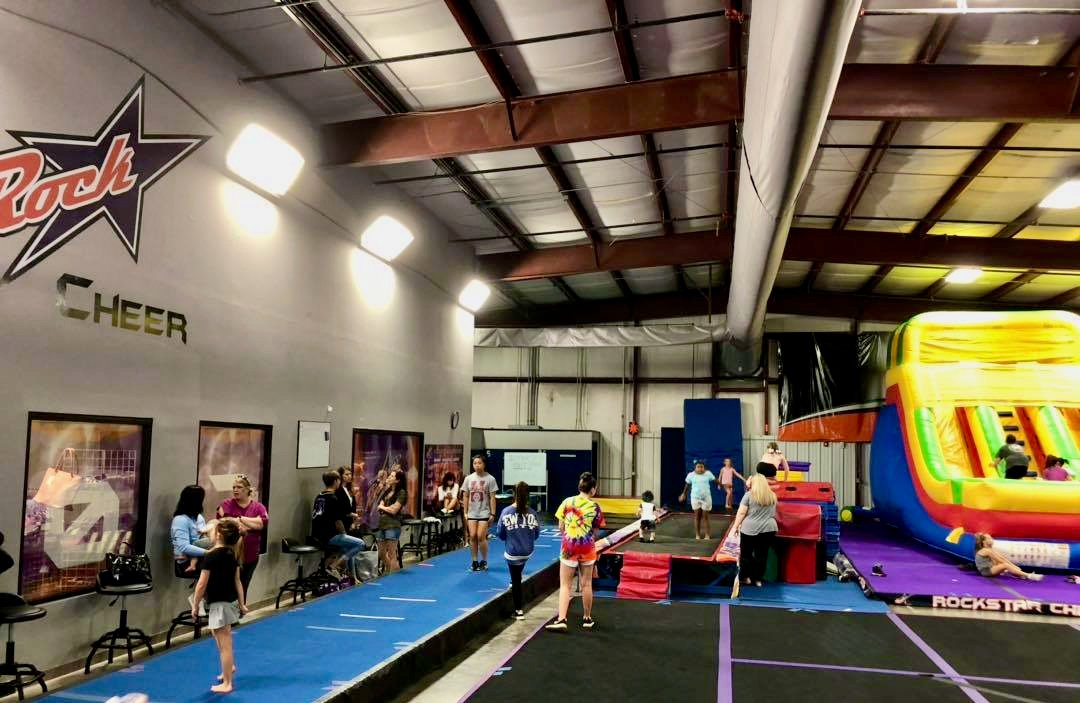 The owner and founder of the Greenville, South Carolina-based Rockstar Cheer gym and dance studio franchise committed suicide in his vehicle at Paris Mountain state park on Monday afternoon, local police have confirmed.

The circumstances surrounding his death remain a mystery, though …

Foster’s office manager Dena Wade told executive producer Amanda Shaw of Fox Carolina that both the family and the gym were “asking for privacy … during this difficult time.”

A native of Mount Washington, Kentucky, Foster (above) was a cheerleader at the University of Louisville in the late 1990s before pursuing a degree in criminal justice – followed by what he thought would be a career with the Federal Bureau of Investigation (FBI).

“I was fully prepared to join the FBI when I completed my masters, but, life threw its curve ball and competitive cheerleading was introduced as a possible career,” he wrote on his online biography. “I knew I could excel as an FBI agent; but I wanted a career doing something I would love each and every day.”

According to Foster, “what really drove me was working with young people and making a positive impact on their lives.”

“There is no greater satisfaction than coaching and making a difference in young people’s lives,” he wrote.

Foster had lived in Greenville since 1999. He married his wife and business partner, Kathy Foster, in 2001 and they founded the company together six years later.

With Rockstar Cheer succeeding beyond its founders’ wildest dreams, what could have motivated Foster to take his own life? As of this writing, there is no confirmed motive – although this news outlet is investigating several reports we have received related to the circumstances surrounding Foster’s untimely passing.


There is an active Greenville County sheriff’s investigation into Foster’s death, although the parameters of that inquiry are not entirely clear – and this news outlet has received conflicting reports as to its potential scope.

The sheriff’s office investigation may not be the only Foster-related inquiry, either.

Stay tuned for much more on this story as we continue to reach out to our network of sources in the South Carolina Upstate. Also, anyone with information on the case is encouraged to contact our tip line.