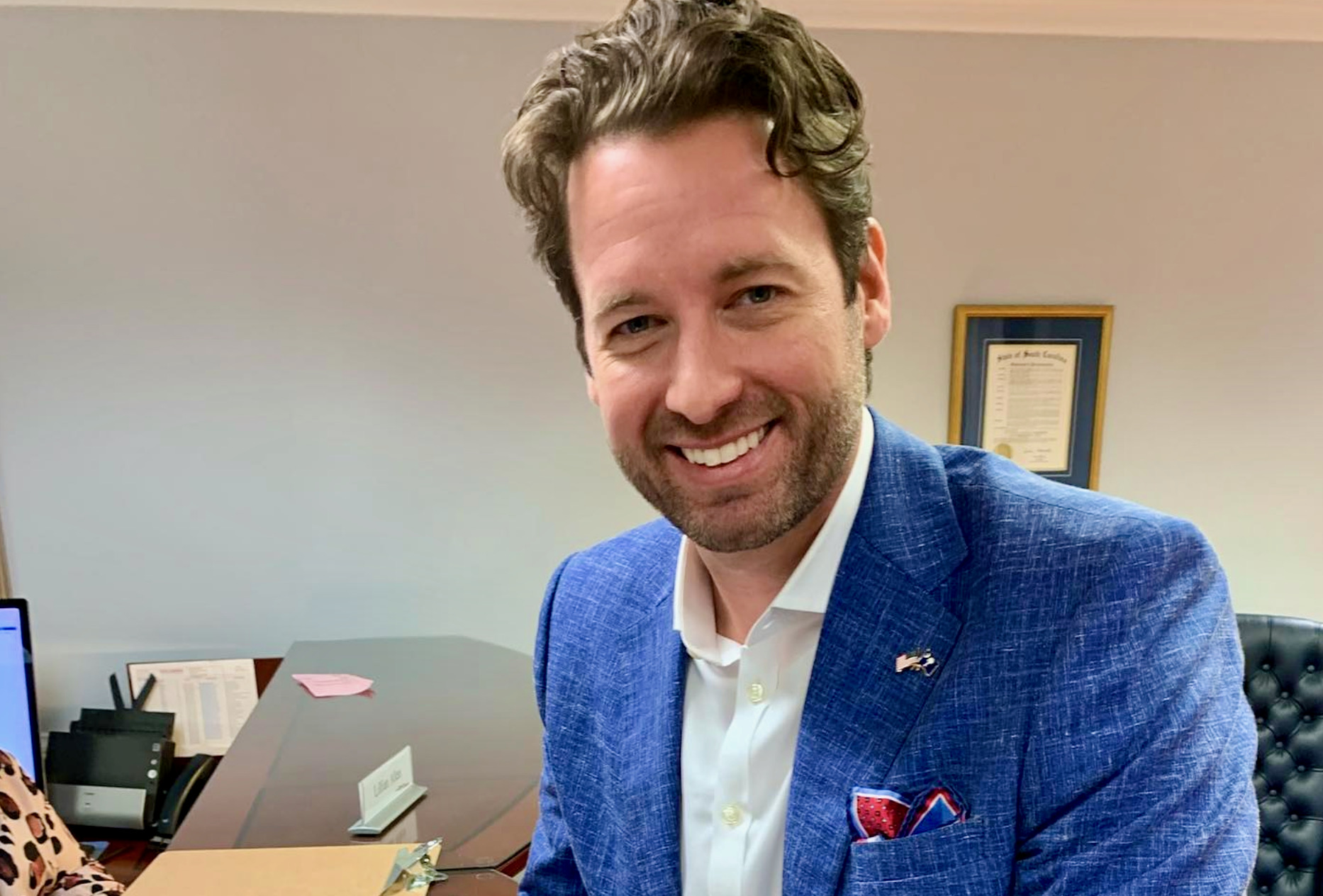 Five years ago – when South Carolina Democrats were struggling to come up with ways to approach the vicinity of the ballpark of relevance in statewide elections – the name Tally Casey first appeared on my radar.

Floated as a potential candidate for attorney general ahead of the 2018 election cycle, I felt Casey was suited for bigger things – and said so at the time.

“She has the potential to be an incredibly viable gubernatorial candidate,” I wrote in July 2017, adding that Casey’s viability could have been enhanced owing to the fact she was “running in an election in which the national tides could favor Democrats.”

She declined to seek office then, though.

Obviously, the national tides will not be favoring Democrats in 2022 – especially not in South Carolina, where the perpetual minority party has failed to win a statewide race since 2006 (and failed to win a top-of-the-ticket statewide election since 1998). Relegated to “super-minority” status following the 2020 elections, Democrats are facing steeper statewide odds than ever this fall given the national economic climate. There is also massive internal strife within the state party – whose establishment pulled all the strings (and pulled out all the stops) to ensure its golden boy, former U.S. congressman Joe Cunningham, became the Democratic gubernatorial nominee.


Following his victory, Cunningham has struggled to find a running mate capable of compensating for his identitypolitik deficiency (i.e. his status as a frat-tastic white “moderate” male running in a party gone full woke). Cunningham may identify as a candidate capable of attracting cross-spectrum Democratic support, but wishing doesn’t make it so … or does it?

This is where Casey reenters the equation … sort of.

Casey’s biography as managing partner of the Wyche law firm was – and is – impressive.

“A former F-16 fighter pilot, Tally serves her clients with a special blend of tenacity, shrewdness, and creativity,” it reads. “Recently recognized as one of the top twenty-five lawyers in South Carolina, Tally focuses on complex matters in commercial and securities litigation, health care and qui tam litigation, products liability, insurance, and aerospace law.”

If you are anything like me, you are probably scratching your head right now wondering … why is a fictitious “ocean engineer” at the top of this ticket and not this amazing woman?

Good question. After being gifted the Democratic gubernatorial nod last month, Cunningham has botched his lieutenant gubernatorial search spectacularly – including the recent release of a shortlist in which arguably the top candidate immediately announced she wasn’t interested in being his running mate (not long after his original top candidate also told him to look elsewhere).

Ouch, right? So … is Casey the top candidate now? Sources familiar with the search process told this news outlet the Columbia, S.C. attorney is at or near the top of Cunningham’s list – although her impressive résumé lacks one key element of identitypolitik the Democratic ticket needs to be more competitive.

Like Cunningham, Casey is white – meaning were she chosen, 100 percent of the Democratic ticket would be the opposite race of a healthy majority (60 percent) of its primary voters.

“(Choosing Casey) would show he has no interest in courting the African American vote,” one prominent Democrat told me on Friday evening.

There’s another problem with Cunningham choosing Casey, though. According to Richland County family court files obtained exclusively by this news outlet, the 52-year-old is in the midst of an incredibly acrimonious custody case with her former husband, Robert Kosciusko – a case in which Casey has been accused of all manner of impropriety (including some potentially criminal conduct).

One source who reviewed the allegations contained in the file – which attorneys are scrambling to seal – referred to them as “disqualifying for someone seeking higher office.”

Some of the alleged conduct Casey has acknowledged in depositions and affidavits related to the pending lawsuit … other conduct she has disputed.

Casey’s attorney, Ashby Jones of Lexington, S.C., declined to comment for this story.

In an effort to be fair to Casey and spare the children involved in this custody action any unnecessary distress, I am declining to publish the specific allegations contained in the family court file at this time. And, it is important to note, in the event they do leak out they are merely allegations – made in the context of a contentious custody battle.

Still, the fact the Cunningham campaign would name Casey to its shortlist after reading these files strikes me as inexcusably irresponsible. Alternately, his campaign choosing to elevate her to such a high level of public scrutiny without knowing these files existed – well, that would represent one of the most egregious failures of vetting I have seen in my two decades of covering Palmetto politics.

And should Cunningham actually name Casey as his nominee next week? Yeah … that could cause the biggest Democratic implosion since the selection of Thomas Eagleton as the party’s vice presidential nominee fifty years ago.

Casey would not be without influential supporters in the event she is chosen as Cunningham’s No. 2, however.

“I’ve known, loved and admired Tally for many years,” former state representative Mandy Powers Norrell told me Friday evening. “She is brilliant and kind. As a combat pilot, she proved her resilience and bravery.”

The 2018 lieutenant gubernatorial nominee went on to say “I don’t know everything about Tally from the years before I met her, but I see her as someone who has walked through fire and emerged with a forthright and compassionate spirit.”

Cunningham did not immediately respond to an inquiry about his vetting of Casey – or whether he had settled on her as his lieutenant gubernatorial choice.

Cunningham, 40, is scheduled to announce his running mate at a press conference in Greenville, S.C. this coming Monday (August 1, 2022) at 5:30 p.m. EDT. Count on this news outlet to provide coverage of that event.

UPDATE: Well, well … it is Casey after all.