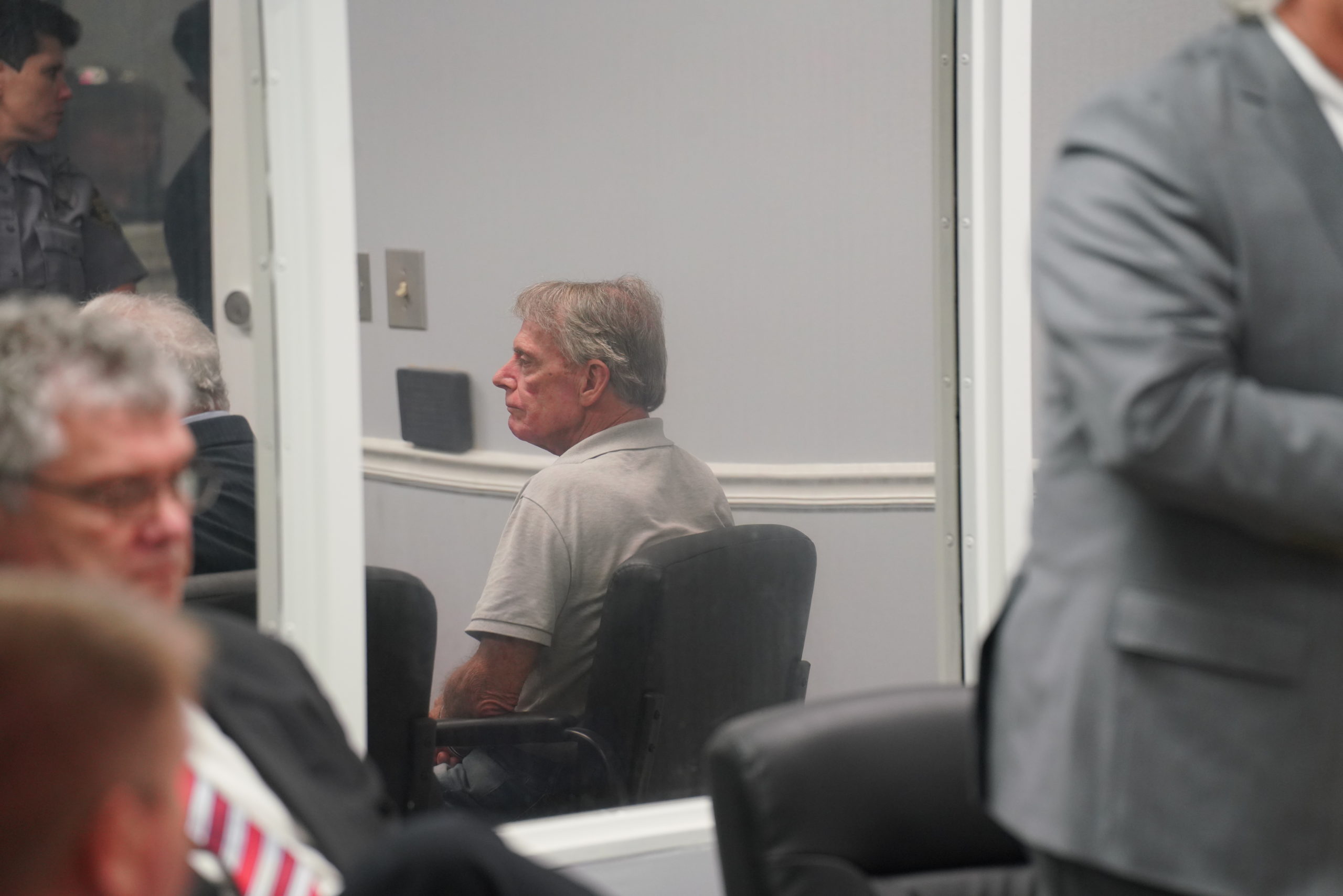 Accused voyeur Rhett Riviere appeared before a magistrate in Aiken County, South Carolina on Thursday afternoon – receiving a $10,000 personal recognizance bond on the latest charges he is facing connected to the Airbnb voyeurism scandal.

A personal recognizance bond means Riviere was not required to put up any money to secure his release from the Aiken County detention center – where he was booked Thursday morning after surrendering to agents of the S.C. State Law Enforcement Division (SLED).

He must surrender his passport, though, and agree to have no contact with any of his alleged victims – a list which is expected to expand exponentially over the coming months.

Riviere, 68, was expected to turn himself in on Friday, but the wealthy local landowner surprised attorneys and prosecutors by appearing at the detention center a day ahead of schedule – a move which sparked a vigorous debate in court over whether the alleged victims in this case had received sufficient notification of the bond proceedings.

The South Carolina Constitution (Article I, Section 24) requires that victims be “reasonably informed” when an accused or convicted person “is arrested, released from custody, or has escaped.” It further affords victims the right to “be informed of and be allowed to submit either a written or oral statement at all hearings affecting bond or bail.”

Magistrate Lauren Maurice concluded “reasonable notification was given” in this case, a decision which was met with considerable consternation from Riviere’s alleged victims and their attorneys.

As I noted in my previous coverage, the volume of evidence SLED has accumulated against Riviere has been described as “substantial” and “overwhelming” – possibly containing as many as “thousands” of voyeuristic images spanning multiple decades.

So far, though, very little information about the alleged offenses has been revealed.

According to a probable cause affidavit accompanying a warrant for his arrest, Riviere “filmed another person … without (their) knowledge and/or consent” while they were in “the bedroom and bathroom of a rental apartment” he owned.

A second probable cause affidavit accompanying another arrest warrant reiterated the language contained in the first charge – but named a second victim.

The names of both victims were redacted in the affidavits.

These incidents allegedly occurred “between April and June 2001.” In both cases, Riviere allegedly filmed the victims “for the purpose of arousing or gratifying … sexual desire.”

This news outlet typically does not identify victims in voyeurism cases, however in this instance one of the victims from the 2001 case – professional polo player Gabriel Crespo – addressed the court regarding the charges and consented to having his name published.

“This man is dangerous,” Crespo told the magistrate. “This man is a predator. He filmed me having sex with my wife. This man should not be part of our community.”

Obviously, there was no such thing as Airbnb back in 2001 – as the San Francisco-based company wasn’t founded until August of 2008. Last June, however, Riviere was charged with voyeurism in connection with a May 2019 incident in which he allegedly filmed a woman in the bedroom of an Airbnb in Aiken, S.C.

Airbnb is also a co-defendant in a civil case involving Riviere. In fact, data obtained in the discovery process of the civil case appears to have been the impetus for the latest criminal charges.

According to Debbie Barbier, who is representing several victims in the civil case, Riviere should have been hit with a sizable bond given the extent of his alleged voyeuristic activities over the years.

“We believe there are many, many victims in this case,” Barbier said during the bond hearing. “We believe he is a predator. There is no telling how many people he victimized.”

Barbier encouraged anyone who may have been victimized by Riviere to contact her law office – or to reach out to her co-counselors on this case, Wes Few and Ryan Beasley of Greenville, S.C.

As for Riviere, he was represented in court on Thursday by attorney Joe McCulloch. According to McCulloch, Barbier engaged in a “carefully choreographed display” – a “dramatic and passionate presentation” – in the hopes of swaying the magistrate to impose a high bond.

McCulloch declined to address the allegations against his client except to say the charges were “serious … but only allegations.”