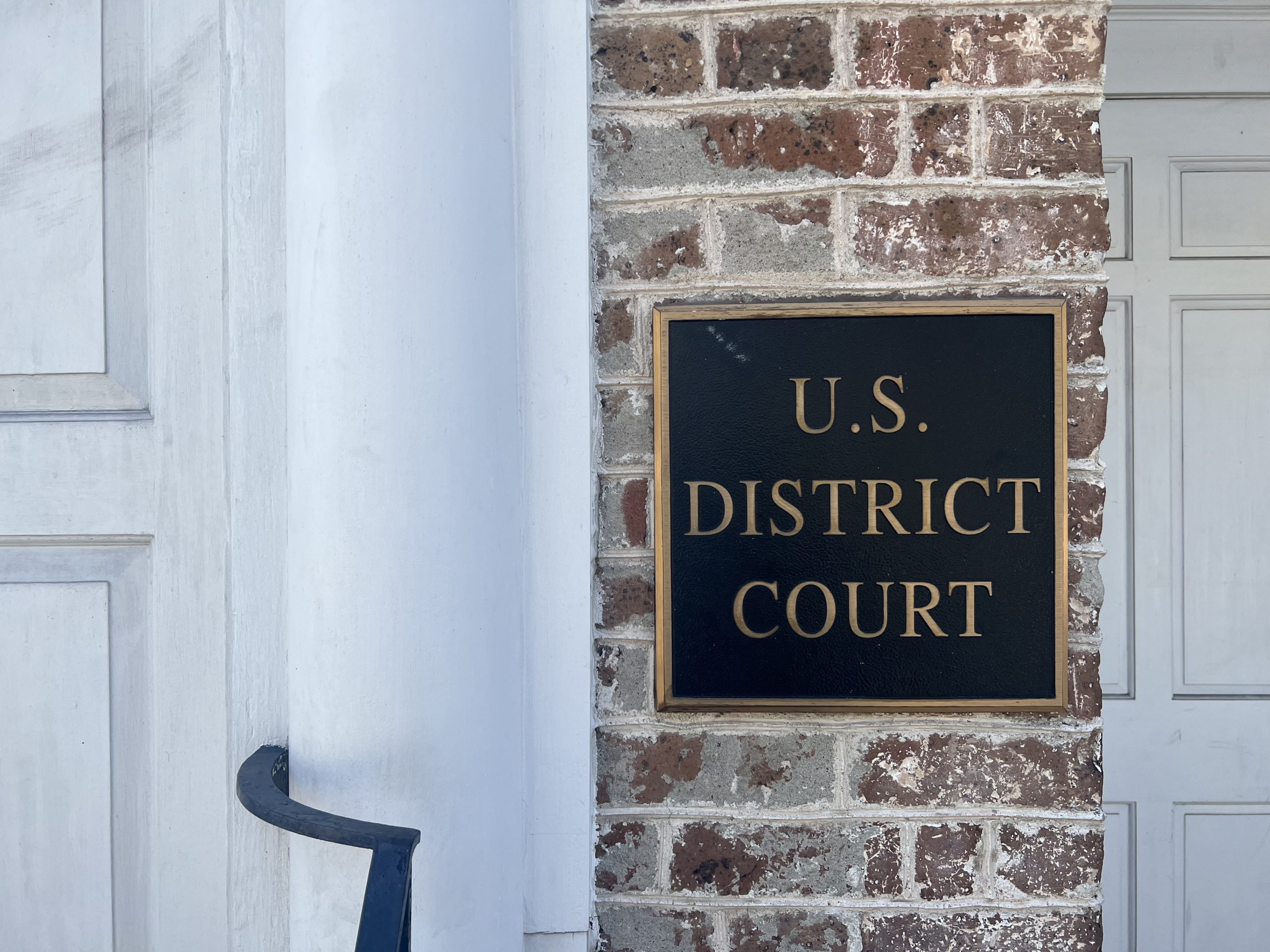 Russell Laffitte, the former CEO of Palmetto State Bank and alleged co-conspirator of Alex Murdaugh, pleaded not guilty Wednesday morning to federal charges that he conspired with a ”Bank Customer” — Murdaugh — to commit bank and wire fraud between July 2011 and October 2021.

Laffitte was indicted by a federal grand jury last Wednesday — on the same day Murdaugh appeared in Colleton County Court to plead not guilty to charges that he murdered his wife and son in June 2021.

It’s these murders that led investigators to what is promising to be the biggest case of corruption in South Carolina’s history.

Federal prosecutors accuse Laffitte of using his role at his family’s Hampton County bank to give himself and Murdaugh around $1.4 million in secret loans from the accounts of clients — including children and a quadriplegic man — for whom Laffitte was serving as conservator or personal representative. The two are also accused of stealing from clients to pay back the unauthorized loans.

Murdaugh, who has been held at the Richland County Detention Center since October, faces 89 state charges, most of which are related to alleged schemes to steal more than $8.5 million from clients. He does not face federal charges.


On Wednesday, Laffitte appeared in U.S. District Court in Charleston, where one of his attorneys, former federal prosecutor Matt Austin, told the judge about the ”overwhelming publicity” surrounding this case, noting that ”much of it is untrue.”

Austin said Laffitte ”truly feels sorry” for the things he’s accused of doing, but that Laffitte ”doesn’t think he committed a crime.”

Austin and Laffitte’s other attorney, former U.S. Attorney Bart Daniel, told the court that they intend to fight the charges. They noted that Laffitte had no desire to leave South Carolina and has the support of his family, as well as the community. They also told the court that Laffitte has been cooperating with law enforcement since September 2021.

Laffitte’s family sat behind him, filling most of two benches.

On Tuesday night, FITSNews published an exclusive report outlining one of Murdaugh and Laffitte’s alleged schemes. You can read that here.

Also in the courtroom Wednesday were attorneys Eric Bland, Ronnie Richter and Scott Mongillo, who represent the Plyler sisters.

Murdaugh initially represented Alania and Hannah Plyler in a 2005 car wreck on Interstate 95 in Hampton County that killed their mother and brother. Both girls — at the time 9 and 12 — were injured in the crash as well.

Laffitte became conservator for the girls in November 2006 — though the girls lived in Lexington County at the time and had no previous connections to Laffitte.

Murdaugh routinely arranged for Laffitte and at least one other employee of Palmetto State Bank to serve as conservator or personal representative to certain clients of his, effectively separating clients from the administration of their large settlements and allowing for the alleged thefts.

According to the federal indictment, starting in July 2011, Laffitte gave himself a total of eight loans from Hannah Plyler’s account. Starting in September 2011, he gave Murdaugh a total of 14 loans from the same account. The loans were given without the knowledge of Hannah or the approval of the probate court.

Alania Plyler-Spohn, now a deputy with the Lexington County Sheriff’s Office, attended the hearing Wednesday with her husband and stood in front of Judge Cherry while Bland and Richter gave a victim’s statement on her behalf.

”Their mother is gone,” Richter said. ”Russell Laffitte was a literal father figure to those girls.”

Richter told the court that though Laffitte had used a portion of the girls’ substantial settlement to buy annuities, he held back a significant amount of that money under the guise of providing for the girls’ monthly expenses, thereby depriving the girls of the fruits of that investment. The annuities, Richter noted, would’ve provided a monthly benefit to cover expenses .

“They had no idea he was using this money to give pocket loans to himself and Alex Murdaugh,” Richter said.

Bland told the court that Laffitte had racked up hundreds of overdraft charges on the girls’ accounts and gave himself a 5% “conservator’s fee” each year.

Laffitte was giving himself and Murdaugh “below market interest rates of 2.25%,” Bland said, yet when Laffitte took out litigation loans on Alania’s behalf from his family’s bank he had no problem charging her a 20 percent interest rate.

While Bland and Richter spoke, Laffitte hung his head. He avoided looking at Plyler-Spohn as she walked past his table.

“This is not a parking ticket case,” Bland said.

Bland and Richter told the judge that they wanted Laffitte to be granted a bond but that they hoped it would be enough to send a message to Laffitte, as well as other sworn officers of the court serving in the fiduciary role of conservator or personal representative.

”They need to honor the law,” Bland said of conservators and personal representatives. ”It’s not your money!”

The South Carolina state grand jury indicted Laffitte in April on 21 counts related to his alleged role in the theft of nearly $2 million. He is currently on house arrest with a $1 million bond and is wearing an ankle monitor. Shortly after he was granted bond, Laffitte motioned for bond reconsideration. That hearing is scheduled for next week, according to Austin.

The conditions of Laffitte’s state bond came up several times during Wednesday’s hearing in which his attorneys coordinated with the judge, prosecutors and representatives of the probation office to figure out how to navigate both.

Cherry forbade Laffitte from speaking with family members, witnesses or other bank representatives about the facts of the case, but will allow his attorneys to do so in preparation for trial.

Laffitte is not allowed to have firearms in the house.

He is also on double house arrest … for now.

Cherry placed Laffitte on an ankle monitor. Because Laffitte is already wearing a state-issued ankle monitor, the prosecution told the court they would coordinate with the state Attorney General’s office to have theirs removed.

Laffitte will be required to pay for federal monitoring of his ankle monitor.

His attorneys also told the court that he would need a wide enough perimeter so he could work on his farm, as well as permission to visit stores related to his farming.

Cherry told them to arranged for that with the probation office.

Before court was adjourned, Daniel asked the court to remind ”outside counsel” not to make extra-judicial statements to the public about the case.

Though Daniel did not name names, it appeared he was referencing Bland, who represents several victims in the case and often speaks out about the Murdaugh case.

”We’re going to fight,” Daniel said loudly, noting that he was asking the court for help in having a fair trial. ”I’m not asking for a gag order.”

Cherry declined to make any statements about extrajudicial statements but told Daniel he could take up the issue of a gag order with Judge Richard Gergel, who will preside over the case moving forward.

Whatever Happened To The Thornblade Scandal?