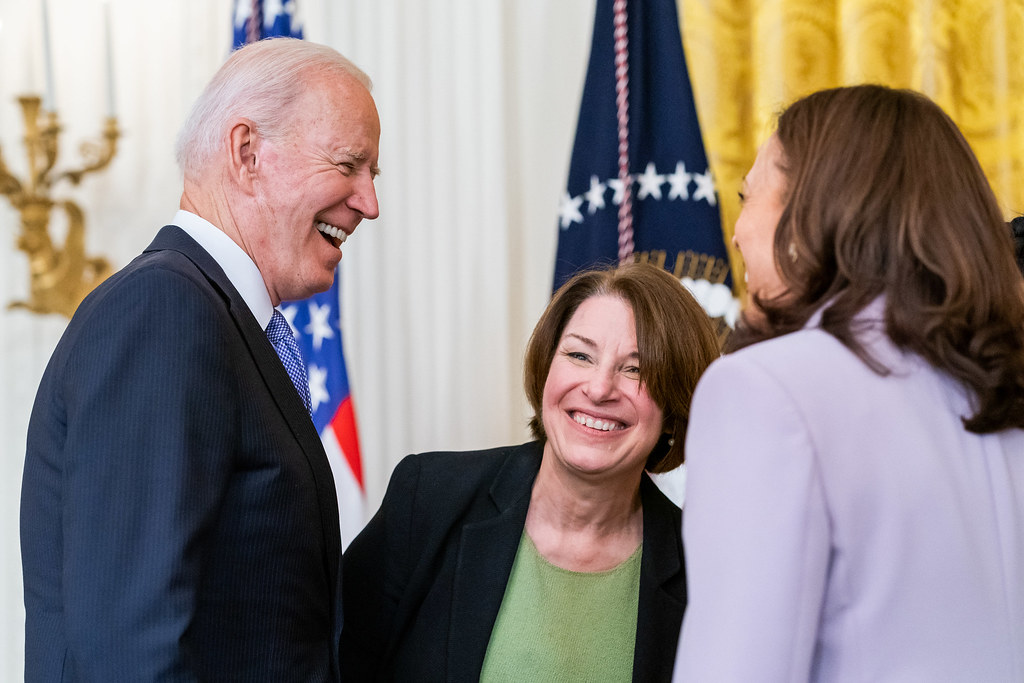 The South Carolina Republican Party heads into the midterm elections coming off major victories two years ago. The SCGOP had a tremendously successful 2020 election cycle that ended with Republicans winning their largest state senate majority in the Palmetto State’s long history. That was achieved with a net pickup of three state senate seats in the same election in which South Carolina Republicans defeated a U.S. Senate candidate who spent $130 million trying to beat Sen. Lindsey Graham.

Yet, proving no one is perfect, the SCGOP has passed a resolution in favor of the “American Innovation and Choice Online Act,” legislation sponsored by Sen. Amy Klobuchar (D-Minn.) that would increase the size and scope of the federal government.

Support for the Klobuchar bill is a massive unforced error and will backfire on conservatives. The bill will make Big Tech censorship worse and gives the Biden Administration new power to control the economy. There is no reason for Republicans to hand Sen. Klobuchar a fake accomplishment to run on in the 2024 presidential campaign.


The bill outlaws a slew of routine business activity for companies over a government-determined size. This is an obvious cap on innovation and economic growth – why would a company want to keep growing only to get hit with crippling new mandates when it reaches some arbitrary government threshold?

If a bureaucrat finds that a company is guilty of any aspect of S. 2992, the government can levy a fine of up to 10 percent of the accused company’s revenue. This severe penalty forces companies to obtain pre-approval from Washington to conduct routine business activity, an obvious chilling effect on future innovation and growth.

Instead of solving the real issue of Silicon Valley censorship, the Klobuchar bill would make it worse by putting Big Tech in a “mother-may-I” relationship with unelected bureaucrats. Want to promote or integrate a new product? Only if Washington says yes. Conservatives can easily envision a scenario where censorship gets worse, not better, if Big Tech censors are working hand-in-glove with Biden bureaucrats.

The progressive left is celebrating the bill because of its potential to ramp up conservative censorship. Senate Dems are pushing for a last minute poison pill amendment that would codify conservative censorship into law. The Center for American Progress endorsed the bill on the grounds that it will spurr “much needed improvements in content moderation and technologies.” Whatever so-called “improvements” that the left has in mind for content moderation will certainly not work out in favor of conservatives.

Additionally, there is no reason for Republicans to hand Democrats a last-minute legislative victory before the midterm election. Inflation is hitting the highest levels since the Carter Administration, and President Joe Biden’s approval ratings continue hitting record lows.

Given President Biden’s collapse in popularity and acuity, Sen. Klobuchar is almost certainly running for president. Democrats have failed to get this bill to 60 Senate votes. Why should Republicans hand Sen. Klobuchar a phony accomplishment to run on in 2024? Instead of going along with this Democrat-led approach, Republicans should wait until they have the majority and can work on legislation that won’t make conservatives worse off.

The Klobuchar bill is a fundamentally flawed piece of legislation that increases government power, likely exacerbates conservative censorship, and hands the left a last-minute win before the midterms. Republicans and conservatives should stay far, far away.

Tom Hebert is federal affairs manager at Americans for Tax Reform and executive director of the Open Competition Center.