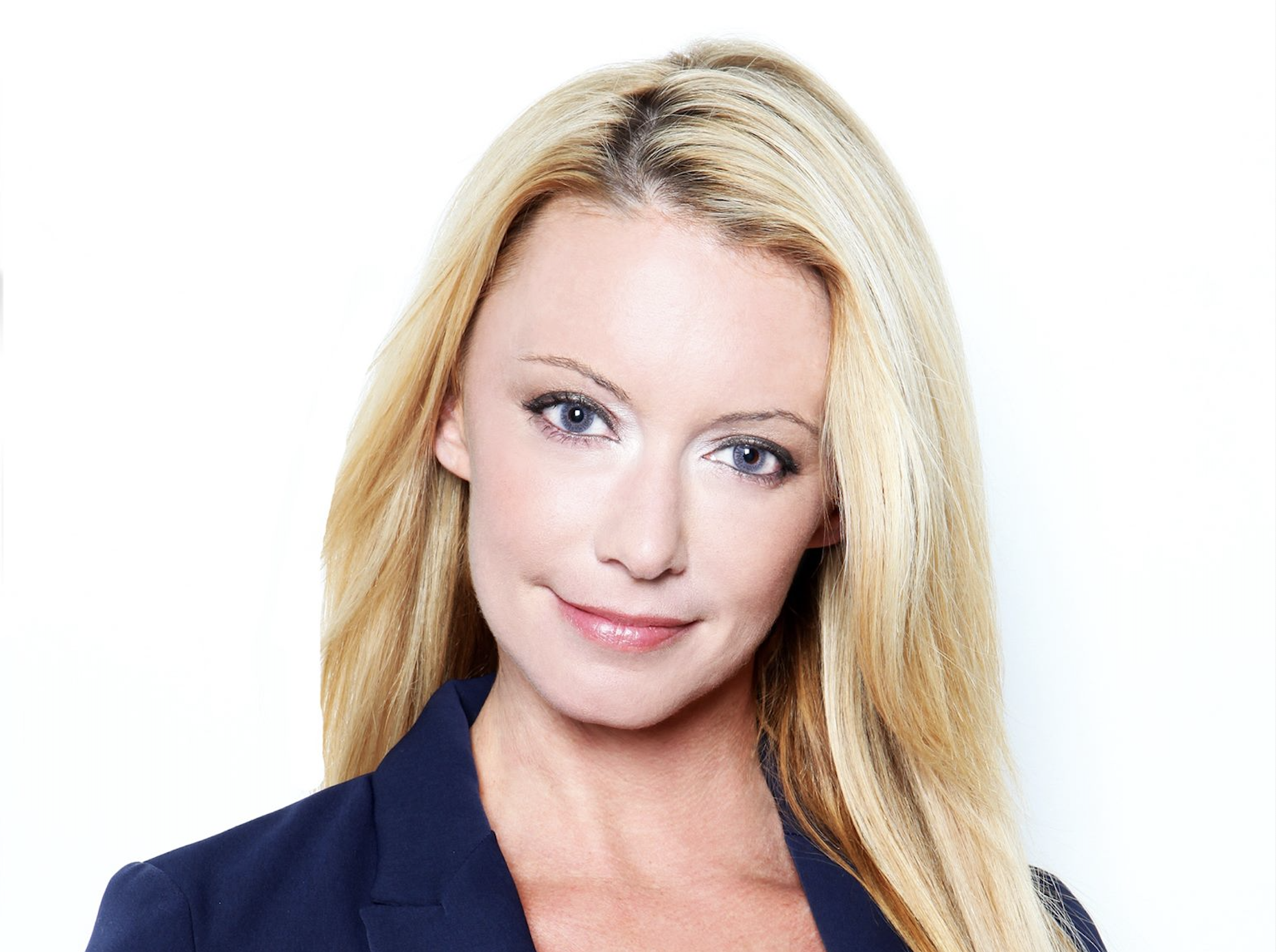 A Lancaster attorney accused of using personal client information to steal money and counterfeit checks to buy a car has been disbarred by the South Carolina Supreme Court.

In the court’s nine-page decision that outlined the Office of Disciplinary Counsel’s findings, Christi Anne Misocky admitted to a litany of misconduct and agreed to pay unspecified restitution and costs.

According to her Facebook page, Misocky specialized in adoption and property law and practiced in North and South Carolina. She is currently awaiting sentencing after pleading guilty to one count of federal conspiracy.

Misocky’s case is yet another black eye against South Carolina’s lawyers, who in some parts of the state— particularly in the Lowcountry — are experiencing a backlash from clients as a result of the ongoing criminal investigations against powerful Hampton County attorney Alex Murdaugh.

The decision against Misocky, however, shows a thorough investigation and strong response by the ODC, which responds to allegations of attorney misconduct.

In March 2019, Misocky’s license to practice law was placed on interim suspension in South Carolina after she was arrested and charged with two counts of forgery.

A year later, she was indicted by a federal grand jury on charges of conspiracy, forgery, counterfeiting and identity theft. The two forgery charges in 2019 were dismissed after the federal indictment.

Misocky is accused of giving “personal client information” to two acquaintances — Howard Everett Anderson and George Dusean Norman, both of Rock Hill — who “used that information to make and pass counterfeit and forged securities in the names of clients.”

“These two other individuals deposited the money from the forged securities into a designated account from which Respondent paid them a percentage of the fraudulently obtained proceeds,” according to the S.C. Supreme Court decision.

Misocky allegedly endorsed the stolen checks and attempted to use another person’s identity to “facilitate a vehicle trade” on Oct. 15, 2018. That same day she is also accused of using a fake driver’s license and Social Security Card and attempting to use them to buy a car at Vehicles Direct in North Charleston.

At the end of November 2018, Misocky “purchased a new vehicle at Rick Hendrick Jeep Chrysler Dodge Ram in North Charleston” using a fake identity, according to the federal indictment.

“On or about Nov. 30, 2018, Christi Anne Misocky passed two counterfeit checks in the amount of $10,500 each with the intent to defraud Rick Hendrick Jeep Chrysler Dodge Ram in North Charleston.”

On Feb. 15, 2019, Misocky was arrested by an officer with the North Charleston Police Department and charged with two counts of forgery, according to the Charleston County Public Index.

According to the federal indictment, on Feb. 26, 2019, Misocky was discovered with the fake IDs, fraudulent checks and client files from her law office.

She is also accused of endorsing stolen checks in the amounts of $693.92 and $1,841.48, possessing and using someone else’s identification, as well as possessing “at least 15 devices which were counterfeit and unauthorized access devices.”

Problems with Misocky began to surface in 2017 when a client accused her of failing to communicate important details about a 2016 child support modification action brought against him.

Misocky “did not communication with Client A … and failed to diligently work on the case,” according to the Supreme Court decision.

Misocky withdrew as counsel in September 2017, and the Office of Disciplinary Counsel sent her a notice of investigation with a request to respond in 15 days. Misocky did not respond, however, and was subpoenaed by the ODC for her client’s file.

Misocky sent an additional response in March 2018, denying the accusations against her but providing no evidence to support the denial.

In December 2016, Misocky was hired to represent Client B in a foreclosure case.

Misocky was “late to the first hearing in the case, and when she did arrive, she was not prepared.” The hearing was rescheduled, but Misocky “failed to appear for the sedan hearing.

“Client B attempted to call Respondent several times with no success. Client B also emailed Respondent in an attempt to reach her, but Respondent did not respond.”

In September 2017, Misocky submitted a revised affidavit of attorney’s fees, requesting $300 more than Client B had already paid. Two months later, a check for more than $44,000 was issued to Misocky and Client B from the public sale of Client B’s property.

The master-in-equity noted the dispute between Misocky and Client B over the attorney fees and ordered Misocky to “deposit the check into her trust account and to pay Client B the proceeds of the sale, plus reimbursement to Client B of any amounts already paid to [Misocky].”

Misocky endorsed the check and tried to deposit it without the client’s endorsement.

“The bank refused the check, and [Misocky] subsequently lost the check.”

On Dec. 28, 2018, the master-in-equity reminded Misocky that she should have properly endorsed the check and deposited the funds, then reissued the check, requiring Misocky to pay the $30 stop-payment fee.

Misocky was again ordered to deposit the check and disburse the funds.

When she followed the order, Misocky held back $5,597.50 for attorney’s fees even those the client only owed $300.

This is when Client B filed a claim with the Lawyers Fund for Client Protection and was awarded $5,297.50.

In November 2017, the ODC sent Misocky another notice of investigation.

Misocky “provided a response … that did not address the allegations of misconduct. Instead [Misocky] blamed her paralegal for encouraging Client B to file a complaint.”

In response to the ODC’s subpoena for the client file, Misocky sent only one email from her paralegal to Client B, one page of the master-in-equity’s order for disbursement of funds and receipts of fee payments Client B made to her.

In January 2017, Misocky conducted a real estate closing on property owned by Client C. After the closing, Client C noticed several errors in the disclosure form.

Client C and her real estate agent tried to contact Misocky “several times” over the next two weeks. She did not respond to calls, text messages or emails, according to the Supreme Court decision.

In February 2017, the client and her real estate agent went to Misocky’s office and met with her. Misocky say she could not find the client’s file. She later emailed a revised closing disclosure to the client, “explaining that last-minute changes in the terms and a software glitch caused the errors.”

Only problem, the revised disclosure form only corrected some of the errors while introducing new errors.

The client sent two registered letters to Misocky asking for an explanation, but Misocky never responded. Instead she overcharged the client by $500 in closing costs.

In January 2018, the client filed a complaint against Misocky and the ODC sent her yet another notice of investigation.

A certified letter and subpoena were “both returned to the ODC as unclaimed.”

In March 2018, Misocky finally responded to the ODC, again blaming the errors on last-minute changes and a software glitch. But she “did not explain why she failed to correct all of the errors.”

She provided some of the documents to ODC but did not give them the complete records.

The ODC received a fourth complaint against Misocky in February 2018, but they were unable to “obtain clear and convincing evidence that [Misocky] had committed misconduct.”

In that case, Misocky did admit to not responding to the ODC’s notice of investigation.

When Misocky was arrested in 2019, her license was placed on interim suspension by the S.C. Supreme Court.

After her federal indictments, the ODC sent her a notice of investation in November 2020. Misocky never responded.

According to the S.C. Supreme Court decision, the North Carolina Bar also began investigating Misocky in 2017.

The investigation was “based on several insufficient fund notices on [Misocky’s] law firm IOLTA accounts with Wells Fargo.”

According to the American Bar Association, an IOLTA account is a “method of raising money for charitable purposes, primarily the provision of civil legal services to indigent persons.”

Misocky said she would cooperate with the North Carolina bar and entered into a “Consent Order of Preliminary Injunction” in August 2017.

As a result, Misocky was prohibited from accepting any money “against any account in which client funds had been deposited.”

Although, Misocky had agreed to provide the Bar with records, she did not provide everything that was asked of her and “stopped communicating or cooperating with the investigation after August 2017.”

In October 2017, Misocky went to a Bank of America in Ballantyne, N.C., and opened two new checking accounts and one savings account in her law firm’s name.

Then she relocated her practice to South Carolina.

She used those accounts through February 2018 and “commingled personal funds with client funds” in them.

On June 7, 2021, the North Carolina State Bar Disciplinary hearing Commission suspended Misocky from practicing law “based on her failure to comply with the investigation of 17 grievances pending against her.”

On July 6, 2021, Misocky entered a plea agreement with the U.S. Attorney’s Office in Charleston.

She agreed to plead guilty to one count of conspiracy in the six-count indictment.

The maximum penalty for the charge is five years in prison, a $250,000 fine, three years of supervised release and $100 special assessment.

“The Defendant understands and agrees that monetary penalties … imposed by the court are due immediately,” the plea agreement reads.

Misocky also agreed to cooperate with the government’s investigation and provide evidence.

In December, a federal judge agreed to continue her sentencing pending the outcome of her co-defendants’ cases.