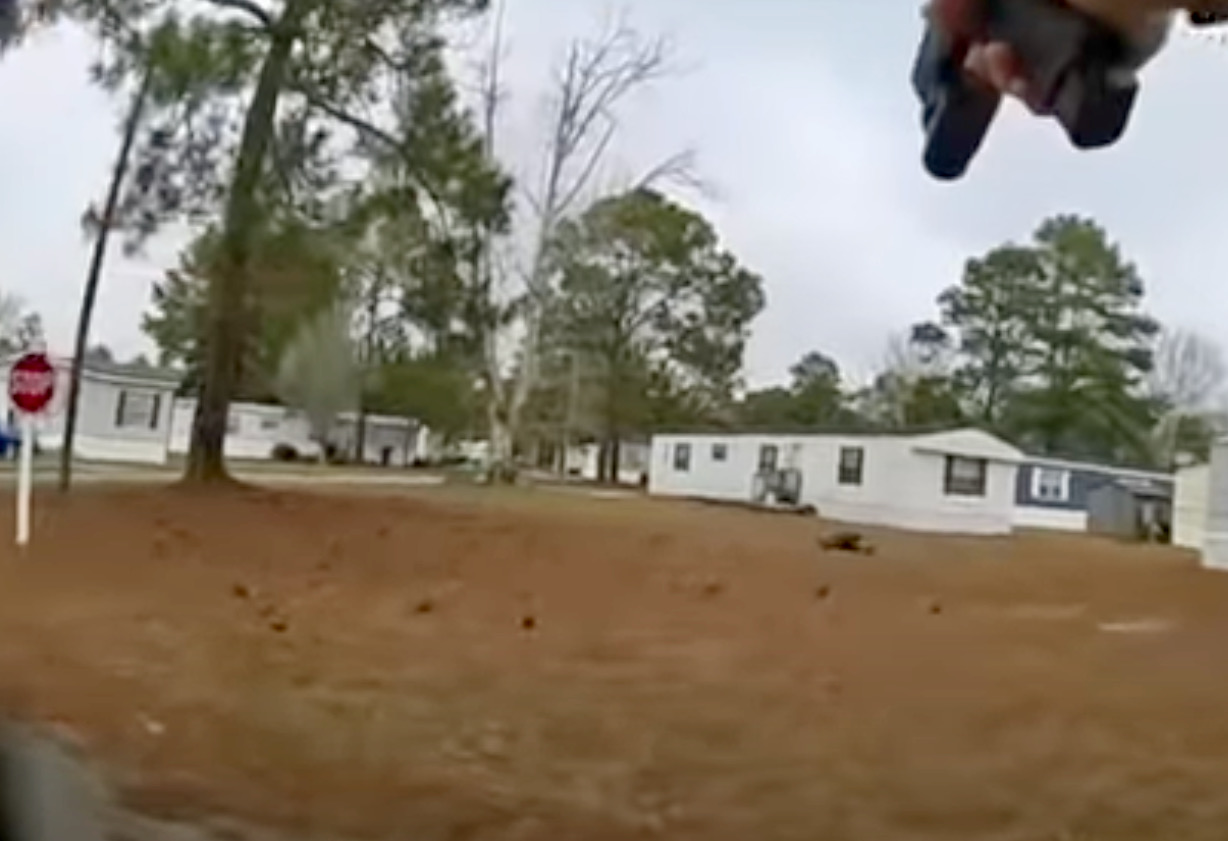 The Florence County, South Carolina sheriff’s office has released body-worn camera video from a fatal officer-involved shooting that took place at a mobile home park earlier this week – a bold move that sets a standard for transparency regarding these incidents moving forward.

The agency also referred the incident to the S.C. State Law Enforcement Division (SLED) for investigation – continuing a welcome shift in policy from its prior handling of such incidents under former sheriff Kenney Boone.

According to Florence County sheriff TJ Joye, the incident took place at 12:59 p.m. EST on Wednesday (January 5, 2022) at the Southern Pines mobile home community located just south of Florence – a city of nearly 40,000 people located in the Pee Dee region of the state at the terminus of Interstate 20.

Abdul Timmons, 27, of Florence was killed in the incident following a foot pursuit through the mobile home park.

“On January 5, 2022, one of our patrol deputies was involved in a shooting incident which occurred in Southern Pines mobile home park,” Joye said in a statement prefacing the release of the video. “We asked SLED to conduct a thorough and independent investigation into this incident and we are cooperating with that investigation. As customary, our deputy has been placed on administrative leave pending the outcome of the investigation – which is just beginning.”

“Body-worn camera video of this incident exists – and has been turned over to SLED,” Joye continued. “This video is not subject to disclosure under the Freedom of Information Act and there is nothing to legally compel us to release it to the public at this time. We have discretion to release it, however, and we are releasing the video today as a part of our effort to be transparent.”

Joye is correct regarding the Freedom of Information Act law. Former South Carolina governor Nikki Haley made a big deal about passing a body camera law in 2015 following the fatal shooting of 50-year-old Walter Scott by former North Charleston, S.C. police officer Michael Slager – however the law she championed did not require agencies to release this footage.

That decision remains solely at the discretion of each individual law enforcement agency.

To his credit, Joye decided to release the video of this incident.

“I would caution the public that the portions of the video which we are releasing are graphic and disturbing,” Joye said. “The video clearly shows the subject threatening to shoot the deputy and pointing (his) weapon at the deputy before the deputy fired his weapon.”

According to Joye, his office has “shared the video with the family of the deceased,” and “they support the release of the video as well.”

“Our hearts go out to them over the loss of their loved one,” Joye said.

“The role of a peace officer is a dangerous job and we are so grateful and blessed to have highly trained individuals to serve the citizens of Florence County,” Joye concluded. “We will now leave the investigation up to SLED and we do not anticipate the release of any additional information.”

As sheriff Joye noted in his remarks, the video is indeed “graphic and disturbing,” so I would encourage viewers to bear that in mind in deciding whether they wish to view the clip …

Based on the video evidence, Joye is absolutely correct in his assessment of what transpired. At the “moment of truth” in this clip – the 4:02 to 4:20 mark – the suspect clearly pointed and presented his weapon at the pursuing deputy.

“I’m going to tase you,” the deputy warned Timmons.

“Don’t you do it!” the deputy warned as Timmons turned and presented his firearm – which appears to be a short-barreled rifle in a handgun caliber (similar to an AR-9).

“Put it down!” the deputy commanded Timmons after he produced the gun.

“Back up!” Timmons responded, still brandishing the weapon.

“Put it down!” the deputy commanded a second time.

“Back up!” Timmons responded a second time, raising his weapon.

At this point, the deputy opened fire – striking Timmons in the hand and the abdomen.

It is not immediately clear from the footage whether Timmons fired – or attempted to fire – his weapon.

The rest of the clip featured the deputy hurriedly summoning emergency medical services (EMS) technicians to the scene and talking to Timmons as he lay dying on the ground.

“Talk to me buddy, are you okay?” the deputy asked Timmons, who is clearly laboring to breathe. “You’re doing good buddy, stay breathing, okay?”

Deputies positioned a cell phone by Timmons’ head as a loved one – an unidentified female – also implored him to keep breathing.

The raw, jarring clip ended with the deputy – his hands covered in blood – collapsing on the ground near Timmons as EMS personnel began their efforts to revive him. Sources familiar with the full body cam clip – which reportedly showed the deputy being taken to the hospital for observation – tell us he was “overcome by emotion.”

“You can hear it in his voice,” one law enforcement spouse in Florence told me, highlighting the trauma of the responding officer – an aspect of these cases which rarely receives any attention.

According to a news release from SLED (.pdf), the agency “will conduct interviews with all potential witnesses” in this case and “collect all relevant evidence” and “forensically test such evidence as needed.” The agency will then summarize its findings in a case file report to be submitted to prosecutors.

The Florence officer-involved shooting was the first in the Palmetto State in 2022. In 2020, there were 49 such incidents – tying a record set back in 2017. Last year there were 40 such shootings.