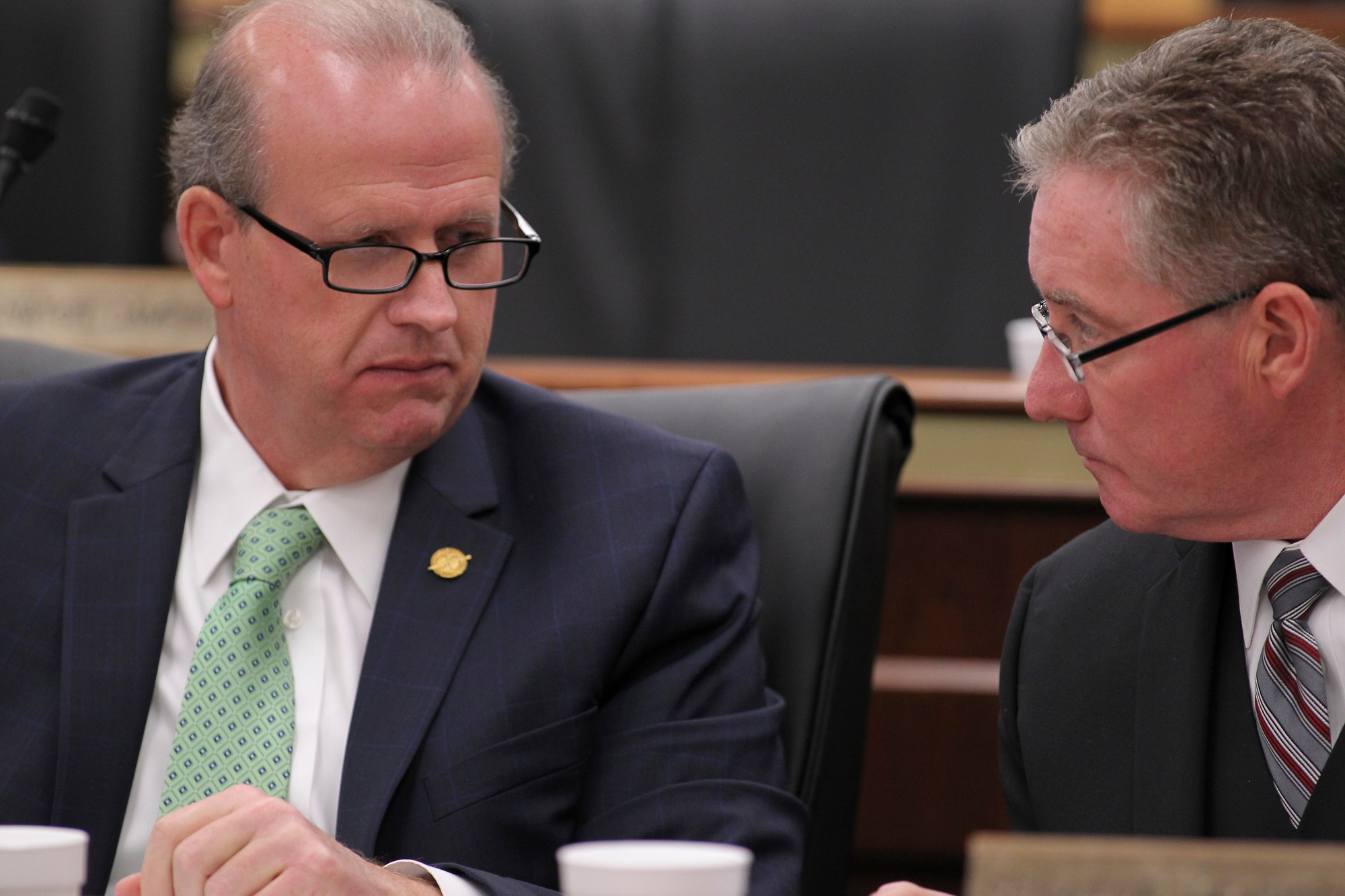 The South Carolina senator who sponsored a statewide ban on federal vaccine mandates is calling out members of the S.C. House of Representatives for failing to pass his bill.

Tom Corbin of Travelers Rest, S.C. issued a statement this week calling out House leaders for engaging in an “old-fashioned dog and pony show” on this hot button issue.

Corbin’s bill – S. 177 – was introduced last December. It holds that “no person in this state may be compelled to undergo vaccination.”

“If a person chooses not to undergo vaccination, then the person’s employer may not subject the person to an adverse employment action, including, but not limited to, a termination, suspension, involuntary reassignment, or demotion,” the text of the bill stated.

Corbin’s bill cleared the S.C. Senate on April 8, 2021 and was introduced in the S.C. House of Representatives five days later. It has been languishing in a House committee ever since, however. Or “collecting dust,” as Corbin wrote on his Facebook page this week.

As I previously reported, lawmakers in the House are divided over how to proceed on this issue – both procedurally and ideologically.

Grassroots GOP voters have made it clear they want lawmakers to take action now in response to ongoing federal overreach on vaccine mandates – and have pointed to Corbin’s bill as the cleanest, most concise way of doing that.

The problem? Lawmakers are not in “regular session,” they are in a special emergency session for the sole purpose of addressing the issue of “redistricting” – the decennial process of reconfiguring electoral borders based on the latest population data from the U.S. Census (or, more accurately, based on their political survival).

Anyway … the rules of this special session limit the subjects lawmakers are allowed to address, and Corbin’s bill is not on the list. To put it on the list (which would enable House members to vote on it), the GOP would need a two-thirds “supermajority” – which is essentially what it has.

So what gives? Good question …

State representative Stewart Jones of Laurens, S.C. has introduced legislation which is on the approved list of measures House members can consider, however his bill – H. 3126 – is unlikely to clear the S.C. Senate due to that chamber’s own procedural hurdles.

“Passing a separate bill from the Senate does nobody any good,” state representative Jonathon Hill wrote on his Facebook page. “It only puts down the political uprising.”


Should Jones’ bill pass the House and fail to receive a hearing in the Senate (a near certainty), debate on the vaccine mandate issue would be shelved until January … all due to procedure.

Well, that’s the excuse, anyway: Legislative leaders actually have some valid ideological points to make in countering the full-court press to ban vaccine mandates – they have just failed miserably to make them.

Their most compelling argument? That federal courts have already enjoined the administration of U.S. president Joe Biden from implementing the three most onerous of these mandates – rendering the state debate over their enforceability superfluous. Indeed, legislative leaders like speaker of the House Jay Lucas have cozied up to S.C. attorney general Alan Wilson – who has been leading the charge against these mandates in federal court.

Additionally, several legislative leaders have questioned whether banning vaccine mandates at the state level would infringe upon the Palmetto State’s status as one of the leading “right-to-work” states in the nation.

”I worry we are creating a new class of protected employees,” one House leader told me on Thursday morning, claiming the conservative push to compel businesses to keep unvaccinated employees at their posts was akin to “Tea Party nanny statism.”

Is that a valid point? Yes … but the question we all must ask ourselves is whether there are individual liberty concerns which outweigh the need to protect businesses from government overreach.

Stay tuned … I look forward to updating readers soon as to how the House plans on extricating itself from this definitional sticky wicket.