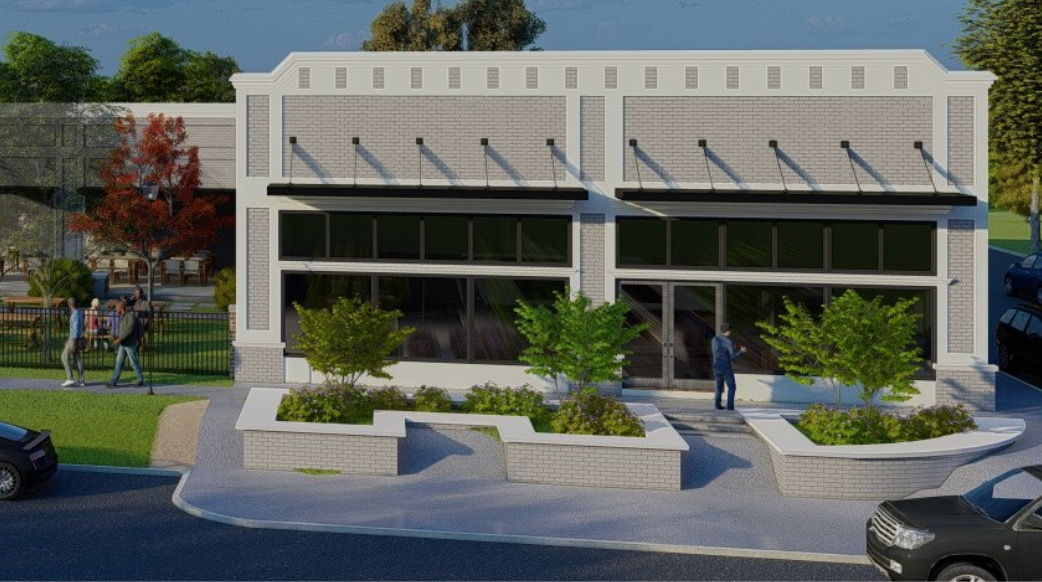 As public safety and taxation issues plague the capital city of Columbia, South Carolina, the nearby town of Lexington, S.C. is experiencing explosive growth. Over the last decade, Lexington has seen its population soar by 31.8 percent (from 17,870 to 23,568 residents according to the latest U.S. Census data).

A big part of that growth is occurring in its Main Street corridor, which is playing host to an influx of new businesses – including a proposed beer garden and restaurant called Navy Yard.

Two years ago, I spent a wonderful week in downtown Lexington as my lawyers and I went up against Johnny Parker and other attorneys from the firm of Peters, Murdaugh, Parker, Eltzroth and Detrick (PMPED) in a high-profile source protection matter. In addition to securing a favorable legal outcome, that week was special to me because I got to know many of the small business owners in downtown Lexington – including individuals who ran local breakfast buffets, coffee shops, sandwich shops, restaurants, bars and various other retail establishments.

I loved the town … and have even thought of moving FITSNews’ headquarters there.

Anyway, Navy Yard is billed as a “premiere biergarten and restaurant in the heart of downtown Lexington.” It was supposed to have opened earlier this year but has run into local opposition – specifically efforts by St. Stephen’s Lutheran Church to deny its liquor license.

Those efforts were successful, too. Back in May, the S.C. Department of Revenue (SCDOR) denied Navy Yard’s alcohol license because attorneys for St. Stephen’s argued the establishment was located within 300 feet of the church


A subsequent investigation by the S.C. State Law Enforcement Division (SLED) determined Navy Yard is actually 310 feet from the church, according to reporter Chris Trainor of The (Columbia, S.C.) State newspaper.

Which means it is eligible for a liquor license … or at least it should be.

The dispute over the distance is scheduled to be heard by the S.C. Administrative Law Court (SCALC) this week, and a judgment on the merits of the law is expected at some point thereafter.

St. Stephens has not said why it objects to the opening of Navy Yard on Main Street, and one of the three owners of the business – Gavin Smith – told Trainor earlier this week that he “has made numerous attempts to resolve issues with church leadership, to no avail.”

Given the silent treatment from the church, I cannot say with certainty why its leadership is so adamantly opposed to this establishment opening in Lexington. According to multiple local sources, though – including several individuals familiar with internal discussions at St. Stephen’s – the church’s opposition could be rooted in the fact Smith and his two business partners are gay (one of them, Matthew Pace, is actually his fiancée).

In fact, many of St. Stephen’s parishioners have reportedly been led to believe Navy Yard is going to be a “gay bar.”

A representative of Navy Yard was not immediately available to comment on these reports, however the rumors of alleged discrimination based on sexual orientation are running rampant throughout the town.

“It’s no secret why they are blocking it,” one business owner told me confidentially.

To be clear: St. Stephen’s doesn’t have to say why it is challenging the legality of Navy Yard’s liquor license. If it believes the conferring of such a license to be statutorily invalid, it can make that case on its legal merit – and its leaders are under no obligation to articulate any further rationale for opposing the establishment.

At least not in a court of law …

But in the court of public opinion? That’s another story.

Worth considering? St. Stephen’s is part of the Evangelical Lutheran Church in America (ELCA), known on the left as the more “progressive” wing of the Lutheran church and known on the right as the “liberal” wing of the church. For years, ELCA leaders have embraced homosexuality – including the ordination of LGBT ministers dating back to 2010.

In 1991, the denomination adopted a resolution stating that “gay and lesbian people, as individuals created by God, are welcome to participate fully in the life of the congregations of the Evangelical Lutheran Church in America.”

In 2013, another resolution encouraged “all ELCA synods, congregations, and members to add their voices in support of legislation that prohibits employment discrimination on the basis of actual or perceived sexual orientation or gender identity.”

The ELCA does not have a formal position on gay marriage, but the autonomy it grants to “individual ministers and their congregations” has resulted in the “celebration of same-sex marriages at many ELCA churches across the country.”

Readers will recall this news outlet addressed many of these issues (extensively) during the debate over same-sex marriages back in 2015.

“This issue is so simple,” I wrote during that debate. “If you can find a church to marry you, then government shouldn’t block your union. Nor should it force any church to perform a ceremony in contravention of its religious beliefs.”

Bottom line? St. Stephen’s is part of a denomination which actively embraces LGBT members – and pastors. Which would make its opposition to this business on those grounds even more bizarre, if that is indeed what is behind this impasse.

While some in Lexington clearly do not want Navy Yard to open, I spoke with many who bristled at the church’s opposition to the establishment – and voiced support for Smith and his fellow owners.

“Gavin and his fiancée have built a beautiful home in Lexington, are great uncles to their nieces and nephews and are really trying to make a positive impact in our community,” one Lexington resident familiar with the situation told me. “We need people like them in Lexington.”

Stay tuned … the SCALC is scheduled to hear this case tomorrow morning (Friday, December 3, 2021). A ruling from the panel is not expected imminently, but I will be sure to keep readers apprised as to the ultimate outcome of the hearing.