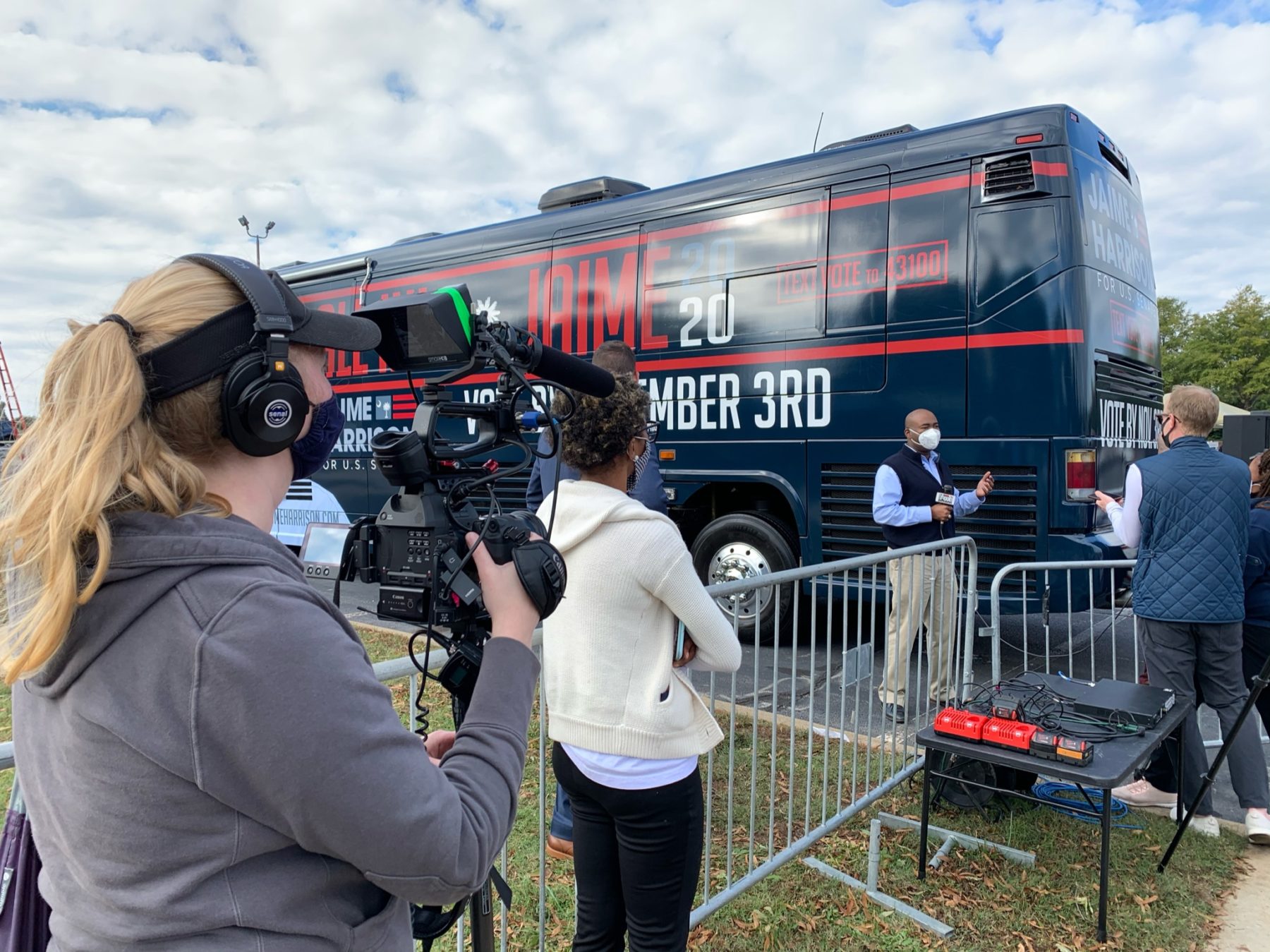 A South Carolina documentary filmmaker is working on a new project which focuses on the 2020 U.S. Senate campaign of Jaime Harrison, the current chairman of the Democratic National Committee (DNC).

Harrison and Graham’s race – which elicited contributions totaling more than $276 million – ended with the incumbent “Republican” thrashing the upstart Democrat. Graham drew 1,369,137 votes (or 54.44 percent of ballots cast) compared to 1,110,828 votes (or 44.14 percent) for Harrison.

Driving this romp? The nationalization of the contest following the death of U.S. supreme court justice Ruth Bader Ginsburg in mid-September.

According to Harrold, she has “known Harrison since she was a toddler.”

“He was a student of her mother’s at the local high school and he babysat her a couple times,” a news release touting the forthcoming documentary noted.


Entitled In The Bubble With Jaime, Harrold’s film is currently “in the very early stages of post-production.”

“We literally were able to pull back the curtain to see the innerworkings of the campaign,” Harrold said. “The most shocking thing was seeing just how challenging it was to campaign during the COVID pandemic. And then add on top of that the national attention the campaign was getting. It was a whirlwind.”

Harrold acknowledged that many view Harrison as “just another blip in the political struggle of Dems trying to win in South Carolina,” however she views his campaign as “more than that.”

“I think the campaign is a harbinger of what is to come: A South Carolina that is getting more and more purple each election cycle,” she noted.

It certainly wasn’t the case in 2020 … and things are clearly not shading that way ahead of the 2022 midterms. So I will be very interested in hearing how Harrold makes her argument on that front.

As for Harrison, his stint as DNC chairman has not been without controversy. Just this week, in fact, Insider published a story alleging infighting within the party.

According to the report, this feud revolves around whether the 45-year-old Orangeburg native is “being given the latitude he needs from his White House-installed lieutenants to succeed ahead of the 2022 midterms and 2024 presidential race.”

It specifically cites “frustrations about how much (Harrison) is being looped in on staffing and operational decisions” as well as alleged “warring with other DNC officials over who controls the party’s valuable voter data.”

Hold up … a war over voter data? That sounds eerily similar to a fight currently taking place amongst “Republicans.”

While GOP divisions are chronicled extensively in the press, Democratic differences are often ignored – or glossed over – by mainstream media. Not at this news outlet. Our regular readers will recall that progressives have rebuked Harrison in the past – which could be one reason he failed to cobble together a winning coalition in South Carolina last fall.

Despite Harrison’s recent electoral struggles – and his current political squabbles – Harrold’s documentary should be worth watching. Also, anyone looking to support her work should visit the film’s crowdfunding page over on Kickstarter.