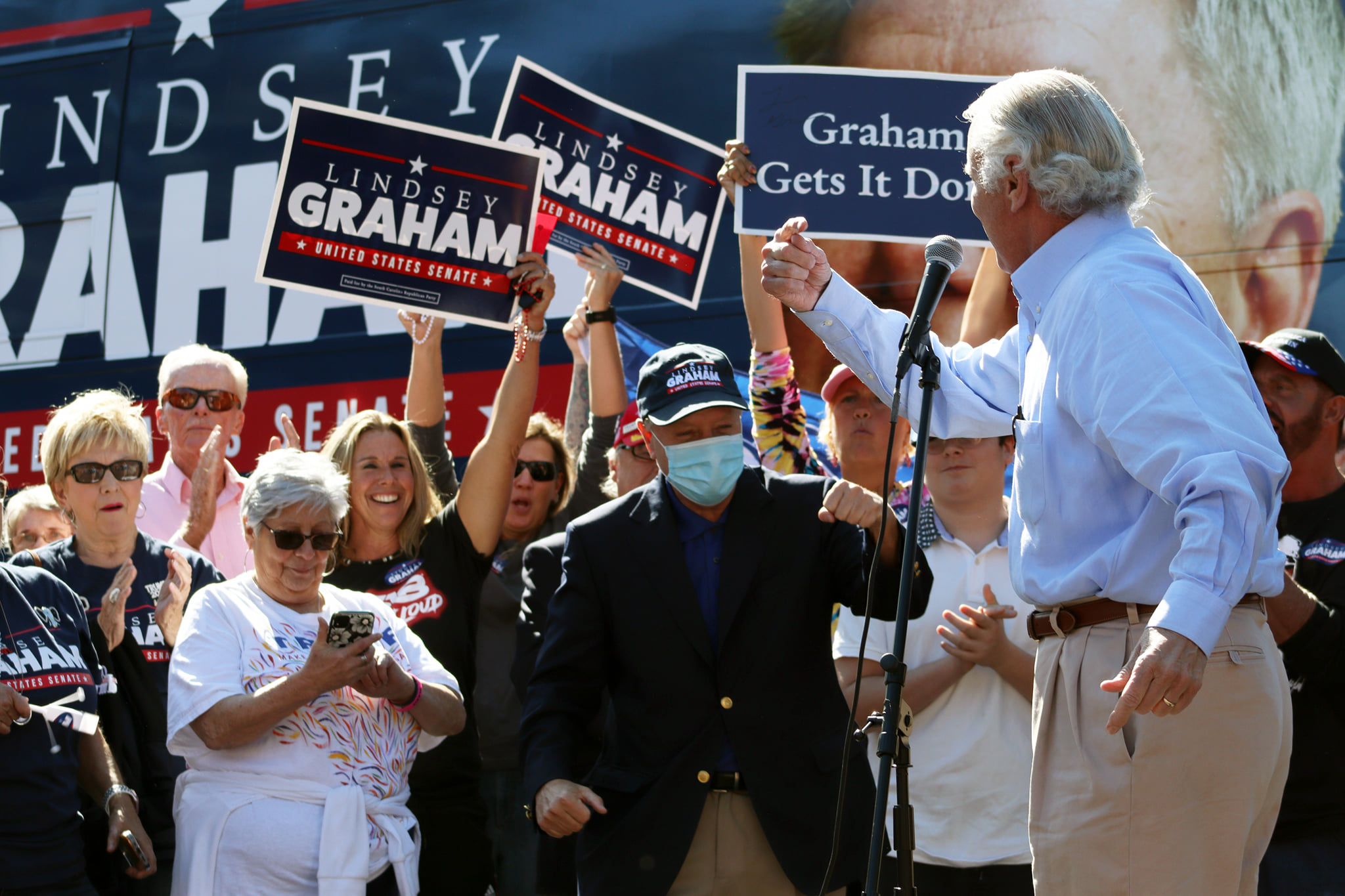 That is an absolutely shocking margin considering Harrison raised more than $100 million in his bid to oust the powerful judiciary committee chairman.

Needless to say, Harrison was forlorn over the outcome … as this race seemed within his grasp as recently as two weeks ago.

“We didn’t get the result at the ballot box that we wanted, but we showed courage and determination,” Harrison tweeted. “We brought hope back to South Carolina. From the bottom of my heart, thank you.”

Graham also mocked Harrison’s anemic performance as “the worst return on investment in the history of America.”

It’s hard to argue with that assessment …

Harrison was supposed to be the Democrats’ best bet to upend Graham, who has repeatedly alienated broad swaths of his conservative base.

Enter Constitution party candidate Bill Bledsoe – who became a lightning rod during this contest as Harrison and his allies sought to drive conservative voters towards him and away from the incumbent.

Bledsoe dropped out of the race in October and endorsed Graham, but his name remained on the ballot – and Democrats did their best to convince conservatives to choose him instead of Graham.

Just call this race another huge miss for mainstream media polling (which showed Graham narrowly ahead of Harrison) … and for the S.C. Democratic party, which believed it had an excellent opportunity to oust a vulnerable incumbent.

by Will Folks
Will FolksNovember 8, 2022November 12, 2022
South Carolina Politics