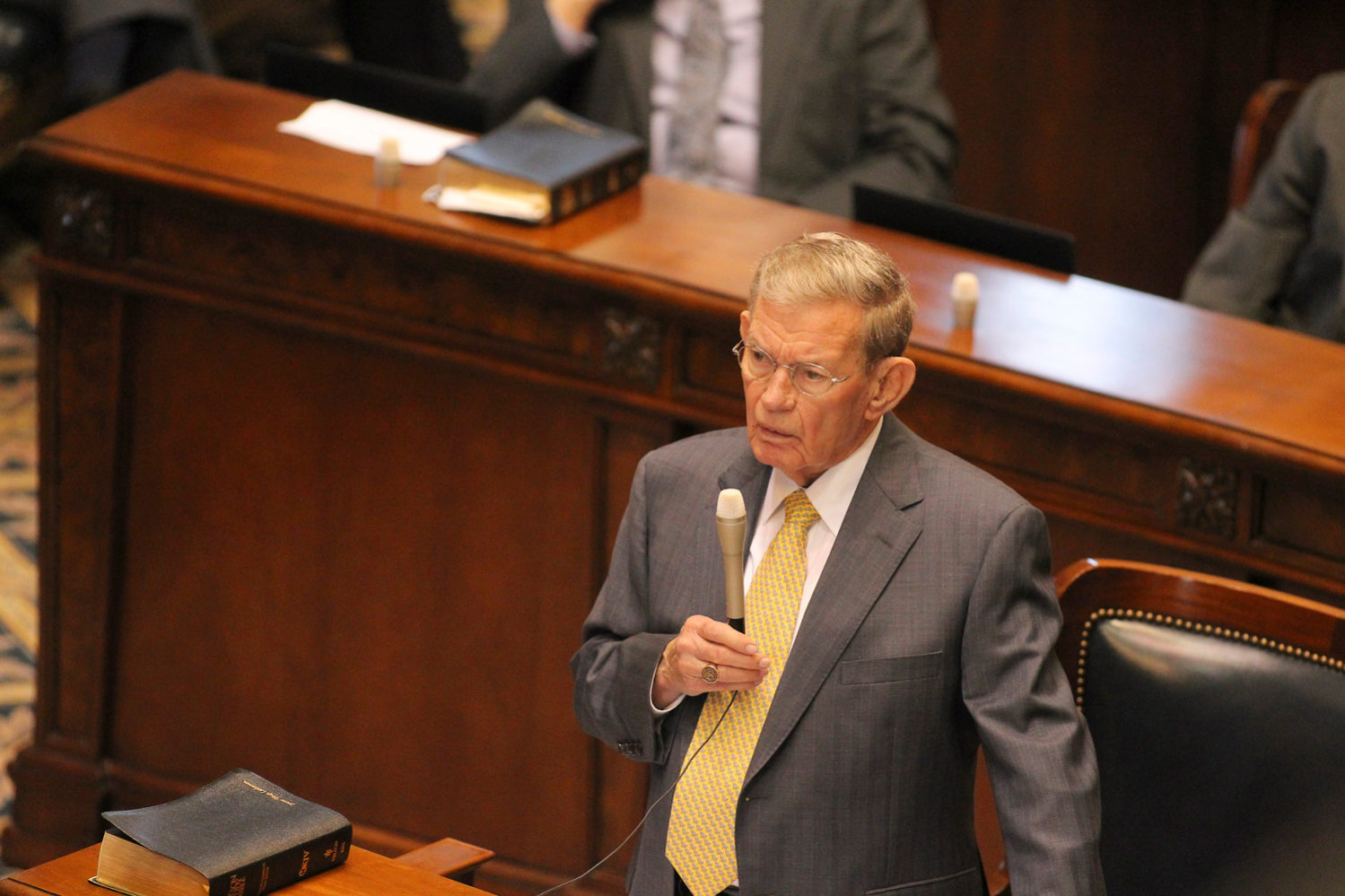 Leatherman’s health has been fading for some time, with the 90-year-old legislative leader being conspicuously absent from several high-profile meetings in recent months. His deteriorating status has already created a power vacuum at the S.C. State House, one which numerous Senate leaders have already been jockeying to fill.

Back in April, my news outlet reported how Leatherman – an unapologetic fiscal liberal – had been returning campaign checks to contributors, signaling to these donors he would not be seeking another term in office. Given that Leatherman was not going to appear on the ballot again until 2024, this news wasn’t entirely surprising – although this report prompted significant speculation at the S.C. State House.

A source familiar with the situation told this news outlet that Leatherman had “aggressive late stage intestinal cancer,” which was reportedly discovered after the diminutive legislative leader was admitted to the hospital complaining of abdominal pain.

“It’s been bad for awhile, but it got really bad after the last surgery,” one of Leatherman’s colleagues told me. “They took him home yesterday.”


Regular readers of this news outlet will recall Leatherman has been dogged by health issues for more than a decade. In December 2014, he collapsed at a museum opening in Florence, S.C. and nearly died.  Six years before that he had some sort of seizure at a restaurant in Columbia, S.C.

After each health scare, though, Leatherman bounced back … and in 2016 (two years removed from his near-death experience) he soundly defeated an electoral challenger whose candidacy was backed by former S.C. governor Nikki Haley. This victory cemented Leatherman’s dictatorial hold on power at the S.C. State House – and further frustrated the efforts of so-called “reformers” in state government.

As I have previously noted, Leatherman has spent the last forty years “amassing unrivaled institutional influence and accumulating unprecedented political power” in Columbia – especially over the state budget.

“The void that would be created in the event Leatherman were to leave the Senate (however that happened) would be immense – and unlikely to be filled by just one person,” I wrote back in April. “Like him or not, the man is an institution in Palmetto politics – and you don’t just ‘replace’ institutions, you try to straddle the event horizon accompanying their collapse and gradually adapt to the new reality created by their absence.”

Speaking of this new reality, Senate president Harvey Peeler – who took his seat in the chamber with Leatherman way back in 1981 – is expected to surrender his leadership post to become the next chairman of the finance committee, which along with the House ways and means committee dictates the doling out of the state’s $32 billion annual budget.

Peeler’s move to fill Leatherman’s seat will set off a battle for the Senate presidency, although according to my legislative sources several top contenders for this job will likely opt to keep their current posts as chairmen of various Senate committees.

So, that battle could be short-lived … and starved of contenders.

Obviously, there will be a time and place to delve into these machinations in further detail … but now is not that time.

As one of Leatherman’s fiercest critics over the years, I have been unflinchingly honest in assessing his policies and politics – and rest assured I will be unflinchingly honest in assessing his legacy at the appropriate time. Again, though, now is not that time … now is the time to wish Leatherman, his family and friends every peace and comfort as they confront this incredibly difficult time.