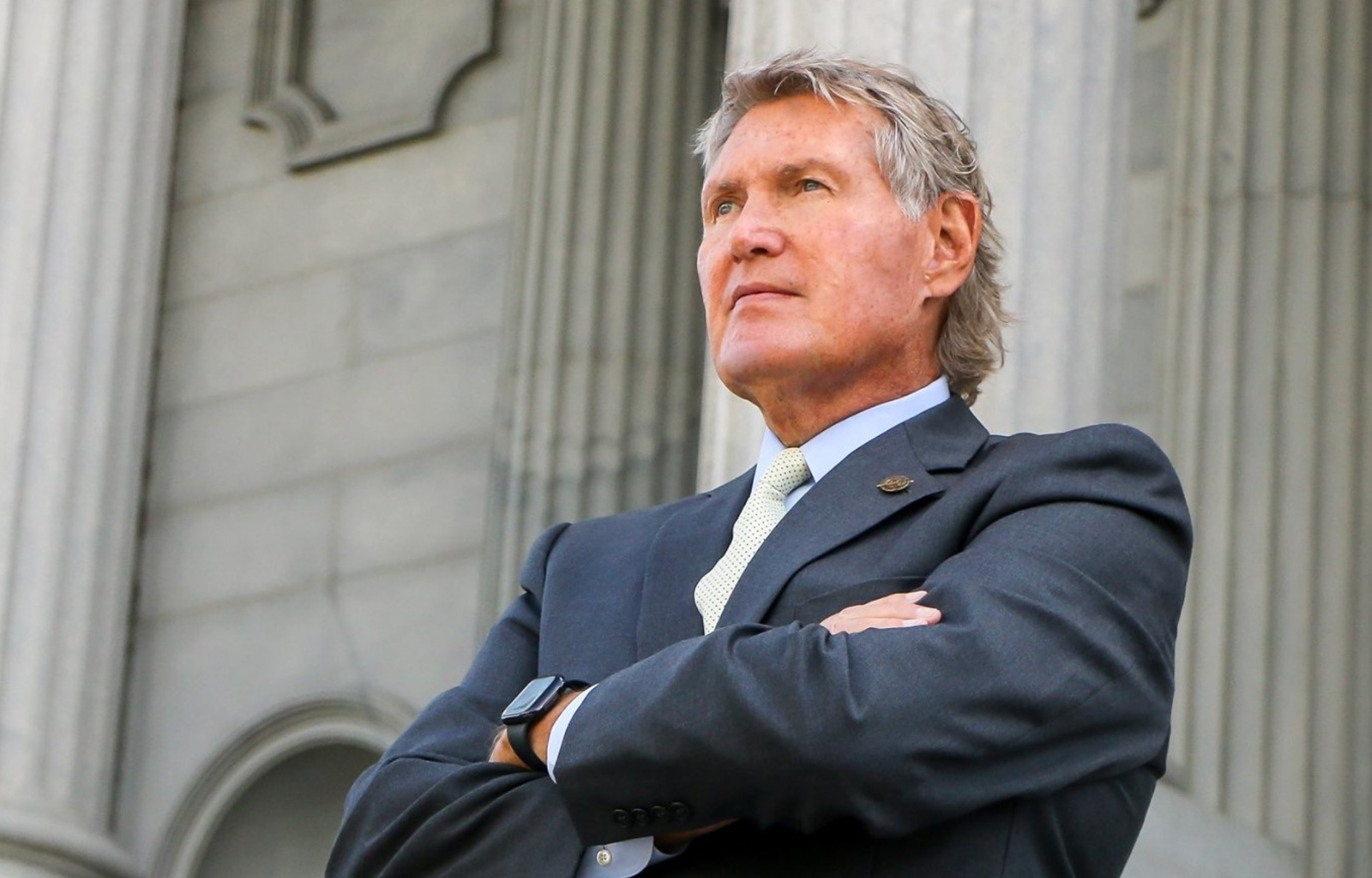 This week, my news outlet published several stories regarding the status of powerful South Carolina Senate finance committee chairman Hugh Leatherman – a Palmetto political institution who for the past two decades has wielded near dictatorial control over the state’s ever-escalating budget.

My first story focused on how Leatherman – an unapologetic fiscal liberal – has been returning campaign checks to contributors, signaling to these donors that he will not be seeking another term in office. Given that Leatherman is not on the ballot again until 2024, this news wasn’t entirely surprising – although this report prompted significant speculation at the S.C. State House this week in light of a recent health scare involving the aging legislative leader.

A follow-up story published yesterday delved into how any changes in Leatherman’s status could conceivably impact the plans of S.C. Senate majority leader Shane Massey – who has all-but-announced he is running for governor of the Palmetto State in 2022.

These two stories have prompted a flood of incoming messages related to Leatherman’s condition – especially in light of his conspicuous absence from his own committee’s budget deliberations earlier this week. Typically, the diminutive “former” Democrat dominates budget discussions at the State House – exerting his will over broad swaths of the state’s $30 billion spending plan.


This year, the go-to legislative leader when it comes to budget matters is Senate president Harvey Peeler, who took his seat in the chamber with Leatherman way back in 1981. I’m reliably informed that Leatherman will be in attendance when the full Senate takes up the budget later this month – but that everyone in the chamber is looking to Peeler to lead the negotiations.

“Definitely a power vacuum occurring,” one source familiar with the situation told me on Friday morning.

Rumors have been flying in State House circles this week as to the severity of Leatherman’s condition – with some suggesting the liberal leader is at death’s door. Others say his situation is nowhere near as serious as has been discussed – and that Leatherman’s rivals are exaggerating his health woes for their own political gain.

Officially, staffers on the Senate finance committee have told lawmakers nothing about Leatherman’s condition. The only public announcement about his status – made during a committee meeting earlier this week – indicated that the Lincoln county, North Carolina native was “resting” at his home in Florence, S.C. due to over-exertion.

The committee announcement did not reference that Leatherman had undergone any recent medical procedures.

What is the real story? Here is what I have been able to piece together …

According to multiple sources familiar with the situation, Leatherman underwent an emergency heart operation after reportedly collapsing at his home sometime last month. I have received conflicting reports as to what sort of heart issue may have precipitated his collapse – and what was done by surgeons to correct it.

Suffice it to say, any heart operation involving a 90-year-old is a serious matter.

How is Leatherman faring in the aftermath of this procedure? Sources who attended the April 9, 2021 opening of a troubled port terminal in Charleston, S.C. bearing his name told me the veteran lawmaker appeared “frail and disoriented” during this event.

One attendee at the port event put it much more bluntly.

“The surgery (took place) before he went down to the port,” one senator told me this week. “Then he overexerted himself on the port trip which led to him missing another week of session.”

Regular readers of this news outlet will recall Leatherman has been dogged by health issues for more than a decade. In December 2014, he collapsed at a museum opening in Florence, S.C. and nearly died.  Six years before that he had some sort of seizure at a restaurant in Columbia, S.C.

After each health scare, Leatherman has bounced back … and in 2016 (two years removed from his near-death experience) he soundly defeated an electoral challenger whose candidacy was backed by former S.C. governor Nikki Haley. This victory cemented Leatherman’s grip on power at the State House – and further frustrated the efforts of so-called “reformers” in state government.


“The void that would be created in the event Leatherman were to leave the Senate (however that happened) would be immense – and unlikely to be filled by just one person,” I wrote on Wednesday. “Like him or not, the man is an institution in Palmetto politics – and you don’t just ‘replace’ institutions, you try to straddle the event horizon accompanying their collapse and gradually adapt to the new reality created by their absence.”

For the moment, though, the “new reality” in the Senate in Leatherman’s absence consists of one man – Peeler.

Currently in his third year as Senate president, Peeler previously served as the majority leader of the chamber from 2005 to 2016. A native of Gaffney, S.C., he is the brother of former S.C. lieutenant governor Bob Peeler – a fellow dairyman. More importantly as it relates to the present conversation, he has served as vice chairman of the finance committee since 2007 and would likely be in line to succeed Leatherman in the event of the latter’s death, resignation or incapacitation.

Certainly others will be vying to fill the vacuum, too … including Massey and S.C. Senate judiciary chairman Luke Rankin.

I will do my best in the days ahead to bring my readers the very latest, most reliable information I am able to gather about Leatherman’s condition – as well as the power vacuum his latest health scare has set into motion. In the meantime, though, I would encourage everyone – including those who have been harshly critical of Leatherman and his policies over the years (like me) – to keep him, his family and his friends in their thoughts and their prayers.

Politics (especially in South Carolina) is far too often lacking in both humility and humanity … and this is an opportunity for all of us to show a little bit of both.