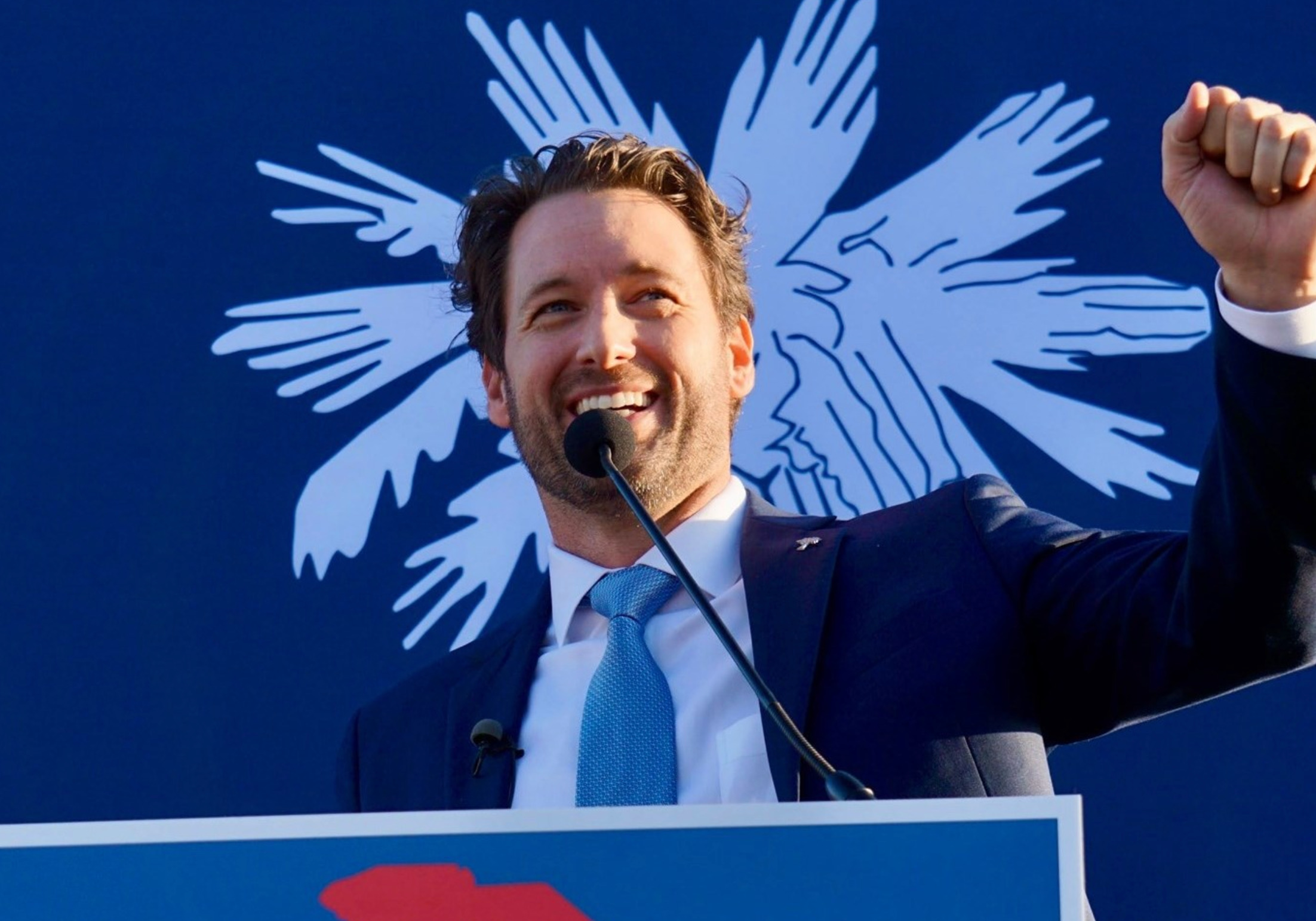 I don’t mean to throw shade on political pollsters, but unless a survey comes from The Trafalgar Group – the Atlanta, Georgia-based firm run by strategist Robert Cahaly – I take any numbers I am provided with the proverbial ocean of salt. Why? Because in an age in which we are told to “trust the science,” polling has become utterly unscientific.

As a result we wind up with inaccurate data, bad numbers which are reflexively regurgitated by partisan mouthpieces and touted by corporate media as gospel … (at which point all the sheep go “baaaa”).

Two months ago, the American Association for Public Opinion (AAPOR) published a report which found historic errors in national polling – specifically, a 4.5 percentage point miss as well as a 3.9 percentage point overstatement of the margin between former U.S. president Donald Trump and his successor Joe Biden.

In Biden’s favor, of course …

“The 2020 polls featured polling error of an unusual magnitude: It was the highest in 40 years for the national popular vote and the highest in at least 20 years for state-level estimates of the vote in presidential, senatorial, and gubernatorial contests,” the report concluded.

Rather than seeking to accurately assess the predilections of the people, political polling has become nothing more than an instrument of propaganda.

How do I know this? Because I participated in precisely such a “propaganda” poll yesterday.

As I sat in Lexington county, South Carolina courtroom awaiting a hearing in one of the civil cases tied to the ‘Murdaugh Murders’ true crime saga, my smart phone buzzed with a message from “David” at Public Policy Polling – a Democratic-leaning firm based in Raleigh, North Carolina.

PPP boasts it has “consistently been nationally acclaimed as one of the most accurate pollsters” in the nation.

“Our results have been proven across numerous presidential, senate and gubernatorial races,” the firm notes on its website.

Is that true? Possibly. According to the website FiveThirtyEight, which grades pollsters on “historical accuracy and methodology,” PPP currently has an “A-” rating. The firm has correctly called 79 percent of the races it polled, which would certainly put it ahead of most of its peers, assuming you believe the FiveThirtyEight assessment.

Based on my experience with PPP yesterday, I would caution against that …

Its survey began with a baseline question, asking me whether I approved or disapproved of Biden’s job performance (for the record, I do not). Then it asked me whether I approved or disapproved of the job performance of S.C. governor Henry McMaster (again, I answered in the negative). Next, the survey sought to ascertain my thoughts on Biden and McMaster’s handling of the coronavirus pandemic – and once again I availed myself of the opportunity to rebuke both career politicians (even though conventional political wisdom holds they are diametrically opposed on this issue).

Having “dispensed with the pleasantries,” so to speak, the survey finally got to the point – asking whether I had a “favorable or unfavorable opinion” of former U.S. congressman Joe Cunningham, one of two Democrats running for governor of South Carolina in 2022. Again, I answered in the negative (although I do support some of his proposals).

The next question asked as follows: “If the election for governor was held today, and the candidates were Democrat Joe Cunningham and Republican Henry McMaster, who would you vote for?”

Given my disdain for both candidates, I did not make a selection. However, I did make a choice on the very next question – which asked me to select between “voting to reelect Henry McMaster” or picking “someone new.”

I chose “someone new.” Sadly, though, it does not appear at this point as though the “someone new” I believe South Carolina needs is going to seek the office …

The survey shifted back to national politics with a 2020 baseline question, asking whether I voted for Trump or Biden in 2020. Again, I answered “neither” (here was my 2020 presidential choice, for those of you who want to look in the rearview mirror).

After several demographic questions seeking to ascertain my gender, political affiliation, race, age and educational attainment, the poll delved into various Covid-19 issues – including questions about “vaccine requirements” and mask mandates. And as expected, the poll also asked about Cunningham’s signature issue – the legalization of marijuana in South Carolina.

Up to this point in the survey, nothing in the PPP poll struck me as particularly out of the ordinary. Some of the wording of the Covid-19 questions seemed modestly skewed, but there was nothing in the poll I would classify as excessively biased. Its last two questions, though, veered far afield from objective information gathering and began to tread into the realm of “push-polling.”

Well, perhaps not quite “push-polling” (which you can read more about here) – but at the very least leading questions aimed at influencing the opinion of respondents.

“Democrat Joe Cunningham is a Charleston attorney and a former congressman,” the next-to-last question on the survey noted. “Cunningham says it is time to get back up and build a better South Carolina. He will fight for good-paying jobs across the state, will fully fund public schools and will expand access to affordable, quality healthcare in South Carolina.”

(Via: Joe Cunningham for Governor)

Hmmmm … is there a question coming here? Or is this just a Joe Cunningham infomercial?

I mean seriously … at this point I was kind of surprised the poll didn’t include a screenshot of his ribald beach booty picture.

Eventually, there was another interrogatory – with the pollster wanting to know whether I found this to be “a very convincing, somewhat convincing, or not too convincing reason to vote for Joe Cunningham?”

I answered in the latter, by the way …

The poll concluded with a re-asking of the 2022 gubernatorial ballot question: “Having read all the information in this poll, let me ask you again: If the election for governor were held today, and the candidates were Democrat Joe Cunningham and Republican Henry McMaster, who would you vote for?

Again, I chose neither …

I cannot tell whether Cunningham’s campaign paid for this poll – or whether it was a donor or a supportive political action committee that paid for. Hell, maybe no one paid for it and PPP is merely auditioning for work with the Cunningham campaign.

Either way, it will be very interesting to see whether the results of this survey are ever publicly released. And if so, whether PPP makes it clear which set of gubernatorial polling data it is releasing.

Cunningham, incidentally, is still a long way from becoming his party’s nominee for governor in 2022. He is facing an eminently credible challenge in next June’s primary election from second-term state senator Mia McLeod.

(Via: Mia McLeod for Governor)

McLeod (above) was first elected to the S.C. General Assembly in 2010 – serving three terms in the S.C. House. She was elected to the S.C. Senate in 2016, and recently won a second four-year term in that chamber. McLeod was targeted for defeat by GOP interests during the 2020 election cycle, but she easily beat back those broadsides. In fact, she garnered a whopping 62.2 percent of the vote last November in what used to be considered a “swing” district.

As I have previously noted, more than 60 percent of Democratic primary voters are black – and may be disinclined to give their party’s nomination to a white male for the seventh consecutive election cycle. Seriously … you have to go all the way back to 1990 to find the last black Democratic gubernatorial nominee, and McLeod could easily capitalize on building resentment within the black community over this ongoing marginalization.

She could also capitalize on frustrations felt by many “progressive” South Carolina voters, who view the ostensibly “moderate” Cunningham as “McMaster Light.”

Bottom line? Cunningham’s anointing as the Democratic gubernatorial nominee is far from a done deal … which could explain why his supporters might be looking to put poll numbers into the bloodstream that show him as “competitive” in a head-to-head election against McMaster.

The 2022 general election next November is unlikely to be even remotely competitive given the extent to which the GOP dominates electoral politics in South Carolina. While the party is badly splintered (and chronically hypocritical), it nonetheless currently holds all eight statewide elected offices, both U.S. Senate seats, six of seven congressional districts and enjoys near supermajorities in both chambers of the S.C. General Assembly.

Given the hyper-nationalization of partisan races, expect the GOP tide to continue advancing in the Palmetto State next fall barring some seismic shift in ideological tectonics – meaning statewide races will be won or lost in the GOP primary, period.