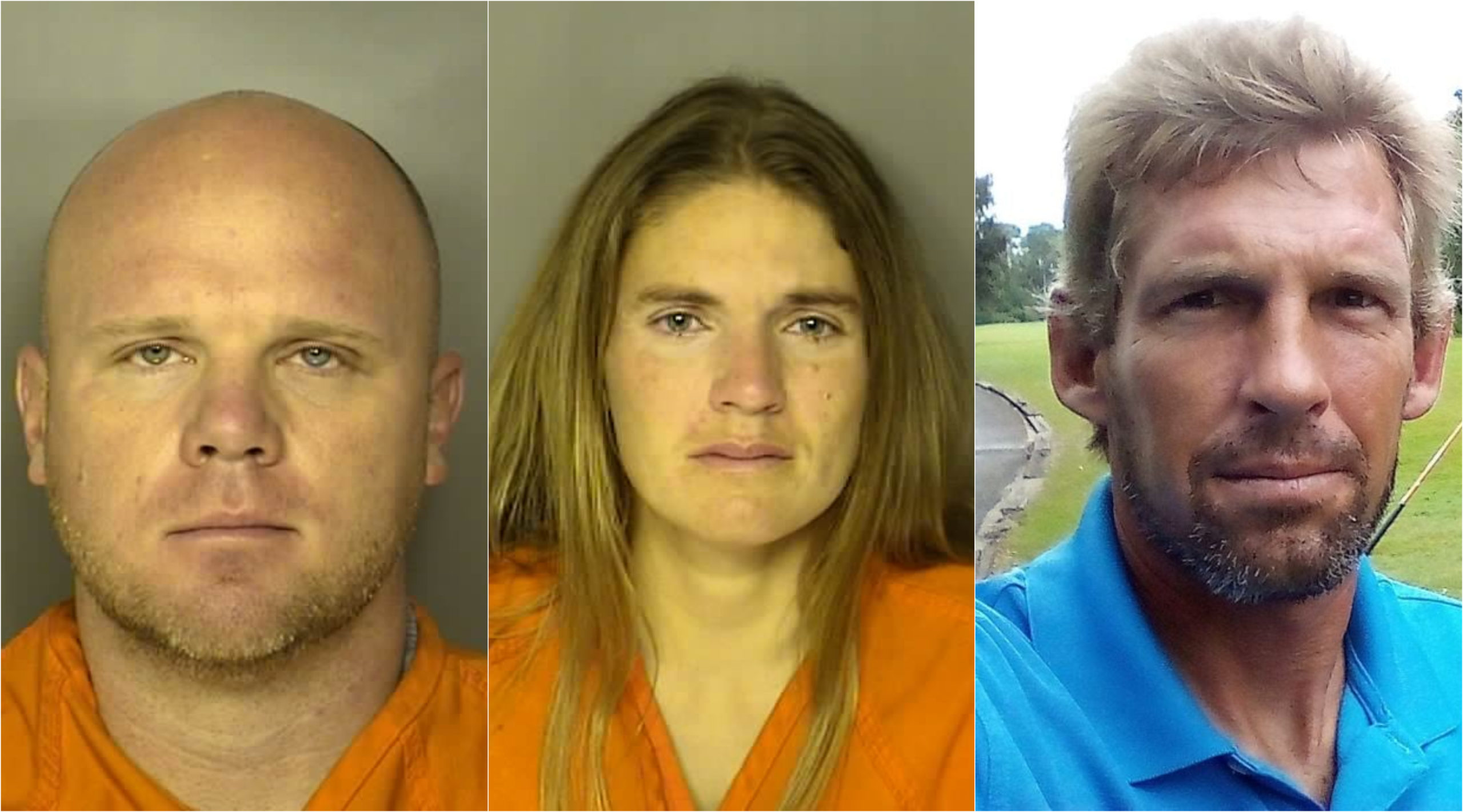 A Horry County, South Carolina deputy coroner who was charged with murder in November is no longer on house arrest, according to media reports.

Last week, a judge modified the bond conditions for Christopher Allen Dontell — who is charged in the murder of 47-year-old Gregory Vincent Rice, My Horry News first reported.

According to My Horry News, Dontell, of Conway, S.C., no longer has to wear an ankle monitor either.

Dontell was granted a $125,000 bond on November 12 — one day after his arrest, according to online court records. He posted bail on November 20.

Dontell was originally placed on house arrest and was ordered not to contact the victim’s family as a part of the bond conditions, according to WPDE News.


Dontell still has to follow the other conditions of his bond — which includes not speaking with his co-defendant Meagan Marie Jackson, of Conway, who was also given house arrest.

Dontell and Jackson were both arrested and charged in the murder of Rice, who was missing for more than a month.

Rice was last seen by friends as he was leaving work on Oct. 2 in Myrtle Beach, South Carolina. He was reported missing on the following Monday when he didn’t show up for work.

As a result of the investigation, both Dontell and Jackson were identified as suspects in the disappearance and murder of Gregory Rice,” Horry County Police Department officials said.

According to arrest warrants, “evidence produced by the investigation includes forensic, physical and digital evidence, as well as witness statements corroborating said evidence.”

According to the Horry County coroner’s office, Dontell was a suspect in the investigation beginning on Oct. 23. He was immediately suspended and denied access to all county property.

Rice’s body was found on Nov. 8 and Dontell was fired the next day.

“I hope she burns in hell for what she put my son through already and what he will continue to lose due to his absence,” Rice’s ex-wife wrote. “I’m so very sorry for his passing, Greg was loved and will be missed by many.”

A month after she was arrested for murder, Jackson was charged with three counts unlawful neglect of a child.

On the night before the murder, Jackson locked her three children in their rooms, which were each secured with an electronic lock with the batteries removed, according to arrest warrants.

Jackson removed the inside doorknobs and secured the windows with padlocks on each of the rooms to ensure they couldn’t leave, according to arrest warrants. The kids were forced to urinate in their rooms while they were trapped inside.

According to WPDE, Jackson and Dontell were having an affair.

“Jackson worked with a company that delivered bodies to a funeral home, and that’s where she met Dontell,” WPDE reported, based on court testimony.

It appears Rice’s family is from Ohio.

Dontell has worked at the coroner’s office since 2018, according to his LinkedIn profile. He also worked as director of operations for JDS Services, a construction business.

We will continue to look into this case… Stay tuned..