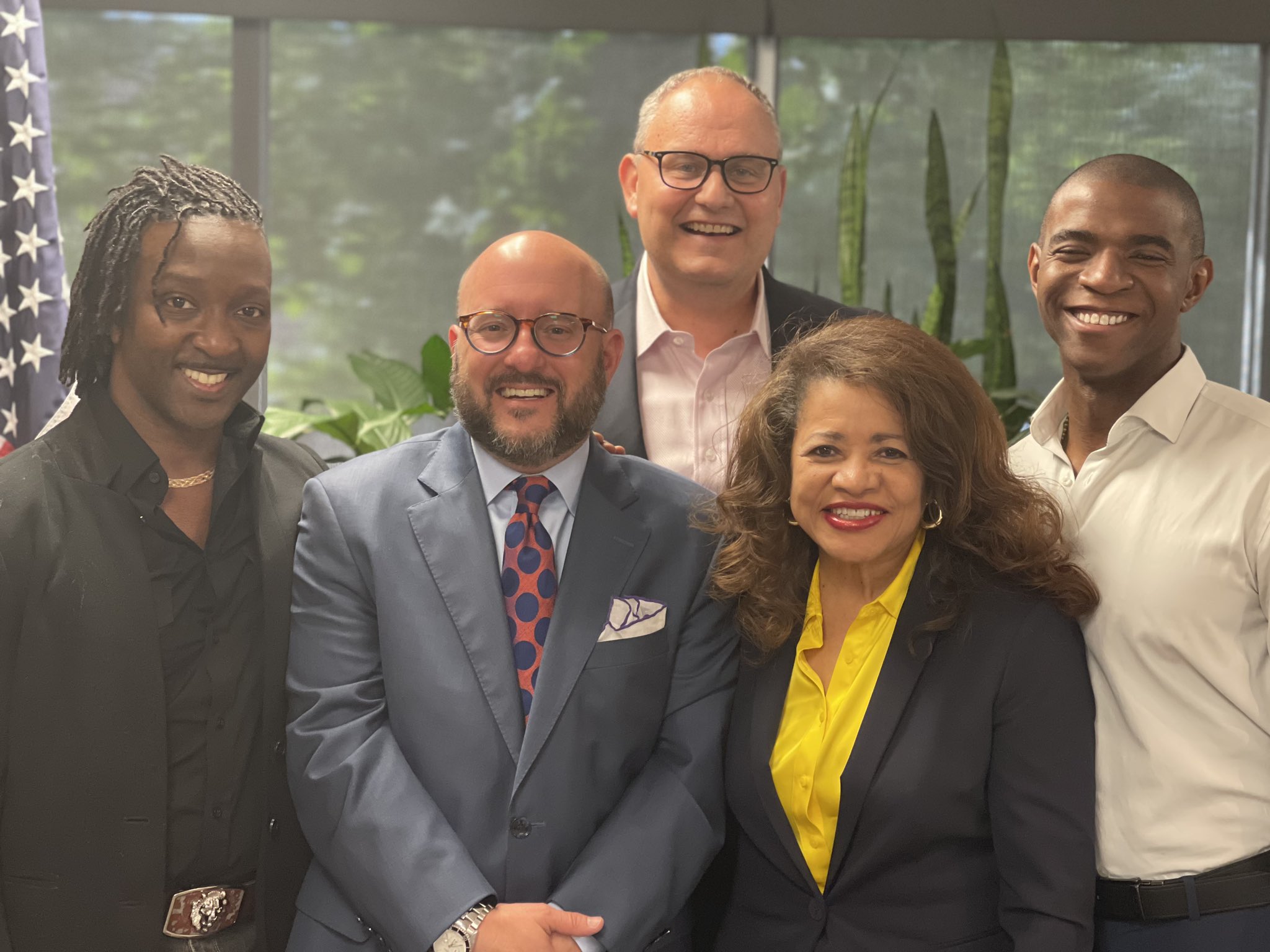 South Carolina Democrats were on the receiving end of a historic walloping at the polls last November, and if that wasn’t enough … the white chairman of what has become a “majority-minority” party in the Palmetto State was also staring down a racial rebellion on his left flank.

Not only did Robertson emerge victorious in his bid for a third, two-year stint at the helm of the S.C. Democratic Party (SCDP) last weekend – he did so convincingly, vanquishing challenger Johnnie Cordero by an 899-112 margin.

Robertson’s evisceration of Cordero wound up being a significantly better showing than the one put up by his “Republican” counterpart Drew McKissick earlier this month. The leader of the S.C. Republican Party (SCGOP) needed three endorsements from former U.S. president Donald Trump just to get two-thirds of delegates within his own bitterly divided (and similarly results-challenged) party.

By that measure, Robertson’s win was a shellacking …


“I look forward to getting to work!!!” Robertson tweeted over the weekend. “Thank you to my fellow Democrats for the trust and the decisive victory!”

What does “getting to work” look like for Palmetto State Democrats, though?

That’s a good question. Robertson’s decisive win clearly does not mean that his party is unified. In fact, Democrats’ upcoming partisan primary for governor is likely to further expose racial tensions within its electorate – which is approximately 60 percent black.

Also, no matter who wins a Democratic statewide nomination … barring some earth-shattering shift they will have little-to-no chance of winning office. Democrats have not won a statewide election since 2006. They have not won a governor’s race or a U.S. Senate race since 1998.

During the 2018 general election, Democrats didn’t even bother to field candidates in three of seven statewide elections – and their top vote getters (gubernatorial nominee James Smith and his running mate Mandy Powers Norrell) drew just 45.92 percent of the vote.

In 2020, Democrats failed to knock off arguably the most vulnerable “Republican” senator in America – Lindsey Graham – despite spending more than $130 million on their candidate of choice, Jaime Harrison. They also surrendered the state’s first congressional district (located in the Lowcountry), which former congressman Joe Cunningham briefly captured for them in 2018.

Cunningham is now running for governor – although several black Democratic activists have told me they are unhappy with efforts by party leaders to anoint him as the 2022 nominee. For those of you keeping score at home, the Democratic gubernatorial nomination has gone to a white male in each election cycle since 1994.

With one exception, the party has lost all of those races …

Stay tuned … I look forward to addressing the lingering/ looming Democratic divisions (and some of the factors I believe might impact those rifts) in upcoming articles. My news outlet has expended a ton of bandwidth exploring deep ideological divisions with the GOP. Accordingly, is only fair to examine similar rifts within the other major party.