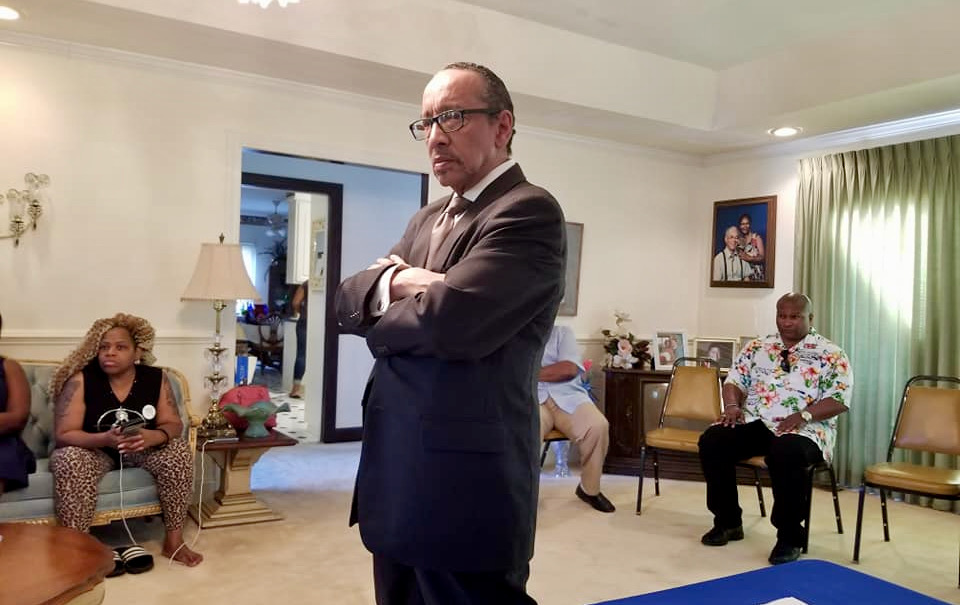 Attorney, pastor and “radical theorist” Johnnie Cordero is probably not going to win election this weekend as chairman of the South Carolina Democratic Party (SCDP). For reasons surpassing understanding, Democrats in the Palmetto State appear poised to give incumbent chairman Trav Robertson this job for another two years.

Why would they do that? What, exactly, has Robertson accomplished?

Um … nothing. Well, except “nothing” would probably be giving Robertson more credit than he deserves. South Carolina Democrats got absolutely eviscerated at the polls last November – and they have continued to struggle this year even though their “Republican” rivals are bitterly divided (and are similarly results-challenged).

Anyway, while the recently concluded S.C. Republican party (SCGOP) chairman’s race between Drew McKissick and Lin Wood dominated headlines this spring, I managed to break away from that soap opera to address the SCDP party contest in some detail earlier this month.

Basically, the Democratic race hinges on, well, “race” – specifically, Cordero’s allegation that Robertson, who is white, is playing “plantation politics” in his leadership of a party dominated by minorities.


“He wants a black face that’s willing to stand at a podium and recite whatever whitewashed black issues or anti-progressive talking points he hands them,” Cordero wrote in a recent post on his website. “He believes the black vote in South Carolina has always been controlled by white party leadership and the few black democratic elites of their choosing.”

Cordero – who bills himself as a “proud progressive” – has blasted Robertson and SCDP executive director Jay Parmley in no uncertain terms for their failures during the 2020 election cycle. His supporters have also been vocal when it comes to drawing attention to Parmley’s, um, colorful “history.”

As this race draws to a close, the recriminations are ramping up. And the ensuing acrimony is escalating. Days before Democratic delegates are scheduled to choose between Cordero and Robertson, my news outlet obtained a federal case file dated December 17, 1998. This document (.pdf) highlights a ruling from the U.S. fourth circuit court of appeals based in Richmond, Virginia – and involves the case of the United States of America v. John Cordero.

According to the court file, Cordero was charged in March of 1997 in connection with a “multi-count, multi-defendant indictment with conspiring to distribute controlled substances and with use of an interstate wire service to facilitate the commission of a felony.”

Cordero represented himself at his trial, but during the proceedings he “decided to plead guilty” to a superseding charge involving the armed robbery of a Dollar General store in South Carolina. Cordero’s guilty plea on the South Carolina charge didn’t last long, though, as he “subsequently tried several times to withdraw (it).”

Ultimately, Cordero’s appeals to the fourth circuit were denied and his conviction was upheld.

Cordero advisor Mike Bailey declined to address the specifics of the federal case, but referred to its release just days before the election as a “desperation tactic.”

Other Cordero supporters I spoke with confirmed the particulars of the federal case … but argued their candidate’s personal narrative of redemption outweighed his admittedly checkered past.

“He was a thug and a lawyer out of Brooklyn,” one Cordero backer told me. “He was a consigliere. He ran with some bad people – mobsters and gangsters. He got caught up in the money and the fame.”


“He redeemed himself, became a minister, preached and worked with youth,” the supporter continued.

In touting Cordero’s rehabilitation, his backers also disputed the contention that Robertson was poised to claim victory at this weekend’s “virtual” SCDP convention.

Reached for comment Wednesday morning, Robertson told me he was “just as shocked as everyone else” by the allegations against Cordero contained in the fourth circuit court file.

How will the late-breaking allegations impact the outcome of the race?

Stay tuned … just as my news outlet followed the SCGOP battle until the bitter end, it will do the same this weekend as Democrats decide who will lead their party in the upcoming election cycle.

UPDATE: Something I neglected to mention above … while the battle between Cordero and Robertson for SCDP chairman will be settled this weekend, Cordero’s lawsuit against Robertson and the SCDP over their “virtual” county conventions in 2020 remains unresolved. Here is a recent report from The Minority Eye on that case, which could have repercussions on a related lawsuit involving the SCGOP.