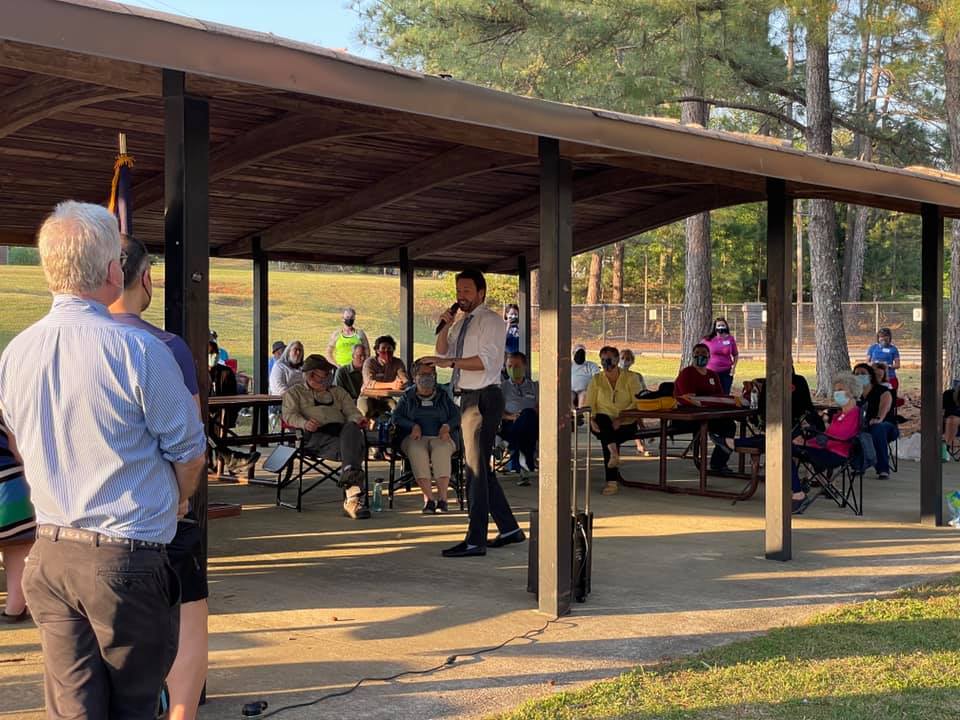 As expected, former U.S. congressman Joe Cunningham is taking steps to mount a campaign for governor of South Carolina in 2022 – making him one of several Democrats looking to seize an office that has been held by the Republican party since 2003.

Cunningham, 38, is a former “ocean engineer” (and lobbyist) from Kentucky who served one term representing the Palmetto State’s first congressional district in the U.S. House of Representatives from 2019-2021. He was narrowly defeated in the 2020 general election by Nancy Mace – who has since found herself on the receiving end of a GOP primary challenge in her bid for reelection.

Since his defeat, Cunningham has been posturing for governor – and getting divorced.

According to reporters Caitlin Byrd and Cailyn Dickerson of The (Columbia, S.C.) State newspaper, Cunningham has filed paperwork with the S.C. State Ethics Commission (SCSEC) which will enable him to raise money for his gubernatorial bid.

Byrd and Dickerson also noted how Cunningham has been actively criticizing incumbent “Republican” governor Henry McMaster as he has been “crisscrossing the state, giving speeches at county Democratic conventions and making virtual appearances with civic and political groups.”


“He’s a career politician – a very bad career politician,” Cunningham told a group of Democrats in York county. “He’s been a politician longer than I’ve been alive. He’s wanted his entire life just to have the title of governor but not to do the work.”

Does that mean South Carolina should elect him instead? Absolutely not …

Cunningham – who has been bashing McMaster for months – has offered nothing beyond the familiar “tax-and-spend” rhetoric when it comes to addressing the myriad of problems with state government.

“We must deliver real and impactful pay raises for our teachers, and create new innovative revenue streams to provide solutions – not excuses – to our state’s most pressing issues,” he said.

New innovative revenue streams? Does that sound like the sort of thing struggling small businesses can afford right now?

Cunningham basically wants to keep doing exactly what McMaster and his fellow fiscally liberal “Republicans” in the S.C. General Assembly are doing … with predictable outcomes. Which makes his candidacy less about offering a new vision for the Palmetto State and more about switching up which ideologically indistinguishable party label is in charge of the spigot.

Assuming he makes good on his obvious desire to run, a gubernatorial race would likely pit Cunningham against a host of black candidates including second-term state senator Mia McLeod – who delivered her party’s response to McMaster’s ‘State of the State’ speech earlier this year.

McLeod – who hails from the Midlands region of the state – is among the rumored 2022 frontrunners for the Democratic nomination, which has gone to a white Democratic male in each election cycle since 1994.

Whoever wins the Democratic nod will face strong headwinds in a general election. While “Republicans” are in retreat nationally – and at war with each other all over the map (especially in South Carolina) – Democrats have proven utterly inept at exploiting these weaknesses. Also, the 2020 election proved that even the most conservative GOP activists will still close ranks behind the most liberal GOP candidates.

Meaning even the most credible, well-funded Democrats will still get shellacked …

Democrats have not won a statewide election in South Carolina in fifteen years – and the elected official who won that race (former state superintendent of education Jim Rex) is no longer a member of the party. Democrats haven’t won a governor’s race – or a U.S. Senate race – in 23 years.

Every single statewide elected office is currently in GOP hands. So are six of seven congressional districts. Meanwhile in the state legislature – which dominates policymaking in the Palmetto State – Republicans are on the cusp of supermajorities in both the S.C. House of Representatives and the S.C. Senate. As of this writing, the GOP controls 81 of 124 seats in the House (65.3 percent) and 30 of 46 seats in the Senate (65.2 percent).

Again, Palmetto State “Republicans” are hardly conservative – and hardly effective – but given the incompetent opposition they are facing, they haven’t needed to be.

Until Democrats figure out how to divide and conquer the fractured GOP base (and provide something resembling credible policy alternatives capable of appealing to centrist voters) they will continue to be viewed as electoral afterthoughts in South Carolina statewide elections.