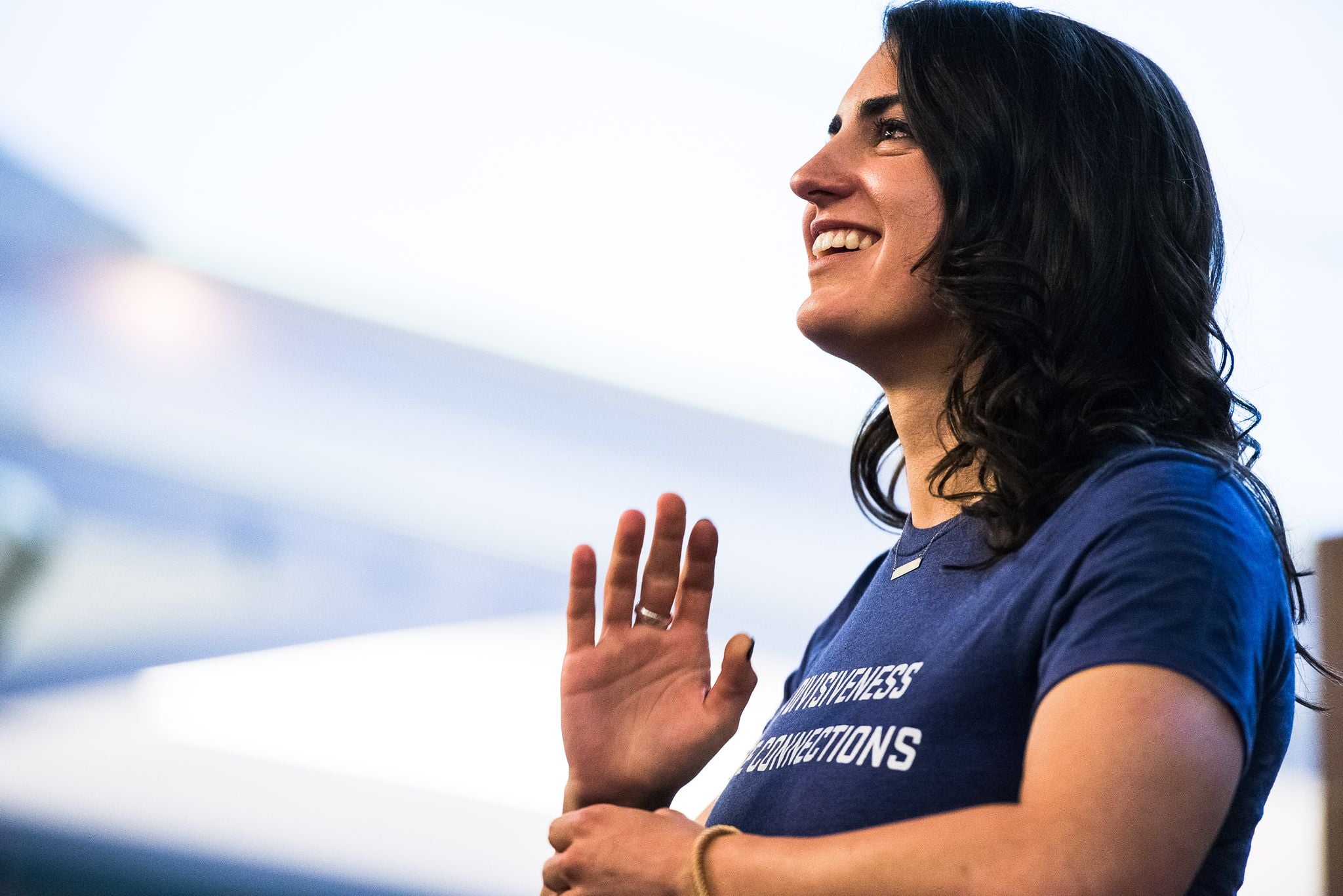 One of the most inspiring stories this news outlet has ever told is that of Kassy Alia Ray – founder of the Columbia, South Carolina-based charity Serve & Connect. This bridge-building nonprofit is at the very center of one of the most important dialogues taking place in our nation – the conversation between law enforcement officers and the communities they serve.

What does Serve & Connect do? A lot. In addition to helping raise funds for the families of fallen (or gravely wounded) police officers in the Palmetto State, it provides direct community support and facilitates collaborative community partnerships across the state.

In other words, it is doing the real work of community-police relations in South Carolina … forging connections that facilitate peace during trying times.

Alia Ray founding Serve & Connect after her husband Greg Alia, a Forest Acres, S.C. police officer, was shot and killed in the line of duty on the morning of September 30, 2015 – leaving her and the couple’s six-month-old son, Sal, behind. My news outlet has covered Serve & Connect’s work frequently in the past, but last year – in the aftermath of the killing of George Floyd in Minneapolis, Minnesota – I sat down with Alia Ray for a more extensive conversation.

In case you missed that exchange, you can read it by clicking here. It was a genuinely eye-opening look at a singularly amazing woman – someone who has turned “a tragedy into a legacy,” as one of my sources put it.

This week, Alia Ray’s organization is ramping up its efforts in a big way …


According to a media advisory obtained by this news outlet, Serve & Connect is hosting an event tomorrow (Thursday, May 20, 2021) at the S.C. Criminal Justice Academy (SCCJA) to announce the expansion of its popular “Greg’s Groceries” program. Launched in 2017, “Greg’s Groceries” provides police with boxes of non-perishable food to hand out to those in need. Since its inception, the program has delivered more than 50,000 meals through its 26 participating law enforcement agencies.

Most of the agencies participating in “Greg’s Groceries” have been based in the Midlands region of the Palmetto State, but this week Serve & Connect is announcing a major geographic expansion of the initiative.

Joining Alia Ray at the event will be S.C. State Law Enforcement Division (SLED) chief Mark Keel and dozens of police chiefs and sheriffs from across the state.

“The event is part of a larger statewide commitment among law enforcement agencies to build stronger police-community relations,” Serve & Connect’s advisory noted. “Law enforcement agencies and Serve & Connect will pack 800 boxes of non-perishable food. The agencies will take the boxes back to their local communities for officers to deliver to families and individuals in need.”

Of course the 800 boxes of food being distributed this week is just the beginning of this effort. The real news is the expansion of this important bridge-building effort across the state – and the engagement of additional law enforcement agencies (and their leaders) in this important work.

In fact, I am told several state and local law enforcement leaders have been engaged in ongoing discussions with Serve & Connect in the hopes of incorporating its programs within their continuing community relations initiatives – a most welcome development indeed.

Bottom line? This is the work that keeps our state, our counties, our cities and our communities safe … and Alia Ray and her organization deserve tremendous credit for pulling it all together. As do their law enforcement partners.

For those of you interested in attending tomorrow’s event, it will be held at 11:00 a.m. EDT at SCCJA headquarters – which is located at 5400 Broad River Road just north of Columbia, S.C. For more on the event, you can view Serve & Connect’s media advisory by clicking here.

Most importantly, if you would like to support the work Serve & Connect is doing, you can donate to the organization by clicking here.