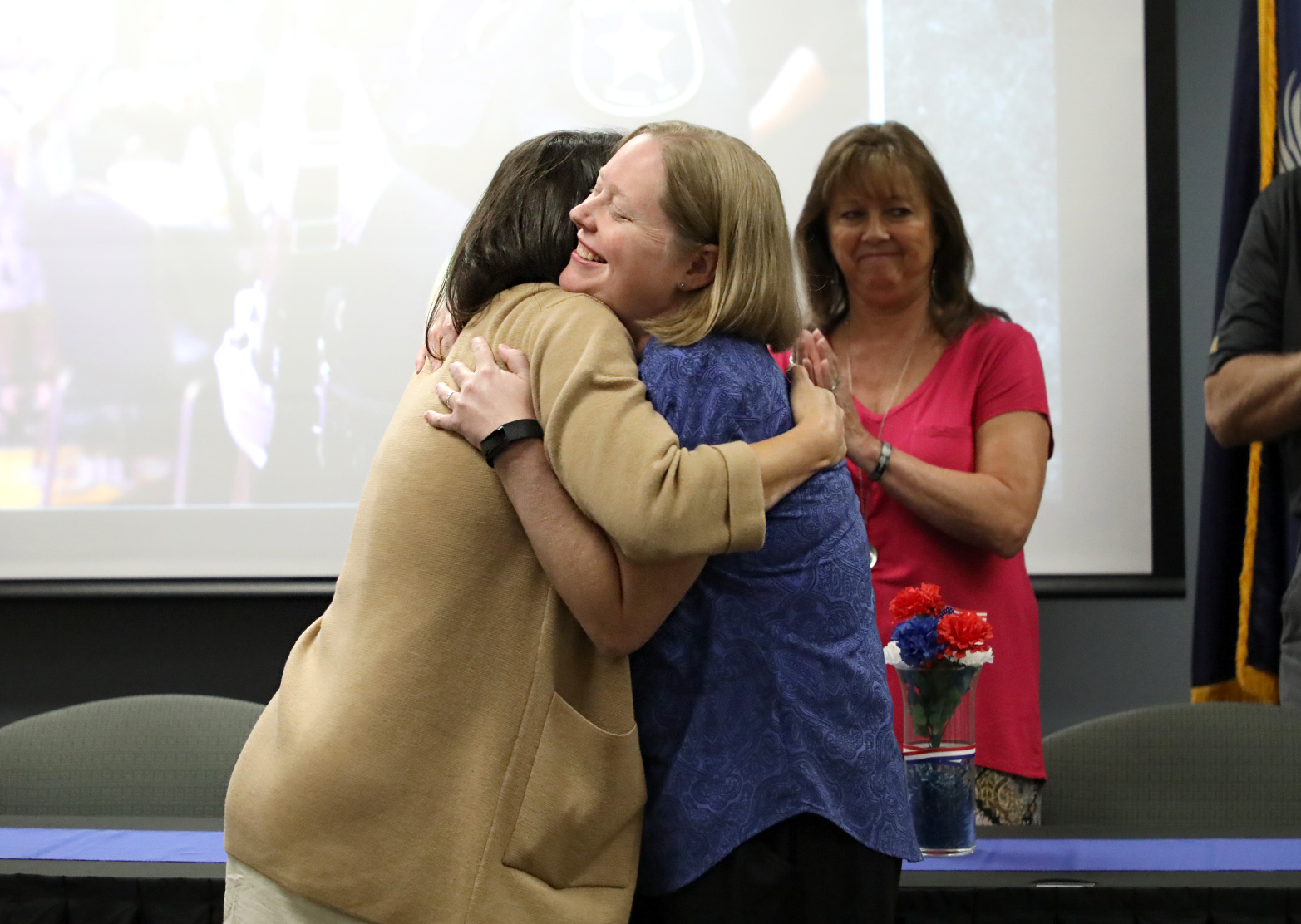 A South Carolina-based nonprofit founded by the widow of a slain law enforcement officer is continuing its efforts to support families whose loved ones were also killed or wounded while “protecting and serving” the people of the Palmetto State.

Serve & Connect – a group founded in 2015 by Kassy Alia Ray – is ramping up its efforts in conjunction with National Peace Officers Memorial Day, which commemorates law enforcement officers across the country who lost their lives or were wounded in the line of duty.

This week, Serve & Connect organized donations totaling more than $76,000 as part of its tragedy response program – which was created to help officers and their families in the aftermath of fatal officer-involved shootings and other on-duty incidents that resulted in police officers being killed or wounded.

“We are honored to serve those who serve us,” Alia Ray said in a statement. “We understand how important it is for the community to support those who give the ultimate sacrifice.”

According to Alia Ray, the nonprofit’s tragedy response program “provides a direct way for the community to give back and honor the memory of a fallen or critically injured officer by supporting the officer’s family members during a time of tragedy and loss.”

Since 2015, the program has organized more than $500,000 in total donations for families of police officers.

“Anytime an officer is killed in the line-of-duty or critically injured in the line-of-duty in South Carolina, Serve & Connect facilitates a community giving effort that often sees donations come in from across the country,” Alia Ray (below) said. “All funds received go directly to support the officer and their families. The donations help with unexpected costs, and honor the bravery of the officer’s service and their family.”

Among those assisted by the latest round of donations is the family of Sumter county corporal Andrew Gillette – who was killed in the line of duty on Tuesday, February 25, 2020.

Gillette, 37, was serving a detention order and eviction notice at a home near Dalzell, S.C. when he was shot and killed. The U.S. Air Force (USAF) veteran – who was part of a law enforcement family – is survived by his wife, Marie, and their eleven-year-old son, John Curtis.

“We deeply appreciate the support,” Marie Gillette said in a statement. “It will help us during this transition as we find our new normal.”

According to Alia Ray, the tragedy response program was created to “carry forward the extraordinary kindness” extended to her and her family after her husband – a police officer with the town of Forest Acres, S.C. – was killed in the line of duty on September 30, 2015.

As we have previously noted, Serve & Connect’s tragedy response program also assists the families of law enforcement officers who are seriously injured in the line of duty. Unlike other solicitations of this sort, 100 percent of the money collected by Serve & Connect is provided to the families of killed or wounded officers.

“We welcome anyone to visit Serve & Connect’s website, follow us on social media and learn more about our Tragedy Response Program and other initiatives,” Alia Ray said. “We are proud to work to build trust between law enforcement and the communities they serve, foster community relationships and provide critical resources in areas of need to make a lasting, positive impact.”

Anyone wishing to make a tax deductible contribution to this organization can do so by clicking here. Also you can support Serve & Connect by following the group on Facebook and Twitter.

Whoever Controls The Money, A Coronavirus Bailout For Bureaucracies Is A Terrible Idea