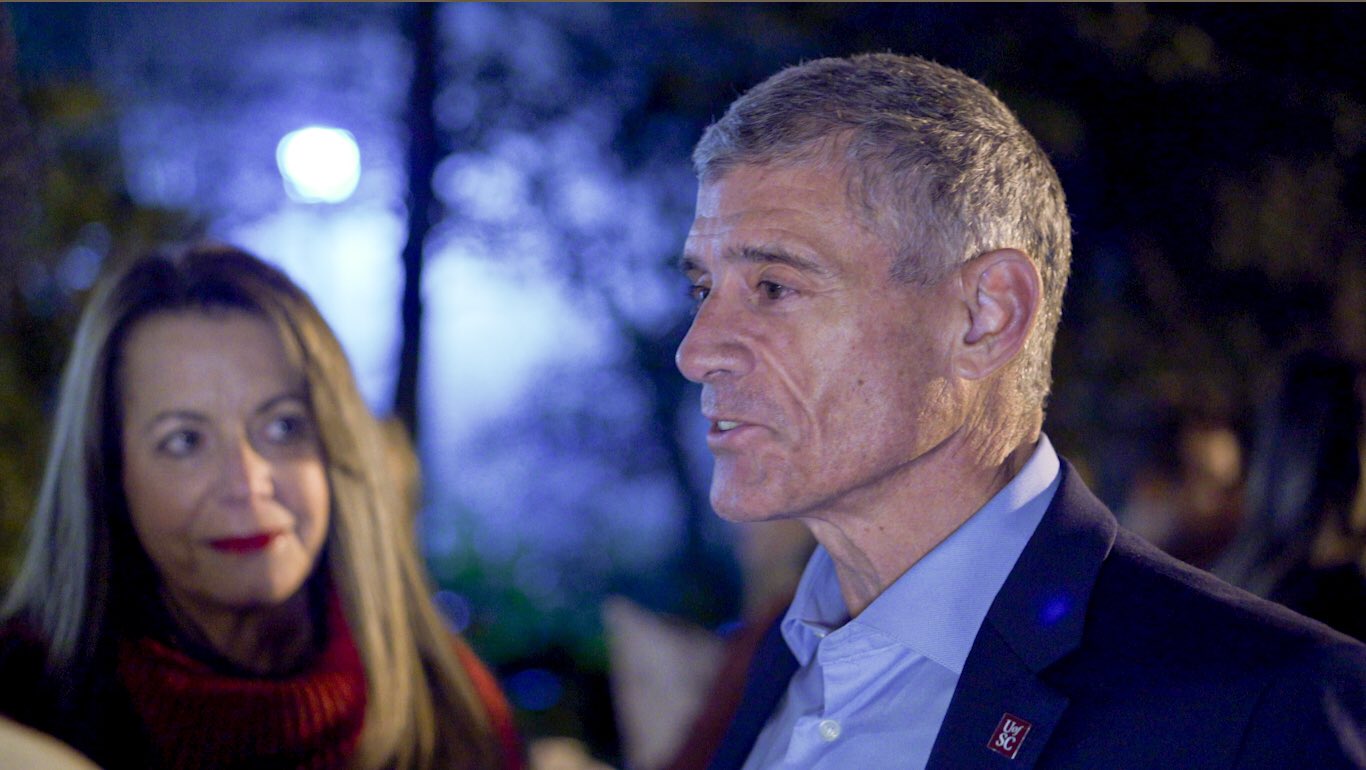 University of South Carolina president Robert Caslen apologized and threw himself at the mercy of the school’s board of trustees following a pair of scandals that followed from his disastrous performance at the school’s commencement exercises over the past weekend.

On Saturday, I reported on Caslen flubbing the name of the university he leads and slurring his words during his address the previous evening. On Sunday, I reported on allegations of plagiarism in his commencement remarks.

Without attribution, Caslen lifted an excerpt from a commencement address delivered on May 17, 2014 at the University of Texas by retired U.S. Navy four-star admiral (and future Texas chancellor) William H. McRaven. In fact, he lifted this excerpt on at least three separate occasions – once during his address on Friday evening and twice during speeches he delivered the following day.

“I am truly sorry,” Caslen said in a statement. “During my remarks in our weekend commencement ceremonies, I shared a well-known quote from Admiral William McRaven and failed to cite him as its original author and speaker. I was searching for words about resilience in adversity and when they were transcribed into the speech, I failed to ensure its attribution. I take full responsibility for this oversight. I sincerely apologize to Admiral McRaven, someone I know and respect, our graduates, their families and the entire university community for not leading by example.”

Following his official apology, Caslen sat for an extensive interview with Judi Gatson of WIS-TV 10. During their conversation, Caslen took responsibility for both mistakes.

“There is no excuse – you’ve got to be on, every single word, every single event – and I flubbed up California instead of Carolina,” Caslen told Gatson.


Gatson also asked Caslen about allegations that he was inebriated during his speech on Friday evening. He denied being drunk.

“Absolutely not the case,” Caslen said. “I was not drinking. I don’t drink for any of those events whatsoever and I was not drinking at all throughout that evening whatsoever. I think the slurring of my words is just the simple way that I speak and talk, so, it is what it is.”

As for the plagiarism allegation, Caslen acknowledged that he should have sourced the quote from McRaven.

Not everyone was buying that explanation, though …

“It’s not very believable that on the one hand he is saying this is such a well-known quote of the admiral and on the other hand he never mentions the admiral,” one skeptical source told me. “And gives the speech at least three times without attribution. Maybe if he only gave it once, he could pass it off as a mistake. But three times?”

Most significantly, Caslen told Gatson he would be willing to submit his letter of resignation to the school’s trustees were they to ask for it.

Will it come to that?

Honestly, I’m not sure. Caslen was narrowly elected president of South Carolina two years ago after governor Henry McMaster convinced a bitterly divided board to appoint him to the post. To say his administration has found the sledding difficult since then would be an understatement. Not only has Caslen done absolutely nothing to arrest the school’s stagnant academics, backsliding athletics, liberal indoctrination and all manner of taxpayer-funded speculation – he has also managed to enrage its largest donor.

“If he stays, it will become a problem for board members,” one state lawmaker familiar with discussions told me.

Of course South Carolina board members have heard that before … and lawmakers refused to hold them accountable. So … who knows if there will be sustained legislative pressure applied to oust the embattled leader.


What do I think should happen to Caslen? I do not have an opinion one way or the other … as I noted during his contentious appointment process, it would have been hypocritical of me to assert a political preference in a setting that I believe should be completely de-politicized.

“Higher education must be immediately and permanently privatized,” my news outlet editorialized in 2018. “No more government appropriations, period.  Furthermore, student loans in this country must be issued based on what the market determines to be an acceptable level of risk, not a federal guarantee.  Anything short of this will only add more destructive force to a ticking time bomb that has become an existential threat to the American economy.”

Higher education is important, but to me it is simply not a core function of government … particularly not the wasteful, duplicative and ineffectual way it is done in South Carolina.

“It is time to cut this cord once and for all – to push higher education completely into the realm of the free market,” I added in a column this spring. “There, individual institutions will sink or swim on the basis of their ability to offer a competitive product – not their ability to get politicians to hand them millions of dollars of your money.“

What do you think? Should Caslen lose his job? Vote in our poll and post your thoughts in our always lively comments section below …