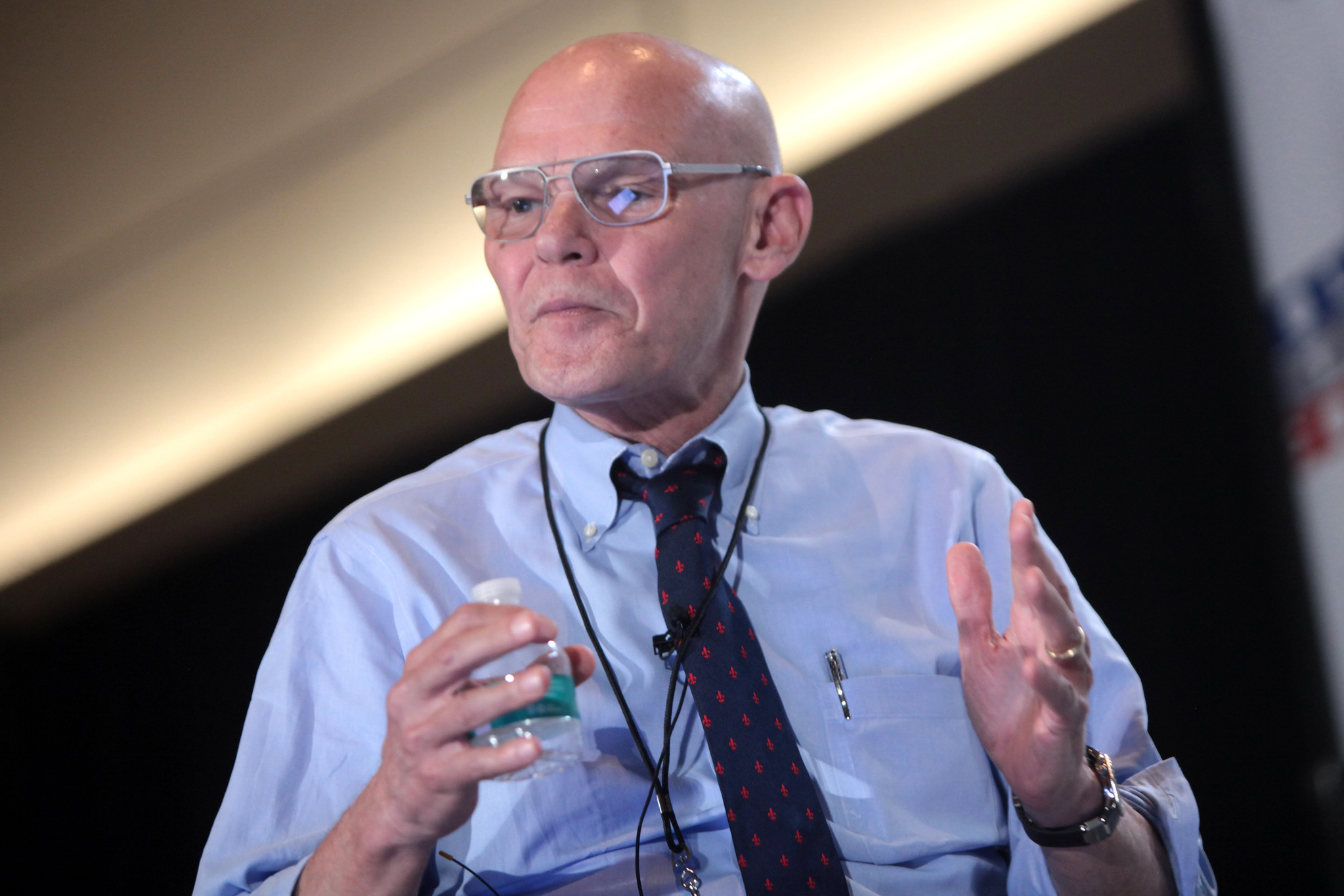 Veteran Democratic political strategist James Carville is back in the news this week – suggesting his political party has a problem with excessive “wokeness.” In an extensive interview with Sean Illing of Vox, the mastermind of former president Bill Clinton’s victorious 1992 campaign held forth on the topic – which he views as part of a broader “failure to communicate” on the part of the new left.

“Wokeness is a problem and everyone knows it,” Carville told Illing. “It’s hard to talk to anybody today – and I talk to lots of people in the Democratic Party – who doesn’t say this. But they don’t want to say it out loud.”

“Because they’ll get clobbered or canceled,” Carville said.

The 76-year-old Louisianan – nicknamed the “Ragin’ Cajun” – declined to repudiate the underlying motivation behind the “woke” movement, but he did rebuke the rhetoric of the liberal intelligentsia advancing it.


“I always tell people that we’ve got to stop speaking Hebrew and start speaking Yiddish,” Carville said. “We have to speak the way regular people speak, the way voters speak. It ain’t complicated. That’s how you connect and persuade.”

According to Carville, politically correct phrases like “communities of color” alienate voters of all races …

“There’s nothing inherently wrong with these phrases,” Carville continued. “But this is not how people talk. This is not how voters talk.”

Carville also rebuked Democrats like U.S. congresswoman Alexandria Ocasio-Cortez (a.k.a. AOC) for pulling the party too far to the left – alienating broad swaths of the white electorate in the process.

Carville claims such left wing policy pronouncements keep Democrats from being competitive with “more rural white voters from across the country.”

“Democrats are never going to win a majority of these voters,” he said. “That’s the reality. But the difference between getting beat 80 to 20 and 72 to 28 is all the difference in the world. So they just have to lose by less — that’s all.”

Carville, 76, is not wrong there. And if Democrats heed his wisdom … watch out. They could very well establish the sort of “perma-majority” that eluded them back in 2009 following former president Barack Obama’s election.

Carter Peterson had the backing of the “progressive” machine … but lost to her more centrist rival by ten percentage points.

“Carter’s victory should alert Democratic moderates that voters can distinguish between candidates, and many are repelled by rabidly ‘woke’ views,” noted John Fund for National Review. “The Democratic Party is in danger of a progressive takeover, but not yet dominance by the Loony Left. That makes it unfortunate that so many House Democrats are subservient to whatever AOC and her progressive allies want. Such kowtowing is a dangerous abandonment of the working-class voters and independents that Democrats will need to hold the House in 2022.”

“Woke got the crap beat out of it,” he told Fox News.

Will Democrats wake up to the inefficacy of excessive “wokeness?” We shall see … but this is definitely an emerging front in their own intra-party battle that I don’t intend to snooze on.