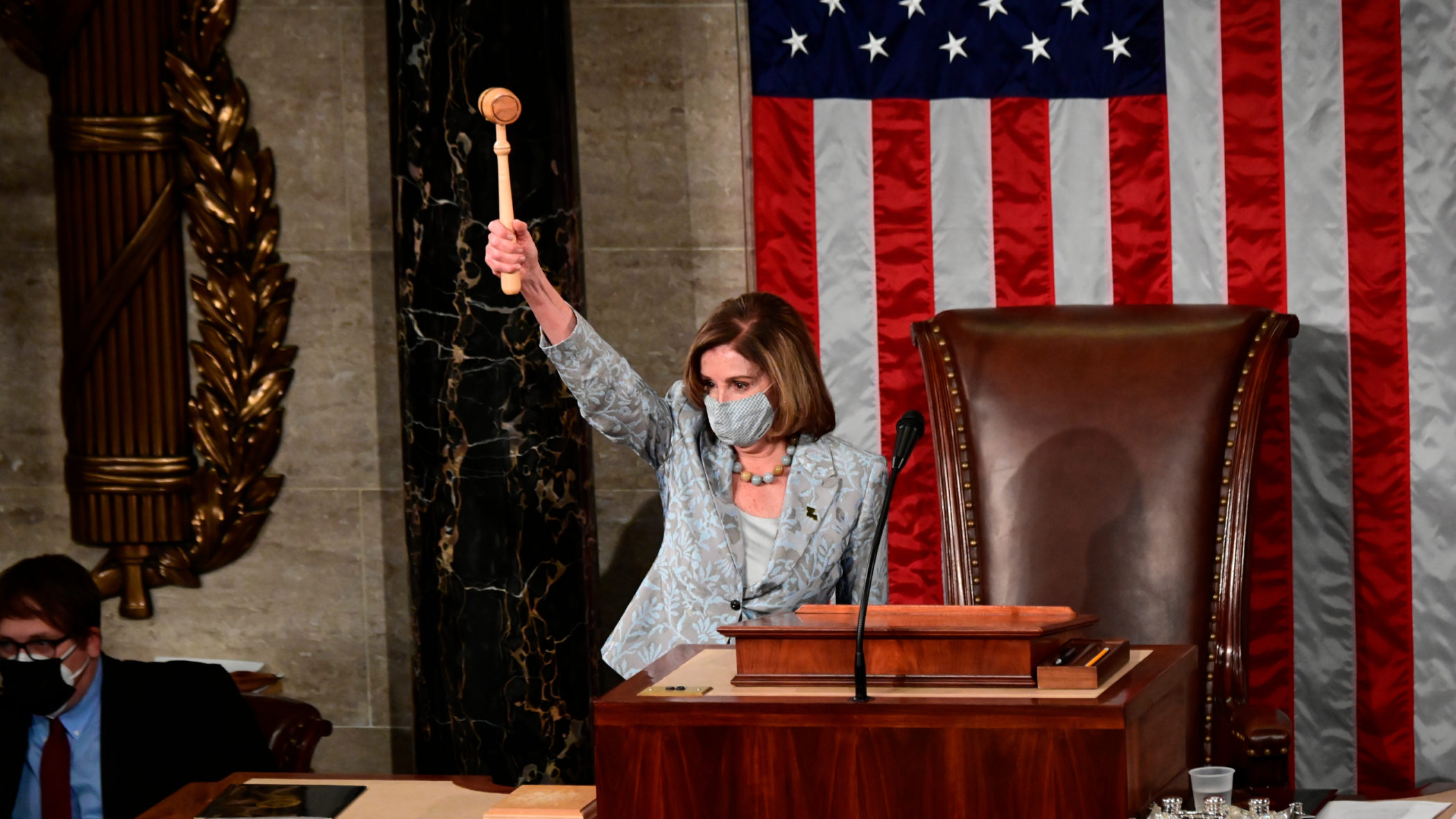 The narrow reelection of Nancy Pelosi as speaker of the U.S. House of Representatives on Sunday showcased deep divisions within the Democratic party – just as a high-profile GOP rift was opening up over the certification of U.S. president-elect Joe Biden’s 2020 victory.

Can either party keep its “big tents” from ripping apart in 2021?

And if not, does that mean American voters will finally have credible independent options to choose from in future elections?

Pelosi was reelected to a second term as speaker this week by a seven-vote margin – with a handful of Democrats defecting from her banner in a rare rebuke of the liberal establishment in our nation’s capital.

Many more Democrats would have likely revolted had it not meant throwing the race to the GOP – which won a dozen seats in the 2020 election (and is poised to retake the House in 2022 with Republican state legislatures redrawing district boundaries).

As we reported last month, several socialist leaders in Washington, D.C. wanted to replace Pelosi and Senate minority leader Charles Schumer in the aftermath of a disappointing 2020 election cycle – but they could not gain sufficient support for such a coup within Democratic ranks.

One reason? No compelling challengers emerged …

“If you create that vacuum, there are so many nefarious forces at play to fill that vacuum with something even worse,” congresswoman Alexandria Ocasio-Cortez told The Intercept last month.

Lacking viable alternatives, the party of “change” continues to be led by a quintet of aging status quo politicians – Biden, Schumer, Pelosi, Steny Hoyer of Maryland and Jim Clyburn of South Carolina.

“We accept a responsibility as daunting and demanding as any that previous generations of leadership have faced,” the 80-year-old liberal leader said in accepting the gavel from GOP minority leader Kevin McCarthy, who lectured Pelosi as to the lack of productivity during the previous session.

“It was a wake-up call,” McCarthy told Pelosi. “The question I ask of this majority: Were you listening?”

According to Politico, the vote was “the most challenging speaker’s bid for Pelosi yet as she had to meticulously lock down every vote, with nearly zero room for error due to razor-thin party margins, rebellious Democrats and the potential for last-minute absences due to the coronavirus.”

In fact, Democrats had to erect a special plexiglass box within the chamber so that a trio of lawmakers who were supposed to be quarantining due to exposure to Covid-19 could cast their votes.


The narrower-than-expected tally signified just how little legislative wiggle room Democrats will have as they attempt to undo the legacy of outgoing U.S. president Donald Trump – and impose their own agenda on the nation.

Can they count on eleven moderates to back some of the radical proposals embraced by Ocasio-Cortez and her allies?

As we noted last month, Democrats could find themselves even more divided if they wind up winning both of the competitive U.S. Senate runoff elections in Georgia (and, by extension, control of the Senate).

After all, the party’s aging cabal of establishment liberals is “unlikely to evoke much in the way of excitement among rabid leftist revolutionaries eager to pack the U.S. supreme court, defund the police, collect reparations for slavery, censor speech (and other liberties), open the border in perpetuity, further socialize medicine and impose all manner of anti-competitive policies on the nation’s economy.”

Biden has presented himself as a moderate, and Democrats will not keep the House in 2022 without moderate support.