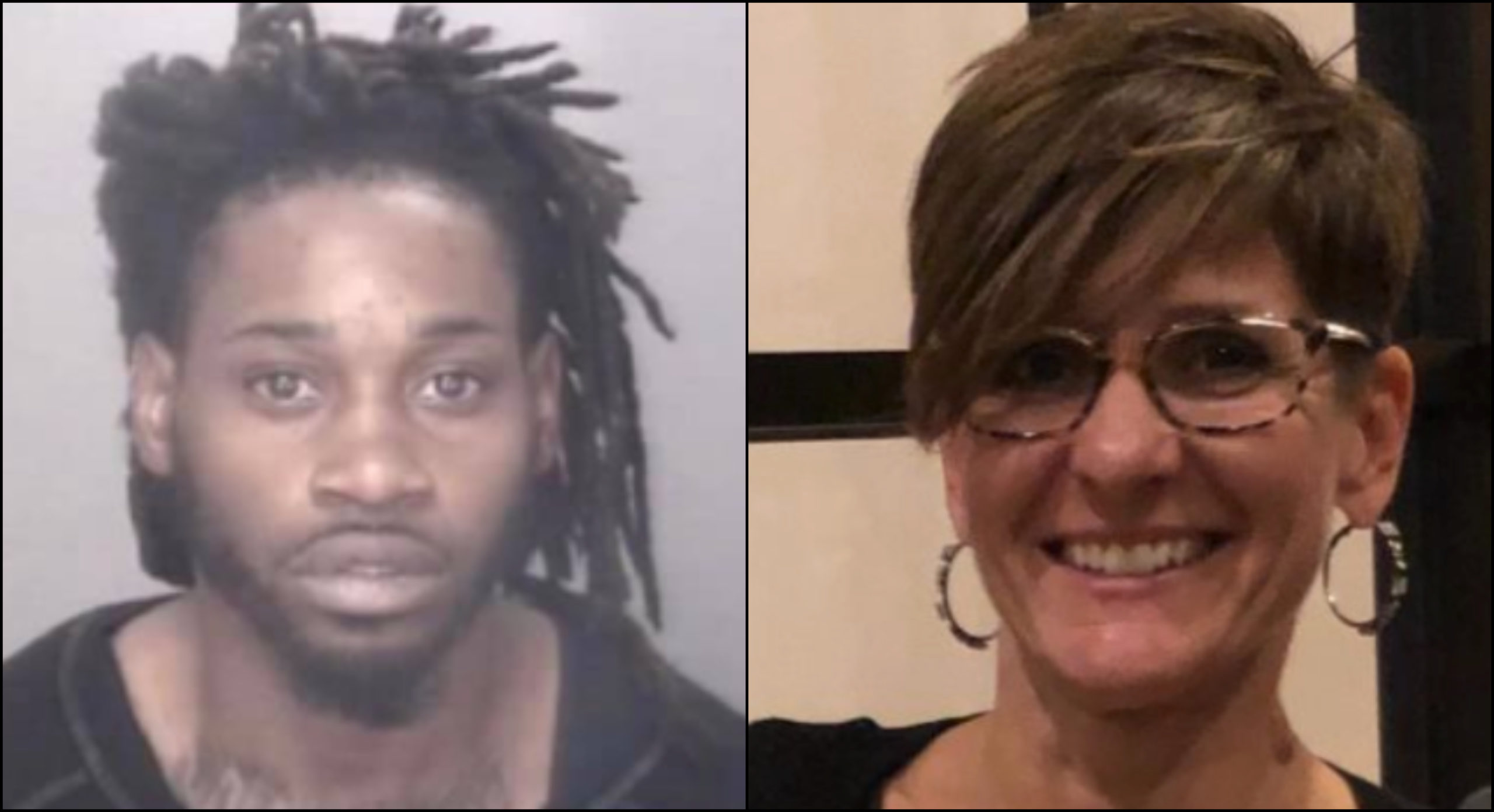 Dejywan R. Floyd, 29, of Lumberton, NC, was arrested just after midnight Thursday and charged with first-degree murder and discharging a weapon into an occupied vehicle in the shooting death of 47-year-old Julie Eberly, the Robeson County Sheriff’s Office said Wednesday.

Julie Eberly, of Mannheim, Pennsylvania, was on her way to Hilton Head Island, South Carolina with her husband when she was fatally shot through the passenger window during a road rage incident on I-95 near Lumberton, North Carolina.

Police arrested Floyd less than 48 hours after local residents offered a $20,000 reward and police released footage of the suspect’s vehicle.

Police say the public played a critical role in the investigation.

“The arrest of Floyd is the direct result of law enforcement agencies and the community working together,” Robeson County Sheriff’s Burnis Wilkins said. “The surveillance footage provided to investigators by dozens of cooperating businesses and residents were critical elements in the tracking of Floyd’s path in Cumberland County prior to the shooting and throughout Lumberton and beyond after the shooting.”

The investigation is ongoing, according to the sheriff’s office.

Floyd is currently being held at the Robeson County Detention Center without bond. His first hearing is scheduled for Thursday morning.

“Regardless of the circumstances, no one deserved to be murdered while traveling our nations highway,” sheriff Wilkins said. “I am proud of the investigative work put forth by the law enforcement agencies that came together as one to bring this case to a successful conclusion.”

According to Wilkins, police were called to the scene not far from the NC-SC border around 11:40 a.m. March 25 when they found Eberly shot in the passenger seat of the vehicle.

Eberly’s husband Ryan Eberly was not injured in the shooting and was able to pull over, according to the sheriff’s office.

Moments before the shooting, Eberly’s vehicle was close to hitting the shooter’s vehicle during a lane merge, according to witnesses.

The suspect’s vehicle then approached the victim’s passenger side, rolled down his window, and fired multiple shots at Eberly’s vehicle, according to the sheriff’s office.

The suspect then sped off and and exited I-95 at exit 22.

Julie Eberly leaves behind six children and a granddaughter, according to her obituary.

She had just celebrated her seventh anniversary with her husband on Tuesday.

“This was an innocent family from Pennsylvania headed to the beach for a vacation,” Wilkins said. “Thankfully they had left their six children at home with grandparents but now these kids have to live with the thought of their mother being murdered in such a cowardly and senseless way.”

More than $60,000 has been donated to Eberly’s GoFundMe page.

“Julie was a beautiful, loving, generous, and giving person,” friends who organized the GoFundMe said.