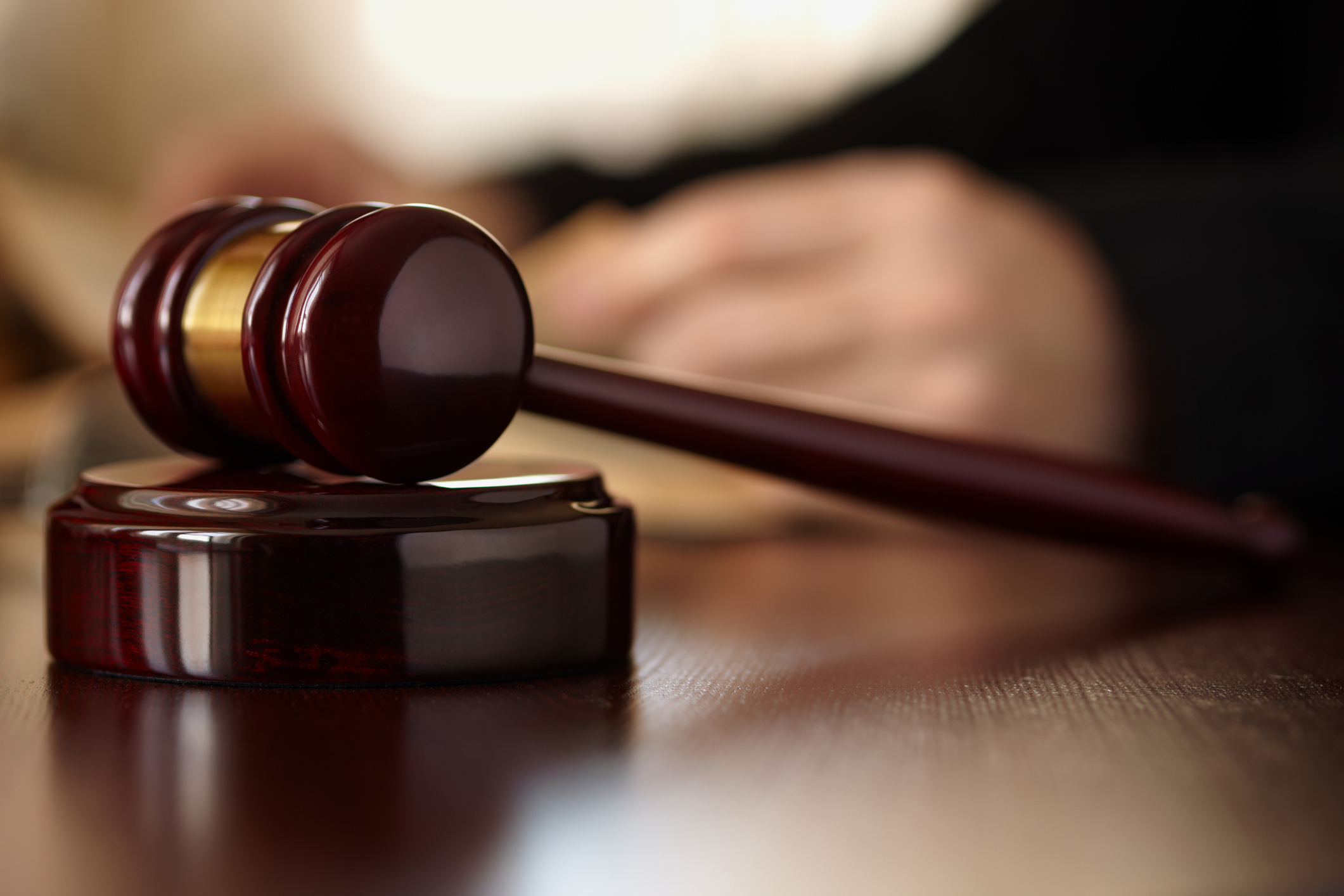 by LAURA HUDSON || If law-abiding South Carolina citizens think our state is immune to the craziness of de-funding the police, granting cash-less bonds, arbitrarily releasing dangerous inmates and decriminalizing all levels of drugs that some cities and states are enacting, then they need to start paying attention to the “lawless creep” that has already begun in the Palmetto State.

The cash-less bond problem began in 2017 not with an act from the General Assembly, but with an order from the state’s chief justice – the Honorable Donald Beatty.  Thinking he was giving “disadvantaged” defendants a needed break by not requiring bond, Beatty has done nothing but turn these “disadvantaged” criminals back into the very disadvantaged communities he sought to protect.

As the conversation surrounding Sentencing reform rages, the balance between defendants’ rights and preserving public safety “teeter- totters” precariously. This balancing act is no more apparent than in South Carolinas’ judicial branch. Some judges, like the Honorable Dan Hall of the sixteenth judicial circuit, seem to fancy themselves as social workers instead of arbiters of the court – giving violent offenders every break possible by issuing unenforceable no-contact orders, ignoring long criminal histories, granting cash-less bonds or low bonds for violent offenders, assigning un-monitored ankle bracelets, refusing to revoke bond for violations and allowing probation for violent criminals. The end result is that violent offenders are allowed back out on the streets to commit more crime – which makes our communities less safe.

Let me give you an example: Last April, Paul Patrick Johnson of York county shot his wife, his five-year-old son and then himself after violating a court-issued order of protection.  In fact, he violated not one but two judges’ orders banning him from contact with his wife while free on bond. He was accused of strangling and beating his wife in December 2019 and threatening to kill her. He was charged with domestic violence of a high and aggravated nature (a felony classified as a violent crime and therefore eligible for no bond under the South Carolina Constitution).

Johnson was initially denied bond and spent December 27, 2019 through January 8, 2020 in jail – but he asked for his bond request to be reconsidered and judge Hall rescinded the bond revocation.  Hall issued an order allowing Johnson to be released on a $15,000 bond and he was set free under the condition that he have no contact with his wife. The local solicitor’s office argued that bond should be denied in both instances – on December 27 and again on January 8 – as Johnson was deemed to be a threat to his wife and seeing as he failed to regard a previous order forbidding contact with her. His wife and child paid with their lives for the lack of judgement by judge Hall.

Such disregard of the danger of domestic violence offenders by the court is not unusual in York County, however. Another offender free on bond accompanied with a restraining order was Christopher Taylor – who killed his estranged wife after she accused him of domestic violence in a custody and divorce case.  Meanwhile Jefferson Quinde-Quishpe, while free on bond, stabbed his girlfriend, Marandy Brandon, to death after being arrested twice for domestic violence against her. Quinde-Quishpe was sentenced to life in prison – but not before another victim paid the price for judicial negligence.

Tara Ostrowski of Rock Hill murdered and buried her child in her back yard. She was given 3 years of probation by judge Hall on an unlawful neglect charge.

Other communities are suffering the consequences of excessively lenient judicial rulings. On November 12, 2020, in North Charleston County, Dominik Marquis Archield was out on bond for a 2019 murder when he was charged again with attempted murder and possession of a weapon during the commission of a violent crime.

According to S.C. ninth circuit solicitor Scarlett Wilson, “a high percentage of serious offenders in the Lowcountry are released on bond and commit other crimes.” Offenders in North Charleston are monitored by bondsmen rather than the Sheriff’s Office. If a defendant’s bond is revoked, bondsmen are not paid.

As reported by Ryan Alphin of the S.C. Law Enforcement Officers Association (SCLEOA), in November 2020 a Richland county deputy nearly lost his life at the hands of a 23-year-old offender with a lengthy violent criminal history.  Michael Jayvone Dennis pleaded guilty to three counts of kidnapping, three counts of robbery and attempted armed robbery in 2014.  In that case, he received a five year concurrent sentence from the Honorable William H Seals, Jr. and was given credit for 870 days’ time served and subsequently released.

While in the custody of the S.C. Department of Corrections (SCDC), Dennis pleaded guilty to participating in a riot and was sentenced to a youthful offender act sentence. Earlier that year he was arrested and charged with first degree burglary, kidnapping, armed robbery, and first degree assault and battery. He was subsequently released on what appears to have been a personal recognizance bond after spending less than two months in the county jail due to COVID.

According to Mr. Alphin; Dennis “should not have been on the streets.”  Since his release in May he has terrorized his “disadvantaged” community. Of course, Dennis’ mug shot was not posted on the local detention center website because former Richland county councilman (and current state representative) Seth Rose championed a bill several years ago which removed these images based on the belief they were traumatizing criminals.

Earlier this year, a brave Richland county deputy took fire in his patrol vehicle from Dennis – who was armed with an assault rifle and a handgun. That deputy was able to return fire – ultimately striking the suspect who then retreated. The suspect attempted to take a woman hostage; however, the deputy and the woman’s husband were able to disarm and apprehend the suspect.

With his prior criminal history, I cannot fathom a good argument why Dennis should have been allowed to walk freely without consequence while his current charges were pending – even during a pandemic. Again, this is a pattern … and our streets are less safe because of it!

When we talk about criminal justice reform it needs to start with keeping repeat violent criminals off the street. Do citizens want gun control? First we must control the felons using them as criminals, not guns, are the real killer …

No violent criminal defendant using a weapon in the commission of a crime should ever be allowed to post bail, be given ankle bracelet monitoring or be allowed to violate an order of the court without consequences. No defendant with an extensive criminal record should ever receive bond a second time.

Article I, section 15 of the S.C. Constitution states that “bail may be denied to persons charged with capital offenses or offenses punishable by life imprisonment, or with violent offenses defined by the General Assembly, giving due weight to the evidence and to the nature and circumstances of the event.”

Meanwhile, Article I, section 24 of that same document states that crime victims must “be reasonably informed of and be allowed to submit either a written or oral statement at all hearings affecting bond or bail.”

This is not happening in our state.

On August 10, 2020, FITSNews published an article recounting a Lexington County incident in which a defendant Albertus Lewis was granted a $150,000 surety bond by the Honorable DeAndrea Benjamin (wife of Columbia Mayor Benjamin) despite an extensive arrest record and despite failing to appear before the court on charges filed against him.

Lewis wounded two officers with the Lexington county sheriff’s department during a shootout following a domestic incident in which he took a child hostage. As FITSNews reported, Lewis was inexplicably out on bond following the high-profile July 2017 murder of 20-year-old Myra Sanchez – whom he allegedly shot in the chest and left to die outside of Prisma Health Richland Hospital in downtown Columbia.

Weak judges coddling criminals is by no means limited to the above horror stories. It is happening all over our wonderful state … in all our courts. Beware! As the borders are weakened and more human trafficking is allowed, as more drugs cross our borders and more felons enter our country – more criminal activity will be infiltrating our state.

As the economy tanks, more crime will occur.  The Pew Foundation just reported a thirty percent increase in murders from 2019 to 2020.  South Carolina ranked No. 8 nationally with 9.3 murders per 100,000 citizens, “US murder rates soared 30 percent in 2020 and ‘have no modern precedent ‘amid pandemic and civil unrest, new study finds” a headline from The Daily Mail noted.

Meanwhile, some members (defense attorneys) of the S.C. General Assembly continue to ignore crime victims and concerned citizens, reintroducing legislation that would remove mandatory sentences from all criminal offenses, weaken our drug statutes, weaken crime victim rights, and make it more difficult to collect restitution for citizens harmed by offenders.

In January 2021 more bills were introduced to weaken existing law by removing the mandatory reporting of juvenile sex offenders 21 and younger from the public sex offender registry. All family court hearings are a secret, so if a juvenile is found delinquent of a sex offense, only a family court judge can place them on the public registry and if the judge refuses to do so, no one outside the hearing will be informed.  Your daughter/ son who is being harassed by a fellow student cannot know that the offender is a sex offender and you as a parent cannot find out anything about that person’s juvenile record.

Many of our magistrates th

at are appointed by Senators with the approval of the Governor are little more than pawns to criminal defense attorneys. Fortunately, governor Henry McMaster has asked for some reform in the magistrates’ selection process.