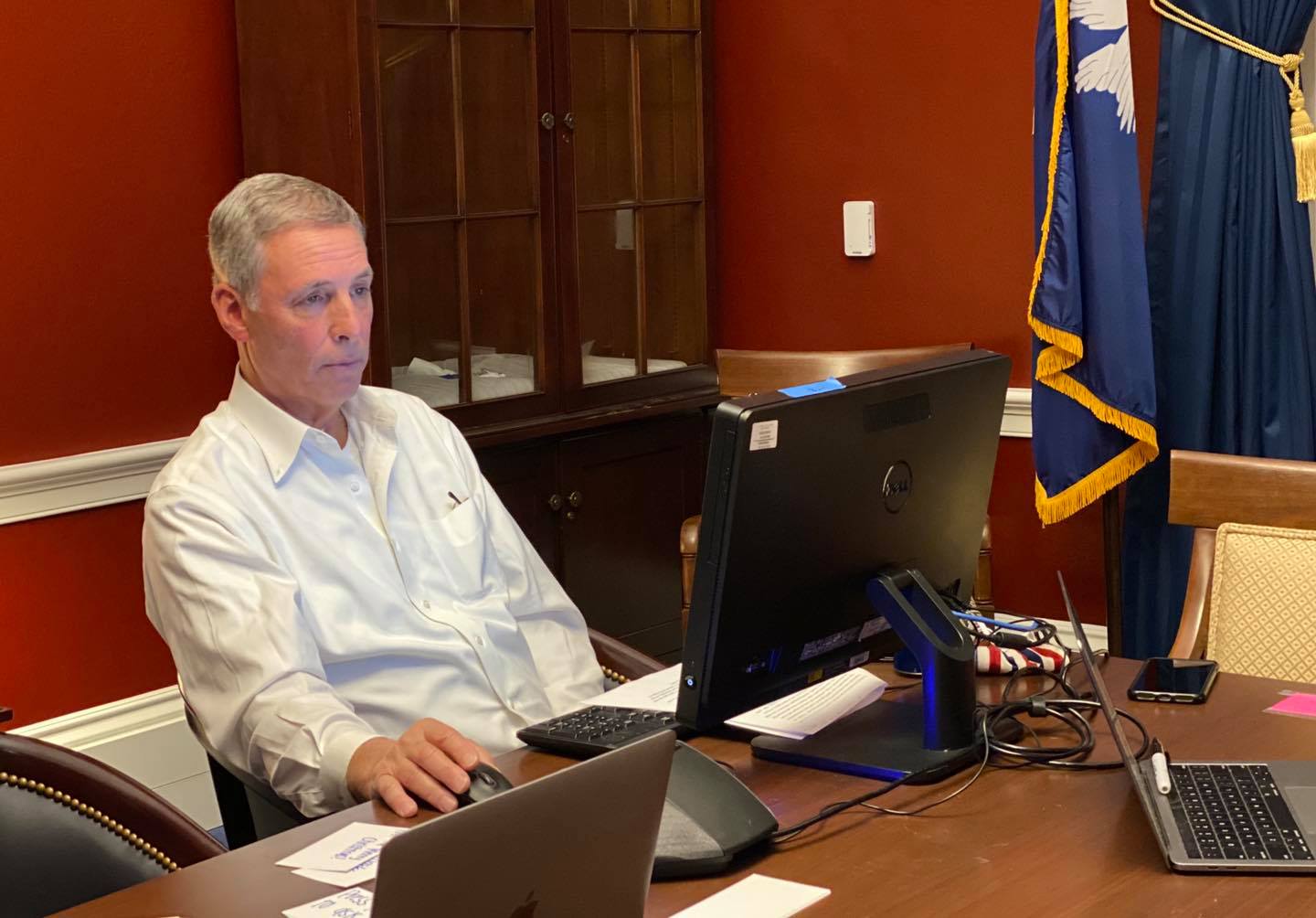 A political blogger on the South Carolina coast has accused U.S. congressman Tom Rice of voting to impeach U.S. president Donald Trump in exchange for support for his pet infrastructure project from ranking Democrats including Joe Biden, Nancy Pelosi and Jim Clyburn.

Oh, and the blogger further claims Rice stands to make millions of dollars once this project is approved …

These seismic allegations were leveled late Thursday in a meandering post written by David Hucks of MyrtleBeachSC.com. According to Hucks, Rice voted to impeach Trump so that Biden, Pelosi and Clyburn would “unlock” $2.4 billion in infrastructure funding for the Palmetto State to build Interstate 73 – a road project that has been stalled for the better part of the last decade.


Rice was one of ten Republican members of congress who voted to impeach Trump for allegedly inciting a bloody riot at the U.S. capitol earlier this month that left five people dead. Rice’s vote was a reversal of his previously stated opposition to impeachment. Also, he acknowledged in an interview this week that he was not convinced Trump’s speech was what incited the violence – at least not in a legal sense.

“I don’t know that his speech that morning was the incitement,” Rice told Christian Boschult of My Horry News. “I don’t know if that qualifies as incitement of a riot in the technical definition of criminal law – I’m not a criminal lawyer – but I know this: That once the capitol was breached and there were rioters inside the capitol and they were tearing the capitol apart and they were trying to get to the Senate floor and the House floor – the vice president was on the Senate floor – the president tweeted out that the vice president didn’t have the courage to do what was right. He wasn’t worried about the safety of the vice president.”

Rice – who represents the coastal district that Interstate 73 would traverse – has been the road’s most aggressive champion in Washington, D.C.

“I promise you I’ve been working on I-73 and I’m not going to stop now,” Rice told The (Myrtle Beach, S.C.) Sun News in last year.

But would he really flip his impeachment vote to secure funding for the project?

“Like so many other unnecessary government projects in the Palmetto State, this road is simply not needed,” we noted in the fall of 2017.

According to Hucks, Rice’s efforts on behalf of this project – including the alleged “trade” of his impeachment vote – are intended to benefit him financially.

“Rice’s Trump impeachment vote sets him up financially for life,” Hucks wrote, launching into a meandering account which asserted that the congressman will “gain mega millions” once the controversial road is built.

His evidence in support of this claim? It is sparse … essentially boiling down to a registered agent form Rice submitted to the office of S.C. Secretary of State Mark Hammond nineteen years ago.

On that form, Rice – an attorney – acts as an agent on behalf of a firm that owns some “oceanfront land that dead ends in Little River just a few miles north of I-73.”

According to Hucks, Rice is a partner in this company – and an owner of the land.

Hucks was challenged on this point by one of his readers, who claimed that Rice could have merely been serving as a lawyer to the land owner.

“He is a partner,” Hucks fired back.

Hucks has drawn criticism for making outlandish claims in the past – crafting narratives which conceivably could support certain facts but were not necessarily grounded in fact.

Certainly this is among his boldest claims yet …


Our view? Unlike a lot of “conservative” voices in the marketplace of ideas, we have refrained from criticizing Rice for his vote. While we do not believe Trump should have been impeached for his comments prior to the capitol riot (arguing they did not meet the statutory threshold for inciting violence), the president clearly failed the test of leadership in responding to the violence.

Again, we do not consider that to be an impeachable offense … but we are not going to condemn members of congress who believed that it was.

That decision is up to them …

Ultimately, impeachment is a political process … especially after Democrats impeached Trump in 2019 for meddling in Ukraine even though their own standard-bearer, Biden, did far worse in that country when he was in office.

Having said that, we will keep a very close eye on whether Interstate 73 – which has languished in limbo for years – suddenly becomes an infrastructure priority for the incoming Biden administration (and for congressional Democrats). We will also keep a close eye on Rice’s various real estate holdings to see how they might be impacted by any change in federal policy …