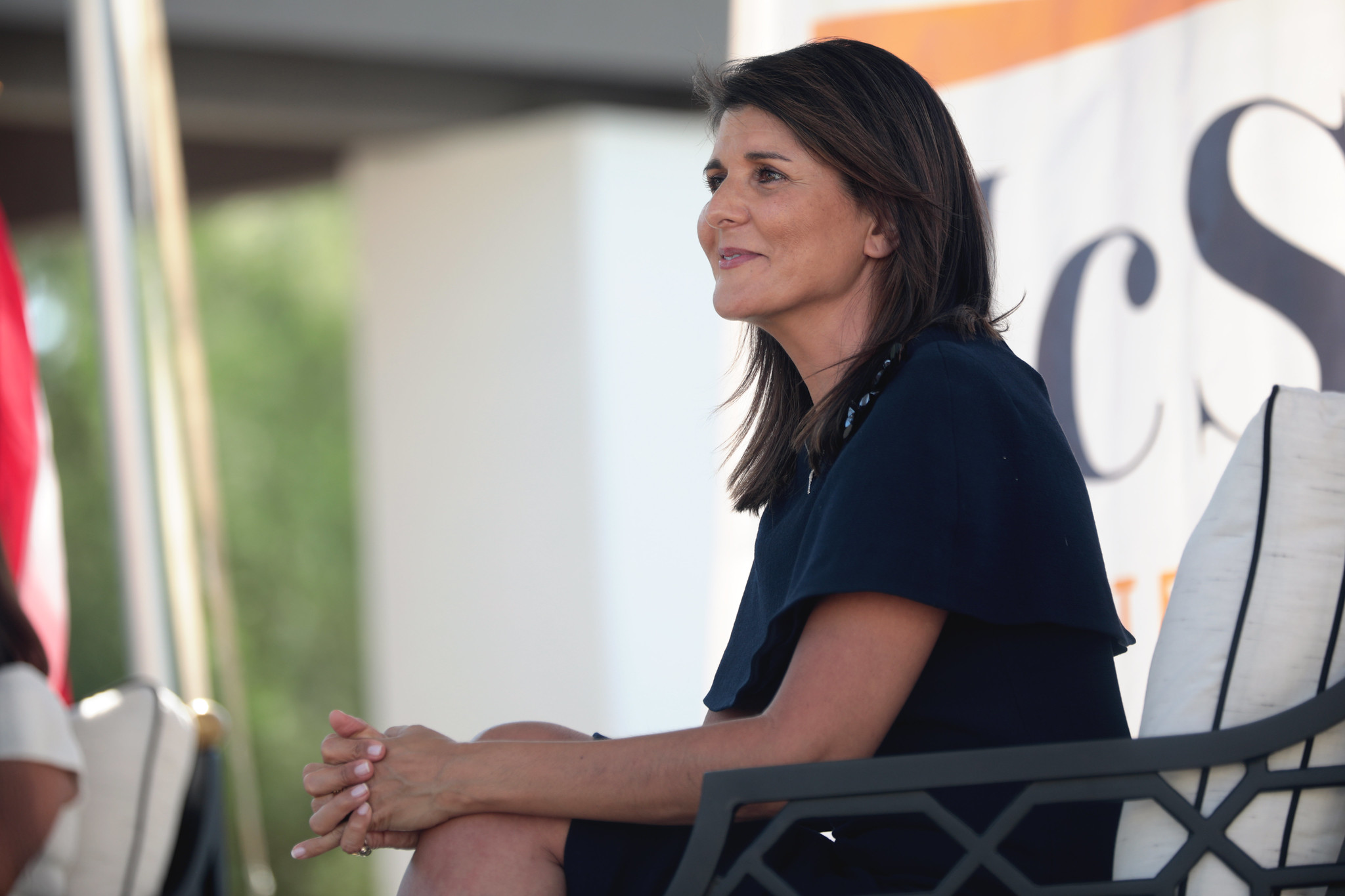 Former South Carolina governor Nikki Haley’s presidential aspirations are very much up in the air now that it appears as though Donald Trump will be a candidate for the Republican presidential nomination in 2024.

While Haley and other 2024 contenders factor Trump 2.0 into their presidential calculus, the former ambassador to the United Nations is offering some advice to Trump’s successor – U.S. president-elect Joe Biden.

In an opinion piece published in The Washington Post, Haley advised Biden to refrain from “sweeping away the achievements and strategies of the past four years” and to resist the “strong partisan pressure to reject most, if not all, of Trump’s foreign policy.”

“Communist China is the most serious global threat the United States faces,” Haley wrote. “It is a strategic competitor with hostile intentions of overtaking us economically and militarily.”

In urging Biden not to “reverse course,” Haley went on to say China “feeds on American openness like a parasite, using it to strengthen itself.”

“A Biden reversal in either country would amount to an embrace of socialism and give a pass to the most monstrous regimes in our hemisphere,” Haley wrote.

Finally, she challenged Biden to “encourage the remarkable progress of Arab-Israeli peace” by continuing to “isolate Iran and encourage harmony between Israel and the Arab states, which now clearly see their common interests.”

Will Biden follow her advice? We shall see … but it’s doubtful. Especially considering the extent to which Biden is already compromised on this front.

Also, as we have noted in previous coverage (here and here) Biden will be under intense pressure to reverse Trump’s legacy on multiple fronts – including foreign policy.

“To think that this moron believes her stay at the UN wasn’t an embarrassment to this country … and that her opinion on foreign policy is better than the professionals upon whom Biden will depend,” observed Keith Olbermann.


While this news outlet rebuked Trump for his perpetual failure to live up to his fiscal promises, we believe his “America First” approach to foreign policy was largely successful. We also believe Trump was wise to push against costly American occupations in foreign countries – a staple of the outdated, unsustainable “neoconservative” approach favored by Haley and her backers.

We also believe Trump was absolutely correct to insist that America’s allies in Europe pay a greater share for their own defense.

Sadly, we do not see Biden embracing any of these common sense approaches … although we do believe Haley and her warmongering allies would push the nation too far in the other direction in the event they were granted directional control over the ship of state.

Barring extreme circumstances, America should strive to trade with everyone and fight with no one – although we have consistently argued our nation has an obligation to protect its citizens and its core national interests abroad.

Which necessitates not only the projection of military strength, but the ability to respond with disproportionate force to any threat.

This obligation does not extend, however, to subsidizing other nations’ militaries or positioning our military as an occupying force in other nations.

America simply cannot afford to do that anymore …

Donald Trump Vows ‘It’s Not Over’ After Supreme Court Defeat