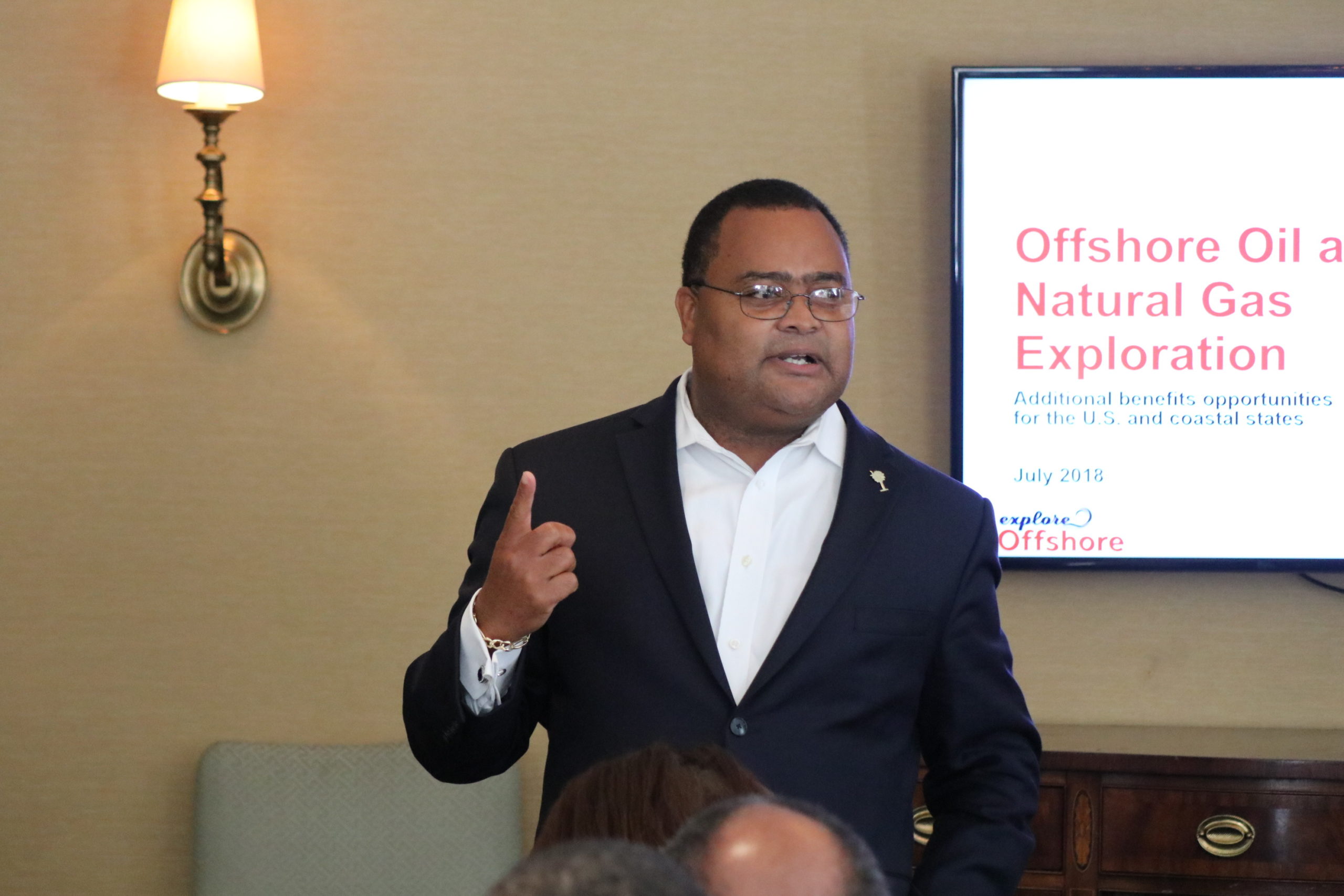 Did they? Only if you subscribe to the warped logic of the new orthodoxy …

Anyway, due to his alleged “inappropriateness” Hart wants to force Loftis and all of his employees to answer their phones with the phrase “Black Lives Matter” until the treasurer publicly apologizes.

Hart’s proposed bill to this effect – H. 3451 – has not attracted any co-sponsors. It has, however, attracted a rebuke from Stephen Gilchrist, president of the S.C. African American Chamber of Commerce (SCAACC).

According to Gilchrist, Hart is an “embarrassment” who is not fit to fill the shoes of the late Joe Brown – who held the seat presently occupied by Hart from 1986-2006.

“Chris Hart is an embarrassment to the legacy of representative Joe Brown who represented that district with distinction for years!” Gilchrist told us. “He has let the people down!”

(Via: Curtis Loftis for Treasurer)

As we noted in our prior coverage, Loftis (above) – a conservative Republican – has been outspoken on his personal social media pages, railing against violent rioting, cancel culture, media bias and many glaring hypocrisies of the far left.

“Have some of his pronouncements been politically incorrect?” we asked. “Sure … but the last time we checked, people still had the right to freedom of expression, right?”

Our view? We believe Hart’s bill is petty. A waste of legislative resources.

Basically, it is using tax dollars in an effort to try and embarrass someone politically.

As we said in our previous post, there is clearly a reason why Hart remains “firmly ensconced on the chamber’s medical, military, public and municipal affairs committee – a.k.a. ‘3M,’” the least influential panel in the S.C. General Assembly.