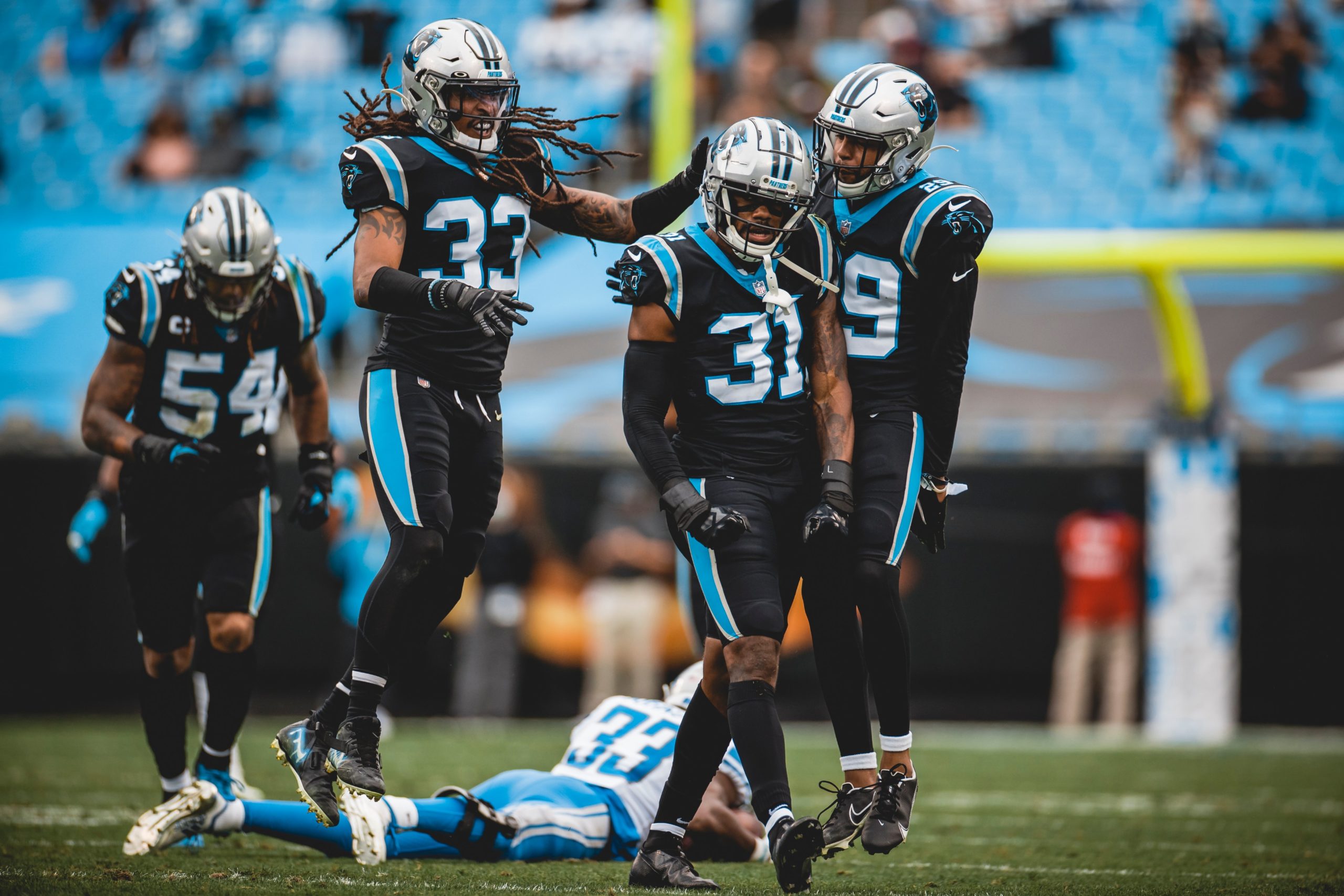 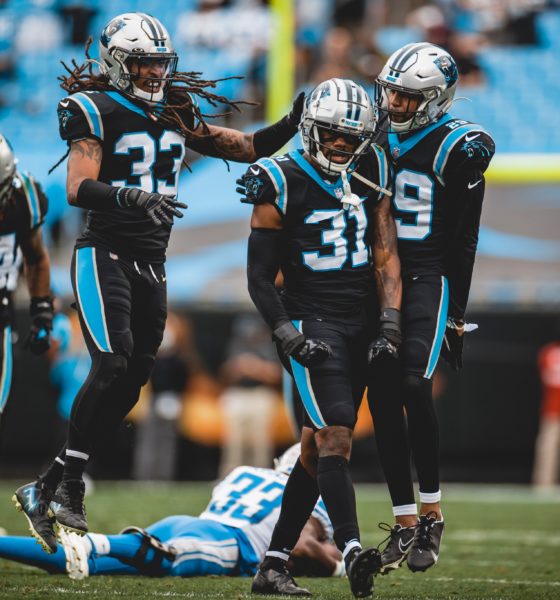 And how will the answer to that question impact the trajectory of the Matt Rhule era?

Entering the final four games of the 2020 season, the Carolina Panthers’ franchise once again finds itself at a crossroads … struggling to define itself in the midst of what is widely viewed as a rebuilding year.

Carolina’s lone victory since October was a 20-0 shutout over struggling 4-7 Detroit at Bank of America Stadium in Charlotte, N.C. on November 22. The Lions, who are last place in the NFC North Division, fired head coach Matt Patricia and general manager Bob Quinn four days later when they were embarrassed by quarterback Deshaun Watson and the Houston Texans on Thanksgiving.

Following Carolina’s triumph over the Falcons on October 11, spirits were high in Charlotte as a franchise that wasn’t expected to do much damage under rookie head coach Matt Rhule had already vaulted above .500 through the first five games of the year.

Since then, though, Carolina has lost six of its last seven contests – although in fairness, five of those losses came by a combined 21 points. The Panthers suffered defeat in those five games by an average of 4.2 points – meaning the team was three touchdowns away from being 9-3 (and sitting atop the division).

For the Panthers, missed opportunities in close contests have been a continued “kryptonite” in what is considered to be a project season. Still, they have performed well against the top teams in the league – and done so without their biggest stars from seasons past.

Carolina came up just short against New Orleans and Kansas City – losing by only five combined points to the division-leading Saints and the Chiefs, who won Super Bowl LIV and are the owners of the NFL’s second-best overall record.


The Panthers were defeated 27-24 by the Saints on October 25 and 33-31 at the hands of the Chiefs on November 8. In both of those defeats, Rhule’s squad showed determination and grit in a season that began with little in the way of expectations for either.

However, Carolina’s struggles have been evident against a laundry list of “mediocre” teams, including a 23-16 loss to Chicago on October 18, a 25-17 loss to Atlanta on October 29, and 28-27 loss to Minnesota last weekend.

While these contests against the Bears, Falcons and Vikings provided excellent opportunities for the Panthers to lick their wounds and return to the win column in “gimme” games, victories proved elusive.

Among the reasons for Carolina’s inherent struggle to get back to the winning column in “winnable” contests? Their inability to finish games on offense in the fourth quarter.

Last Sunday, the Panthers led the Vikings 24-13 with 11:31 remaining in the game – only to be outscored 15-3 down the stretch. Carolina got a final chance to taste victory in the game’s last sequence, but placekicker Joey Slye’s 54-yard field goal attempt was wide left with just one second remaining.

Against Chicago, Atlanta and Minnesota the Panthers mustered only 16 overall points in the fourth quarter – an average of 5.3 points in a crucial 45-minute-span that will more than likely mean the difference between “life” and “death” in the hunt for a wild card bid to the NFL Playoffs, which were recently expanded to include 14 franchises in this season’s field.

One particular area of concern the Panthers can pinpoint is the rushing attack – which has been significantly diminished due to the continued absence of superstar running back Christian McCaffery.

The 5-foot-11, 205-pound native of Castle Rock, Colorado has been hampered by injuries throughout his fourth season in the league, appearing in only three games this season.

McCaffrey signed a four-year, $64 million deal heading into 2020 that made him the highest paid back in the league – but the Panthers’ massive investment into the franchise dual-threat player hasn’t netted a positive return so far this season.

During his first three years in Charlotte, McCaffrey – the former No. 8 overall pick out of Stanford – amassed 3,076 rushing yards, 2,590 receiving yards and accounted for 44 total touchdowns.

The unquestioned leader of the Panthers’ offense, McCaffery suffered an ankle sprain during Carolina’s loss to Tampa Bay on September 20. Since then, he’s only returned once – recording 69 yards on 18 carries against Kansas City a month ago.

McCaffrey injured his shoulder in that game and has missed the Panthers’ last three games – although he could be eligible to return to action on December 13 when Carolina hosts the 4-7 Denver Broncos.

In McCaffrey’s absence, 5-foot-9 bowling-ball style running back Mike Davis has proven his worth as a solid backup – with the former South Carolina Gamecocks’ star recording 504 yards and three touchdowns.

Still, the Panthers rank No. 20 in the league with just 106.4 yards per game on the ground – which is not going to cut it.

While McCaffery’s flag is planted in Charlotte for the long haul, Davis is set to become a free agent at the end of the season. Carolina would be wise to consider keeping him as a change-of-pace back (assuming they have enough salary cap space) – otherwise expect to see him “cash in” on his success in a new city in 2021.

Whatever their plans may be for Davis, the Panthers should sit McCaffery over the final four games of the year to avoid further injury – unless the franchise has last minute plans for a playoff push that fans and media are currently unaware of.

A postseason run is still a mathematical possibility, but the mantra may as well be, “I’m alive, but barely breathing.” The New York Times playoff simulator gives Carolina a mere one percent chance of qualifying for the postseason.

To close their season, Carolina will face the following slate of opponents: Denver at home (December 13), at Green Bay (December 19) at Washington (December 27), and at home against New Orleans (January 3, 2021)

Contests against the 4-7 Broncos and the 4-7 “Football Team” from the District of Columbia could provide excellent opportunities to build momentum – and if Carolina could win both of those contests and score an upset against either the Packers or Saints, a 7-9 record is possible. Given the Panthers low expectations for this fall, such an outcome would allow Carolina to continue “building for the future” behind Rhule, new quarterback Teddy Bridgewater and offensive coordinator Joe Brady.

As for the 2021 NFL draft, look for the Panthers to scout players at tight end and linebacker. Following tight end Greg Olsen’s move to Seattle and the unexpected retirement of seven-time Pro Bowl linebacker Luke Kuechly, Carolina will need to find more identity at these positions if it hopes to take a step forward next season.

South Carolina’s Hiring Of Shane Beamer Is Terrible On Paper … But Will It Pan Out Where It Counts?