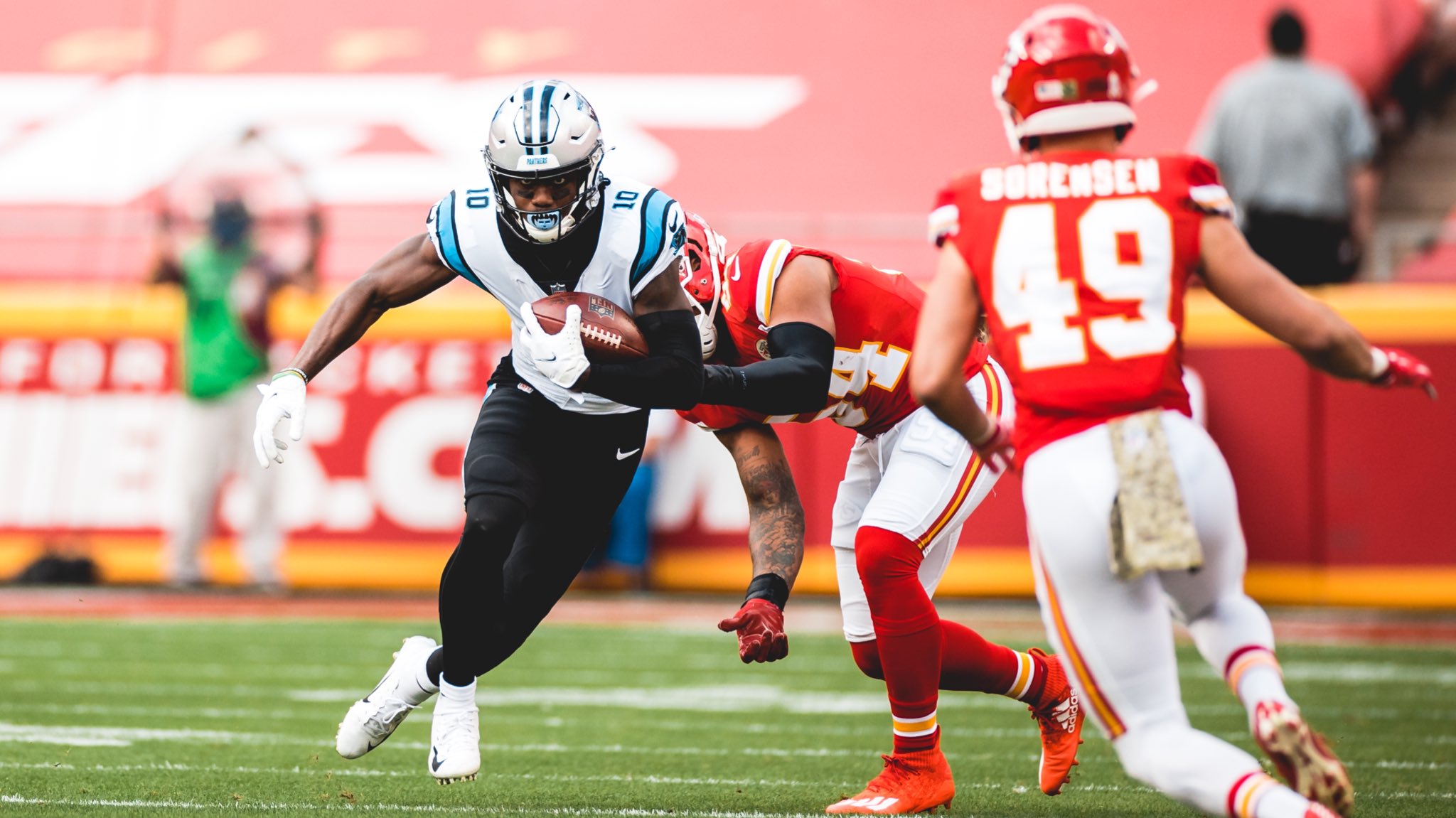 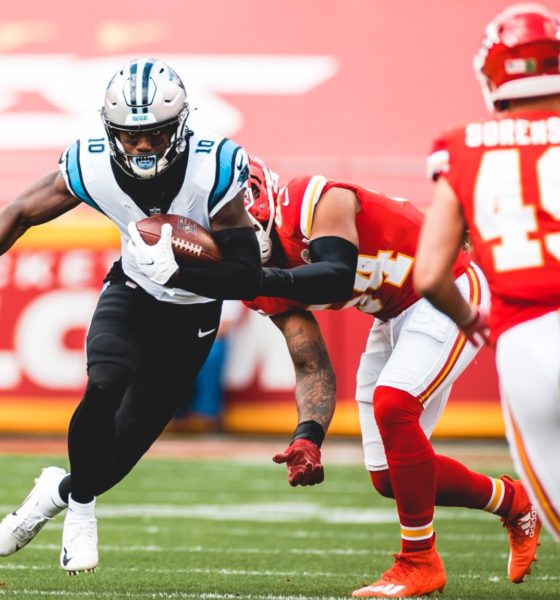 Playoff bid is a long shot, but franchise has made strides in 2020 …

Following a narrow 33-31 defeat at the hands of the AFC-leading Kansas City Chiefs, the 3-6 Carolina Panthers find themselves staring up at the 6-2 New Orleans Saints and 6-3 Tampa Bay Buccaneers in the NFC South Division heading into the second half of their first season under head coach Matt Rhule.

The Panthers’ current position in the division owes to their recent four-game losing streak – something the franchise must snap if it hopes to have any chance of qualifying for the 2021 NFL Playoffs.

This season has been a trial run of the NFL’s expanded bracket format, which is set to continue this season. However, the league has a contingency plan to add two teams to the bracket in this season’s playoff if enough regular season are cancelled due to COVID-19 – which would increase the number of qualifying franchises to sixteen.

After hard-fought losses to 5-4 Chicago and New Orleans, Carolina’s primetime “Thursday Night Football” matchup at Bank of America Stadium against the 1-6 Atlanta Falcons on October 30 offered a golden opportunity for the club to move back to .500 and gain their first series sweep since 2013.

In typical Panthers fashion, though, Carolina choked against Atlanta – getting outclassed by the Falcons in the second half en route a humbling Halloween Eve defeat.

It’s been over a month since the Panthers scored their last victory, a 23-16 road triumph over the Falcons on October 11. Misery loves company, too, as these rivals are currently tied for last place in the NFC South with a combined four wins outside of their head-to-head series.

Carolina wasn’t expected to shock the world this fall, but the franchise looks sleeker and has made some strides in what pigskin pundits agreed was a “project season.” Offensively, new starting quarterback Teddy Bridgewater has accounted for 2,416 yards and a completion percentage of 71. 9 percent – ranking No. 5 and No. 2, respectively, among all quarterbacks in the league in those categories.

By contrast, Carolina’s former franchise quarterback – Cam Newton – has been a liability in New England, throwing for two touchdowns and seven interceptions for a franchise in free fall following the exit of Tom Brady, the Patriots’ quarterback of the past 20 years.

The Panthers will be facing Brady and the Buccaneers at 1:00 p.m. EST on FOX at Bank of America Stadium in Charlotte, North Carolina this Sunday.

Can they take a step forward and get back on track for a possible playoff berth under the “expanded bracket” format?

Carolina has been competitive during their first season of the Rhule era – losing by an average of just three points per game to a group of teams (Chicago, New Orleans, Kansas City) with combined record of 19-7. Five of the Panthers six losses have come by a single score or less.

Carolina has been unable to finish the job, though – including games against teams it should have been able to beat (like the Falcons).

That’s definitely an upgrade from last season under Ron Rivera, who after being fired by Panthers’ owner David Tepper now leads the nameless 2-6 Washington Football Team.

What must Carolina do to qualify for a playoff bid? First, Rhule and his squad must stop the bleeding by beating Brady – a six-time Super Bowl champion – and the Bucs.

With a loss on Sunday, Carolina probably wouldn’t have any wiggle room to make the postseason – and even with a win its chances are slim.

Still, Carolina is only down 2.5 games in the chase for the NFC South division title – and with six games remaining a win over the Bucs would be a huge momentum builder.

Also, Tampa Bay is searching for answers after getting throttled on Sunday at home by New Orleans in a game the Buccaneers were favored to win.

Obviously the two most formidable teams on the remaining slate are the Packers and Saints – both 6-2 – but the résumé from the remainder of the aforementioned list is not good: The Lions, Vikings and D.C. “football team” combine for an 11-21 overall record.

The Panthers’ odds lengthened significantly after this week’s announcement that 5-foot-11, 205-pound running back Christian McCaffery is back on the injured reserve list.

After playing in all sixteen of Carolina’s contests during his first three seasons in the league, McCaffrey has only appeared in three games this season – first enduring an ankle sprain in week two and then injuring his shoulder last week against the Chiefs.

The return of McCaffery should be season-defining for the Panthers, but former South Carolina Gamecocks star Mike Davis has been a capable backup – amassing 354 yards and two touchdowns on 85 carries while also adding 278 receiving yards on 43 receptions.

Those aren’t McCaffrey-esque numbers, but they are serviceable.

The problem? Carolina isn’t punching the ball in …

While the Panthers rank No. 15 in the NFL with 369.2 offensive yards per game, they rank No. 22 in the league in scoring, averaging 23.2 points per game. Thus, Carolina will need to do a better job capitalizing on its opportunities down the stretch to win more of these close games.

Another underlying challenge for the franchise is a young defense that is adjusting on the fly with a number of new rookies including defensive tackles Derrick Brown and Bravvion Roy, safety Sam Franklin, cornerback Troy Pride, and others.

Carolina currently ranks No. 17 in total defense (361.8 yards per game) and No. 15 in scoring defense (25.1 points per game) in its first season without seven-time Pro Bowl linebacker Luke Kuechly.

A playoff bid may not be a likely end to year one of the Rhule era, but it remains within reach for Carolina. Regardless, it will be exciting to see how this team responds following their four-game losing streak. Even without a playoff appearance this season, the Panthers will use the second half of this season as a learning opportunity as they focus on further improvements in 2021.