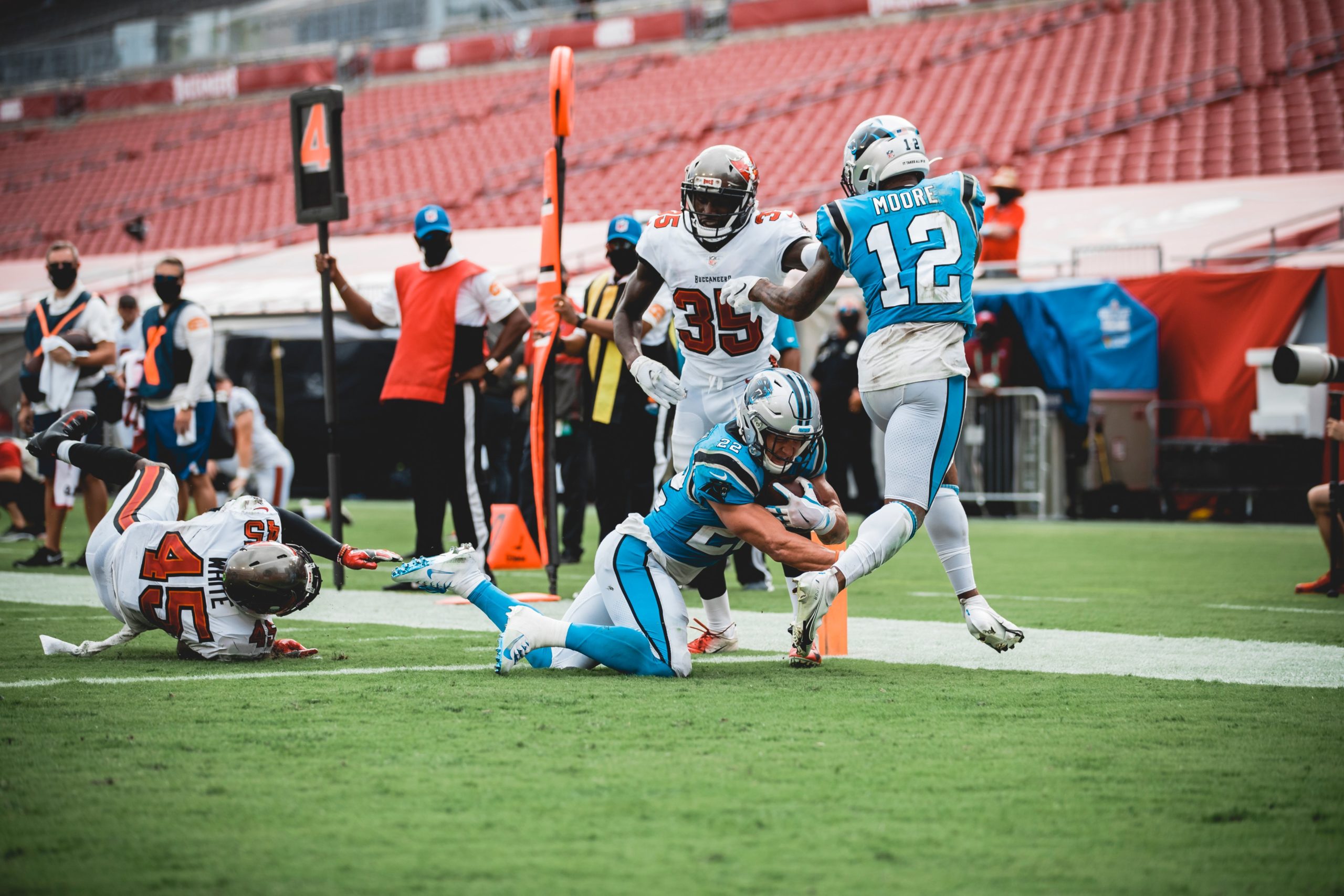 The Carolina Panthers were an unknown commodity heading into the 2020 season, but the one constant was supposed to be fourth-year tailback Christian McCaffrey – who signed a four-year, $64 million deal with the club in the offseason.

The 24-year-old speedster was the key to Carolina’s offense last year – becoming only the third player in league history to record 1,000 yards rushing and 1,000 yards receiving in the same season.

During his first three years in Charlotte, N.C., McCaffrey – the former No. 8 overall pick out of Stanford – amassed 3,076 rushing yards, 2,590 receiving yards and accounted for 44 total touchdowns.

During the Panthers’ season-opening loss to the Las Vegas Raiders, he ran for 93 yards on 23 carries with two touchdowns. He also caught three passes for 38 yards – helping his team bounce back from a 27-15 deficit to take a 30-27 lead midway through the fourth quarter.

On Sunday, McCaffrey was spearheading a Panthers’ comeback against Tom Brady and the Tampa Bay Buccaneers when he injured his ankle on a seven-yard touchdown scamper …

The score – McCaffrey’s fourth rushing touchdown of the season – brought his team within a touchdown of the Bucs, who had stormed out to a 21-0 lead (including two touchdowns off of turnovers by new Panthers’ quarterback Teddy Bridgewater).

As he sprinted to the corner of the end zone, McCaffrey was clipped from behind by Buccaneers’ linebacker Devin White – causing him to fall awkwardly across the goal line.

Wincing in pain, McCaffrey walked gingerly to the sidelines after the play – receiving attention from the Panthers’ medical staff. His ankle was taped up, but he did not return to the game – and with him out of the lineup, Carolina’s comeback hopes evaporated.

NFL reporter Ian Rapaport tweeted on Monday morning that the Panthers were in “wait-and-see mode” as it related to McCaffrey’s injury – specifically awaiting the results of a magnetic resonance imaging (MRI) examination of his ankle and foot.

Stay tuned … we are awaiting official confirmation as to the nature and severity of McCaffrey’s injury, as well as an estimate on how much time he could miss as a result of it.

Obviously, McCaffrey’s injury puts tremendous pressure on Matt Rhule – who is winless in his first two starts as a head coach in the National Football League (NFL).

Carolina hasn’t tasted victory since last November – when they defeated the Tennessee Titans 30-20 at home under former head coach Ron Rivera (who was fired with four games remaining on the 2019 schedule).

It has been a big week of news for the Panthers. In addition to the injury to McCaffrey and the team’s disappointing 0-2 start, groundbreaking has been delayed on its heavily taxpayer-subsidized practice facility in York county, South Carolina.

The Panthers are also feeling a cash crunch due to the coronavirus pandemic, with one report estimating the franchise could lose as much as 34 percent of its annual revenue – or $143 million – as a result of lost gameday revenue.

Tepper – the league’s wealthiest owner with an estimated net worth of $12.7 billion – was heavily criticized for his decision to fire or furlough staff, which contrasted starkly with other high-profile owners like Mark Cuban who have pledged to pay employees through the crisis.

UPDATE || The official word … McCaffrey is out 4-6 weeks with a high ankle sprain.