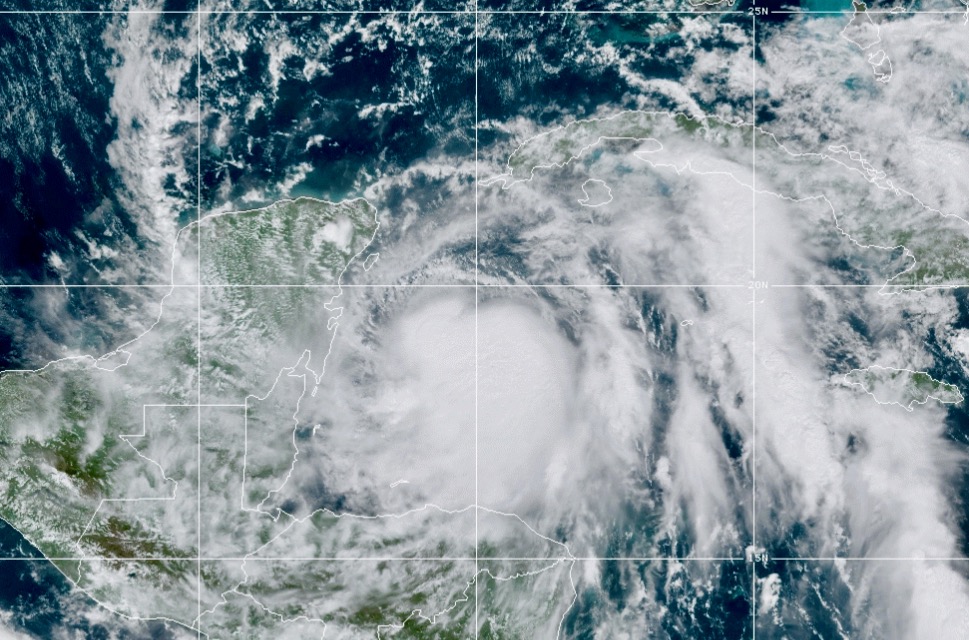 The 2020 Atlantic hurricane season is showing no signs of letting up as another named storm has formed in the Gulf of Mexico. As of the 1:00 p.m. CDT advisory from the National Hurricane Center (NHC) in Miami, Florida, Zeta was on the verge of achieving hurricane status.

Zeta is already the 27th named system of the 2020 season – which got off to an early start on May 16 with the formation of Tropical Storm Arthur. Ten storms have already made landfall in the contiguous United States, breaking a record that stood for 105 years.

The prodigiousness of the Atlantic basin has already shattered projections, and there are still thirty-five days before the season is over. Which means there is still plenty of time for more records to fall.

The current record of 28 named storms was set back in 2005 – the year Hurricane Katrina barreled into New Orleans. That year also boasted the most hurricanes (15) and the most major hurricanes (7) – and remains the second-costliest tropical season on record (trailing only 2017, which saw Hurricane Harvey, Hurricane Irma and Hurricane Maria do catastrophic damage to the American mainland).

The 2017 and 2020 seasons are the only tropical years which required forecasters to invoke the Greek alphabet to designate new storms.

So far this year, eight storms have made landfall along the Gulf Coast – most of them impacting the state of Louisiana.

In anticipation of Zeta’s impending arrival, energy companies with assets in the Gulf of Mexico issued statements Monday announcing their plans.

“We will start reducing non-essential personnel,” a statement from Shell noted.

Other companies announced plans to relocate personnel as the storm appeared likely to move over a section of the gulf replete with oil rigs.

Zeta formed early Sunday in the Caribbean and is currently moving northwest (toward the Yucatan Peninsula) at 10 miles per hour with maximum sustained winds of 70 miles per hour.

What is driving the formation of these storms? Ocean temperatures on the other side of the planet, believe it or not …

Hurricane forecasts for the Atlantic basin are heavily influenced by the water temperature in the Pacific Ocean. Specifically, El Niño and La Niña weather patterns.

Meteorologists called for El Niño conditions to prevail in 2017 and 2018 – which would have suppressed hurricane formation – but that did not happen.

According to the National Oceanic and Atmospheric Administration (NOAA), a La Niña pattern was declared on September 10, 2020 – with forecasters predicting a 75 percent chance that it would remain in place through February 2021.

What sort of weather might Zeta bring to South Carolina?

“Zeta’s post-landfall track has shifted east during the last 48 hours putting the remnants of (the storm) over the state Thursday to early Friday,” an advisory from the S.C. Department of Natural Resources (SCDNR) noted. “Rainfall amounts are a tad all over the map but 1-4 inches over the northern Midlands and Upstate by Friday afternoon is reasonable.”

“Any more tropical cyclones (and) we may have tap into the Aramaic alphabet,” SCDNR climate analyst Mark Malsick quipped.