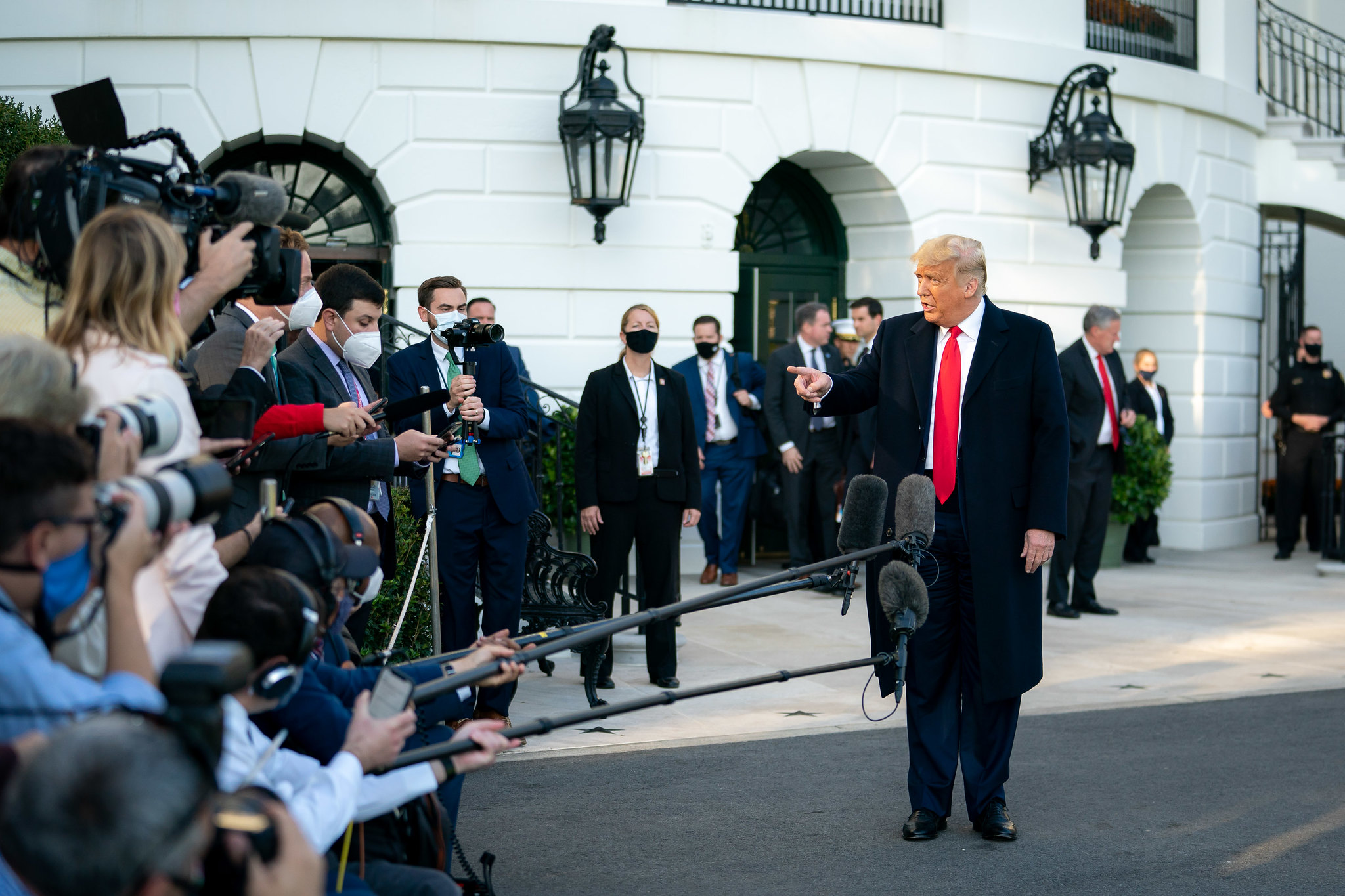 North Carolina is leaning more solidly toward U.S. president Donald Trump as election day nears according to the latest survey results from The Trafalgar Group – whose top pollster Robert Cahaly has been gaining nationwide fame over his projections that the embattled GOP incumbent will win a second term in office.

Cahaly was one of the few pollsters who correctly called Trump’s 2016 upset victory over Hillary Clinton.

That was no anomaly, either. The Atlanta, Georgia-based pollster/ strategist has been consistently on the mark since then – including the 2018 GOP gubernatorial primary in South Carolina (which he hit square on the nose) and the 2020 “First in the South” Democratic presidential primary election (in which he presaged Democratic nominee Joe Biden’s campaign-saving landslide).

According to Trafalgar’s latest North Carolina numbers – released on Sunday afternoon – Trump was drawing 48.8 percent of the vote in the Tar Heel State compared to Biden’s 46 percent. Libertarian nominee Jo Jorgensen – our choice for the White House – was backed by 2.3 percent of respondents while 1.2 percent said they supported other candidates and 1.7 percent said they were undecided.

If accurate, this 2.8 percentage point margin for Trump would be significantly better than the 1.7 percentage point edge Trump enjoyed in the September 2020 Trafalgar poll in North Carolina – which had the GOP incumbent at 47.8 percent and Biden at 46.1 percent.

Trafalgar’s survey was conducted between October 20-22 – prior to Trump’s visit on Saturday to the Robeson County Fairgrounds in Lumberton, N.C. It has a margin of error of 2.89 percentage points.

Trump praised Trafalgar’s polling prior to his North Carolina trip.

Prior to the release of the latest Trafalgar data, RealClearPolitics’ average of recent North Carolina surveys had Biden leading the state by 1.8 percentage points – including a CBS/YouGov survey taken between October 20-23 which showed him drawing 51 percent of the vote compared to Trump’s 46 percent.

North Carolina is one of several must-win “swing’ states for Trump if he is to have any hope of replicating his 2016 Electoral College upset.

Worth considering? As of 9:30 a.m. EDT on Sunday (October 25, 2020), 2.32 million “one-stop early voting ballots” had been cast in the Tar Heel State. Considering there are 7.31 million registered voters in North Carolina, that’s 31.8 percent of the state’s votes already in the bag.