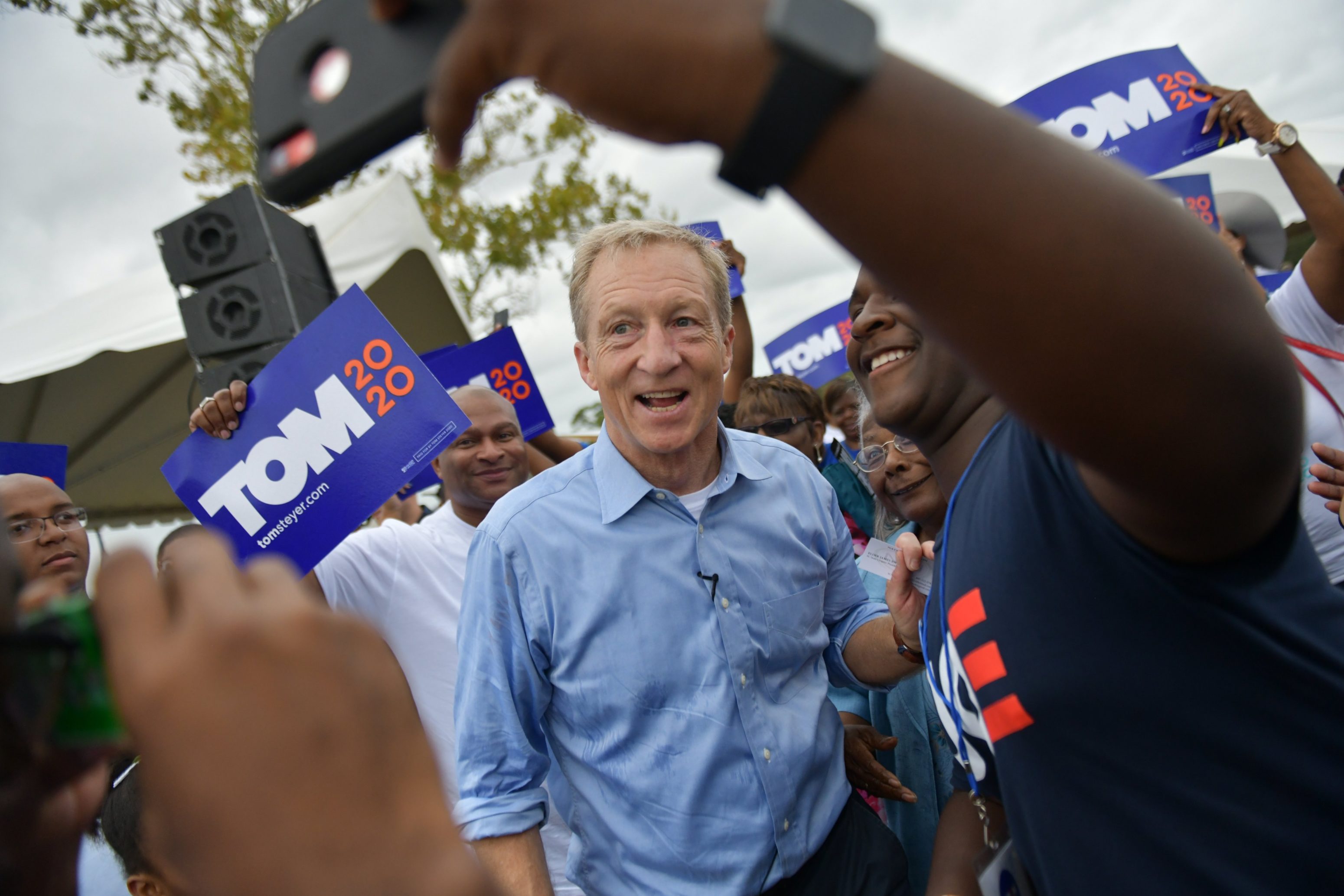 Liberal billionaire Tom Steyer is hoping a ground game in early-voting South Carolina will start moving the numbers for his Democratic presidential candidacy – which is spending big bucks on advertising but has thus far failed to break into the top tier of candidates.

Steyer is well-positioned to campaign against U.S. president Donald Trump on economic issues, but he has nearly two dozen Democrats to deal with before he can do that – including a former vice president and six sitting U.S. senators.

The odds against him are long, in other words …

Nonetheless, the 62-year-old New York City native became a late entry into the crowded field for the 2020 Democratic presidential nomination in July. Prior to announcing his candidacy, Steyer ran the liberal advocacy group NextGen America and was a prominent supporter of impeaching Trump via another one of his left-wing groups, Need to Impeach. He originally said he was not seeking the presidency, but then reconsidered.

Steyer, whose net worth is pegged at $1.6 billion, has pumped millions of dollars into advertisements since entering the race. So far the blitz has not paid off, though. As of this writing, Steyer remains a bottom tier candidate – polling at 2.3 percent in Iowa, 2.7 percent in New Hampshire and 2.8 percent in South Carolina, according to composite data from Real Clear Politics.

A recent Fox News poll in South Carolina had Steyer at four percent, however.

Will an aggressive ground game help Steyer (above) turn things around?

“I’m confident that the team announced today will share with South Carolinians Tom’s transformative vision to reinvest in America’s promise,” Steyer’s national campaign manager Heather Hargreaves said in a statement. “The strength of our team lies not only in our diversity, but also in our shared commitment to break the corporate stranglehold on our democracy, tackle the existential threat of the climate crisis, and put people over profits.”

This news outlet has always noted that Steyer’s vast personal fortune “will enable him to build name identification via paid television, radio, online, print ads and mail pieces.” We have also noted that his involvement with two leading liberal advocacy groups gave his campaign a huge head start on building the sort of grassroots organization necessary to compete in a presidential race (especially a crowded one like this).

Ron Paul: Washington Is Wrong About The Kurds