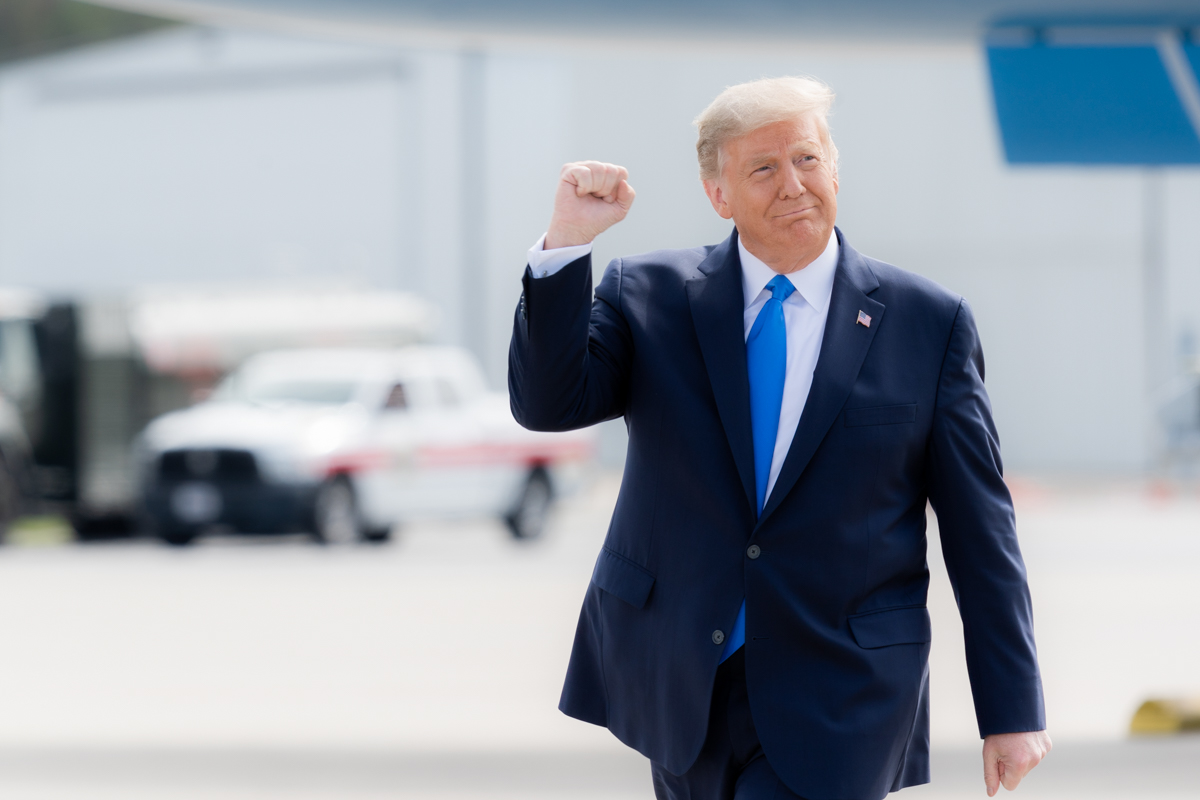 The election of Democrat Joe Biden as the 46th president of the United States is a foregone conclusion – assuming you believe the polls and the pundits, that is. But … should you believe them?

We have written extensively about how the polls – which were clearly wrong in 2016 – may well be wrong again in 2020. In fact, we are reliably informed the so-called “shy Trump vote” – which propelled Donald Trump to the White House four years ago – may be back stronger than ever this fall.

Will these against-the-grain observations be sufficient to carry Trump to another odds-defying upset? Yes … at least that is the assessment of Robert Cahaly of The Trafalgar Group, one of the only pollsters who called Trump’s upset win in 2016 (and the only pollster to correctly predict that Trump would carry Michigan).

Cahaly was featured last week on a podcast entitled The Gist with Mike Pesca. Their conversation provided a fascinating glimpse into the methods employed by the Atlanta, Georgia-based pollster – whose projections have a history of accurately accounting for the “social desirability bias” that exists in mainstream polling.

“Social desirability bias” refers to respondents answering survey questions in ways they believe will looked upon more favorably by others.

Not only does this bias impact responses, though … it impacts who responds.

According to Cahaly, Biden supporters are currently five times likelier to talk to a pollster than Trump voters – a spread that is only growing the closer we get to election day.

So … what is the impact of this bias? And could it possibly be strong enough to propel the GOP incumbent to a seemingly impossible reelection?

“If the election were held today who do you project winning?” Pesca asked Cahaly toward the end of their chat.

Again, based on current mainstream polling projections, such an outcome seems utterly implausible …

Where does Cahaly see Trump succeeding where the mainstream polls show Biden prevailing?

“I think he wins Florida – I don’t think Florida is a question,” the consultant told Pesca. “Ohio and Florida are not a question. Anybody talking about Georgia and Texas, that ain’t gonna happen.”

What about other swing states?

“He’ll edge out North Carolina then I think he’ll win Arizona so then it comes down to he only has to win one of Pennsylvania, Michigan, Wisconsin or Minnesota – and I believe he will win one of them,” Cahaly continued. “I think Michigan is an excellent chance for a Trump victory, I would say probably of those four Michigan is the most likely one that he will win.”

Really? According to the latest composite polling data from RealClearPolitics, Biden currently enjoys a 6.8 percent advantage over Trump in the Great Lakes State.

The only poll showing Trump ahead? Trafalgar’s – and even that survey has the GOP incumbent ahead by a razor-thin margin of 0.6 percent.

To listen to the interview in its entirety, click on the podcast link below. The conversation with Cahaly begins at the 10:30 mark and his (current) electoral prediction is offered at the 26:00 mark …

Even conservative websites were skeptical of Cahaly’s predictions.

“A polling miss of two or three points would be perfectly ordinary for any pollster, yet Cahaly’s prediction depends upon him missing nowhere,” noted the anonymous blogger Allahpundit for the website Hot Air. “If Biden fares just two points better in Michigan than Trafalgar expects, he’ll be president. If he’s three points better in Florida and North Carolina, he’ll be president comfortably.”

That’s true … especially after Cahaly’s latest Michigan survey showed Biden only needed to outperform his projection by 0.7 percent to carry the state (and secure a White House win for Democrats). That spread is well within the poll’s 2.7 percent margin of error.

“Cahaly is going way, way out on a limb here,” noted Kyle Smith for National Review. “Nobody else is saying that any of this stuff is going to swing things in Trump’s direction enough for him to pull out the win. Pretty much nobody else even thinks the election is going to be close. If Cahaly is right, he’s the new king of pollsters. If he’s wrong, he’s going to be a laughingstock.”

But what if he gets it right?

“If in fact Trump performs much better on Election Day than the competition expects, and especially if he does well enough to win another term, Cahaly will instantly be the most renowned pollster in America,” Allahpundit noted. “The rest of the polling industry will never recover its reputation. That’s what’s on the line on November 3, in addition to control of the White House and Senate.”

Worth noting, though? Cahaly wasn’t just deadly accurate in 2016, he has been consistently on the mark since then – including the 2018 GOP gubernatorial primary in South Carolina (which he hit square on the nose) and the 2020 “First in the South” Democratic presidential primary election (in which he presaged Biden’s campaign-saving landslide).

In other words, he hasn’t been a “one-hit wonder” – he has been consistently on the mark in a myriad of races that saw other pollsters miss badly.

Our view? Obviously, the odds are stacked against Trump on November 3, 2020. And as Allahpundit observed there is literally zero margin for error when it comes to a projecting a path to victory for the GOP incumbent. Still, it would be unwise to dismiss Cahaly’s polling.

He has proved the polling establishment wrong once already … who is to say he can’t do it again?