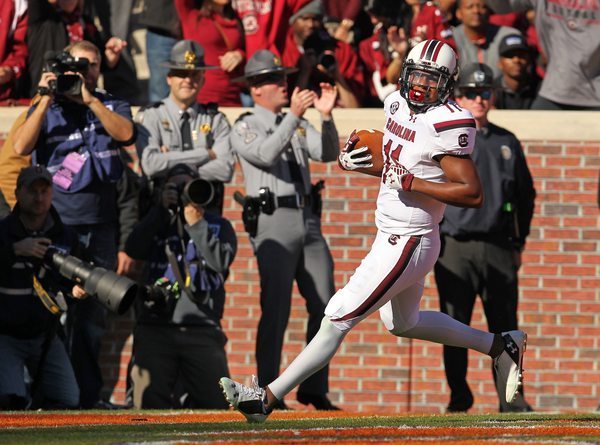 || By FITSNEWS || University of South Carolina wide receiver Pharoh Cooper has been named a first-team All-SEC and All-American performer according to Athlon Sports.

The 5-11, 208-pound senior from Havelock, N.C. caught sixty-nine passes for 1,136 yards and nine touchdowns in 2014 – a bright spot in an otherwise forgettable year for the Gamecocks.  Cooper also ran for 200 yards and another two scores – and threw a pair of touchdown strikes.

He’ll need to be at the top of his game in 2015 as the South Carolina program seeks to rebound from last year’s disastrous campaign – and do so against an SEC Eastern division that’s expected to be much more competitive.

Cooper was the only Gamecock named to Athlon’s first or second team all-conference squads.  Junior linebacker Skai Moore was a third-team selection, as was place kicker Elliott Fry.

South Carolina opens its 2015 season against North Carolina in Charlotte, N.C.  on September 3.  Head coach Steve Spurrier is in his eleventh season in Columbia, S.C., where he has posted an 84-45 mark (including a 49-16 record over the past five seasons).