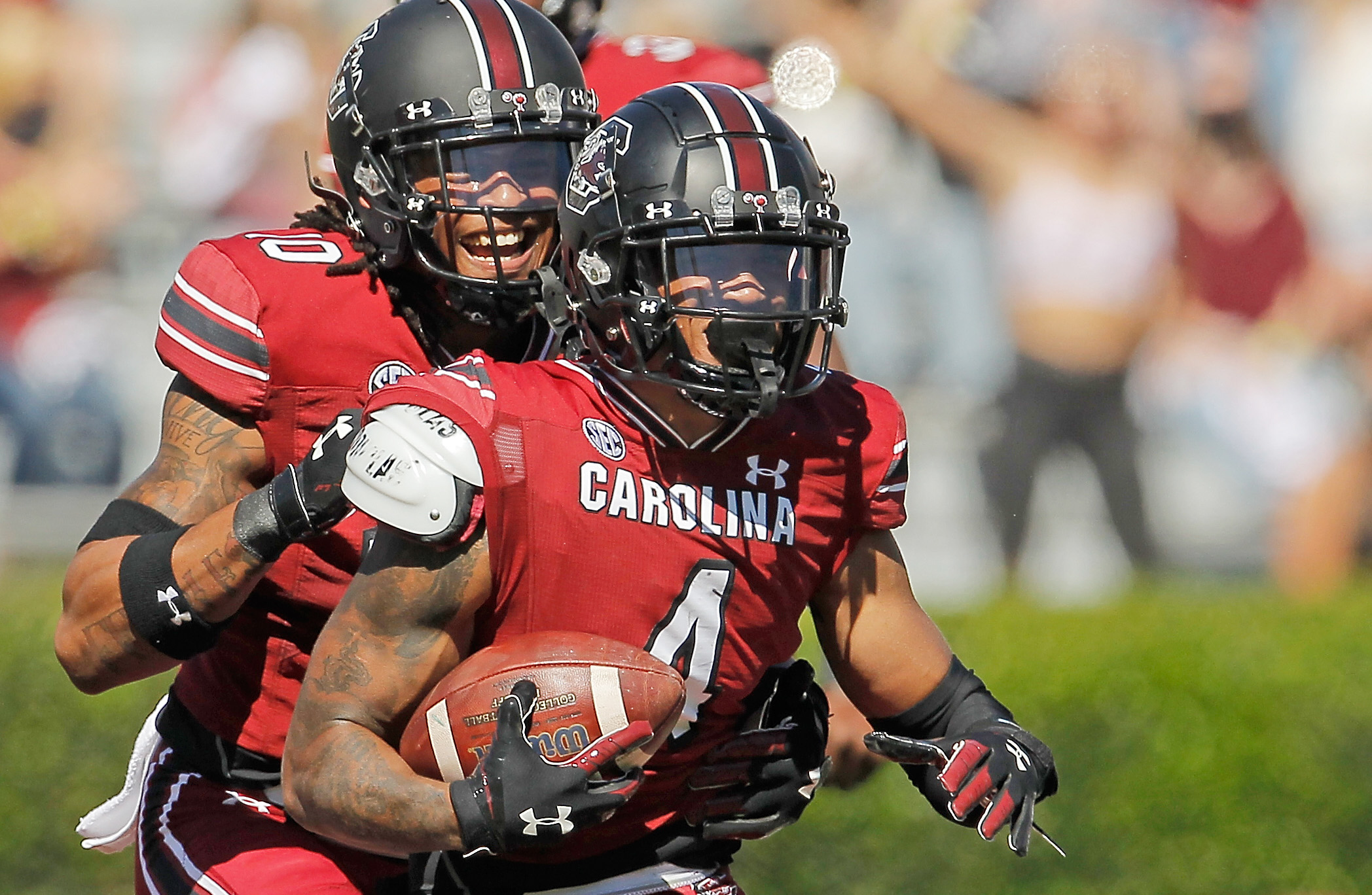 For the South Carolina Gamecocks and Louisiana State Tigers, this weekend’s primetime matchup at Tiger Stadium in Baton Rouge, Louisiana is a contest featuring two programs at a crossroads.

South Carolina desperately needs to find another a win in order to stay on track for fifth-year head coach Will Muschamp’s campaign goal of finishing .500 or better against an increasingly-challenging ten-game conference-only slate.

Meanwhile, the defending national champion Tigers are desperate to get back in the win column following early-season losses to Missouri and Mississippi State. Both the Gamecocks (2-2) and Tigers (1-2) are unranked – although LSU began the season ranked No. 6 in the nation.

If the Gamecocks can pull off another upset, it would mark the first time since 2017 that the program has won three straight games. It would also break a string of six straight losses in this lopsided series – and give South Carolina its first win over LSU since 1994.


After securing its first victory over a ranked opponent at Williams-Brice Stadium since former quarterback Jake Bentley spearheaded a 24-21 win against then-No. 18 Tennessee on Oct. 29, 2017, South Carolina is surging with momentum for the first time this season.

And why not? Last weekend’s 30-22 win over Auburn was critical for Muschamp as he seeks to reorient his program’s recent trajectory.

As for LSU, its current team bears little resemblance to the Joe Burrow-led squad that thrashed Clemson 42-25 at the Superdome in New Orleans, Louisiana to win last season’s College Football Playoff (CFP) championship.

Headed into this season, pundits predicted South Carolina would be a heavy underdog in this rescheduled rendition of the intra-divisional rivalry. However, after two early losses caused LSU to limp out of the gate the Bayou Bengals are only six-point favorites over the Gamecocks at home, according to OddsShark.

The spread in this game could fluctuate closer to kickoff, however, as Tigers head coach Ed Orgeron does not expect starting quarterback Myles Brennan to suit up for Saturday night’s contest.

In Brennan’s place, the Tigers expect to start either TJ Finley or Max Johnson – both of whom are true freshmen.

For Muschamp, another win would be monumental from a motivational and a historical standpoint. Prior to last weekend’s upset, South Carolina had not defeated Auburn since 1933 – and the Gamecocks overall record against LSU is similarly damning. South Carolina is 2-18-1 in 21 contests against the Tigers, with their last win in the series coming when former head coach Brad Scott was in his first season in Columbia, S.C.

Prior to that, South Carolina had to track back 64 years to find its previous victory, when head coach W.L “Billy” Laval secured a 7-6 win over LSU in 1930.

Now, it’s up to Muschamp to do something that former head coach Steve Spurrier could never do at South Carolina, beat Auburn and LSU.

A win could also potentially secure South Carolina’s first appearance in the AP Top 25 since Sep. 2, 2018 – a short-lived stay (at No. 24) which ended with a humbling 41-17 loss to Georgia in Columbia, S.C. the following week.

What would it take for South Carolina to orchestrate its second straight upset this weekend in Baton Rouge?

Before last weekend’s upset win over Auburn, this reporter credited the Gamecocks’ bend-don’t-break defensive mentality. While allowing 30.3 points per game to opponents not named Vanderbilt in the SEC, South Carolina is No. 1 in the conference and No. 8 nationally when it comes to third down defense – allowing only 13 conversions on 47 attempts.

On fourth-down defense, the Gamecocks are unmatched – allowing zero
conversions on five attempts.

South Carolina has also forced five overall interceptions, four which have came in the past two games.

While Auburn’s Bo Nix made his case as one of the worst quarterbacks in the Southeastern Conference last week, the Gamecocks still earned their interceptions – especially the pair of picks snared by 6-foot-1 205-pound junior Jaycee Horn, who had a career performance for South Carolina last week.

Horn recorded two interceptions and five pass break-ups on eight targets. Couple that with fifth-year senior quarterback Collin Hill’s ability to take care of the football on offense and it is easy to see why South Carolina ranks No. 4 in the SEC and No. 22 in the NCAA in turnover margin.

During South Carolina’s nine-win season in 2017, the defense had a knack for finding the football, with the Gamecocks finishing No. 13 overall in the ever important statistical category.

These statistical measures are a great sign for the Gamecocks as they make their first return trip to Death Valley since 2015.

It will definitely be strength-on-strength Saturday night as LSU’s high-flying passing attack is averaging 370.7 yards per game – fourth-best nationally. Again, though, it remains to be seen how LSU will handle the absence of Brennan.

One critical matchup will pit Horn versus Terrace Marshall Jr. The 6-foot-3, 200-pound wideout from Bossier City, Louisiana has been a machine for the Tigers this fall, recording 21 catches for 424 yards and seven touchdowns.

As they have all season, the Gamecocks will rely on star receiver Shi Smith. The speedy 5-foot-10 product of Union, S.C. has averaged 10.2 yards per catch on 347 yards and three touchdowns in just four contests this season.

“Their quick game with their quarterback and (Shi Smith) is phenomenal,” Orgeron said in previewing the matchup.

South Carolina’s offense isn’t a world-beater, but new offensive coordinator Mike Bobo’s unit plays keep away from opposing defenses, averaging an SEC-best 33 minutes in time of possession (which ranks No. 9 in the NCAA).

Meanwhile LSU is averaging only 96.7 yards per game on the ground – a number which is next-to-last in the SEC and No. 73 out of the 77 Football Bowl Subdivision (FBS) schools that have played football so far this season.

That matches well for South Carolina’s rushing defense, which is only giving up 124.5 yards per game this fall.

LSU’s rushing defense is No. 5 in the SEC and No. 20 in the NCAA, but look for the Gamecocks to push the ball through the air against the Bayou Bengals porous passing defense.

Under former Nebraska head coach and defensive coordinator Bo Pelini, LSU is allowing 380.7 passing yards per game, a measure that ranks second to-last in the FBS this season.

Whichever freshman quarterback the Tigers turn to, South Carolina will need to force them into rushed decision-making and continue taking care of “the rock.” While the Gamecocks have done a good job playing takeaway, LSU is No. 2 in the nation in turnover margin – causing five opponent fumbles and four opponent interceptions.