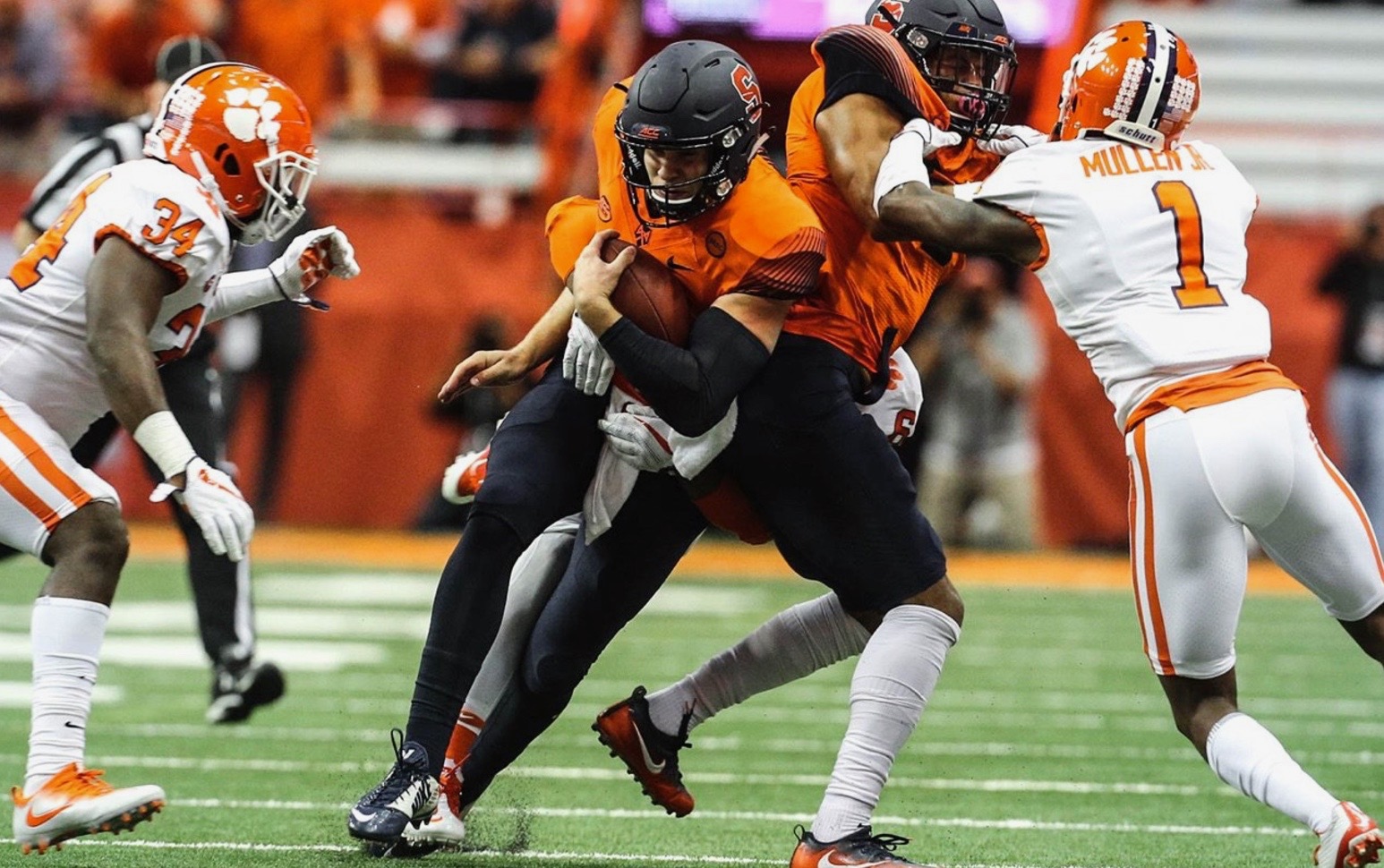 Fans stormed the field at the Carrier Dome as the final seconds ticked off of the Orange’s improbable 27-24 upset of the Tigers (6-1, 4-1 ACC).

The decisive play of the game?  A called quarterback draw that saw Syracuse signal caller Eric Dungey pick up eight yards for a game-clinching first down with 1:40 left on the clock.  Dungey punctuated the run with a twisting dive that extended the football across the Clemson 26-yard line – just enough yardage to seal the school’s seismic victory.

Head coach Dino Babers‘ team entered the game as a 23-point underdog – with an anemic 1-22 record against opponents ranked either No. 1 or No. 2 nationally.

Once Dungey’s first down was upheld by a replay review, though, simple math took over … a play clock aligned with a game clock that head coach Dabo Swinney‘s team couldn’t stop.

Dungey completed 20 of 32 passes for 278 yards and three touchdowns in this Friday the 13th showdown.  He also ran for 61 yards – including the pivotal eight yards that sent Clemson to its first loss since being stunned at home last November by unranked Pitt.

The Tigers rebounded from that loss with a five-game winning streak that led to the program’s first title since 1981.  Can they do it again this year?

Maybe … but their margin of error is officially zero …

“Every goal is there for this team,” Swinney said after the game.

On offense the Tigers looked mortal again, hamstrung by multiple injuries to the new leader of their retooled unit.

Clemson played the entire second half against Syracuse (4-3, 2-1 ACC) without  starting quarterback Kelly Bryant – who suffered a concussion in the closing moments of the second quarter.  Bryant – already hobbled by a sprained ankle sustained during last week’s win over Wake Forest – was slammed hard to the turf by Syracuse defensive lineman Chris Slayton.

Freshman quarterback Zerrick Cooper completed 10 of 14 passes for 88 yards in relief of Bryant.