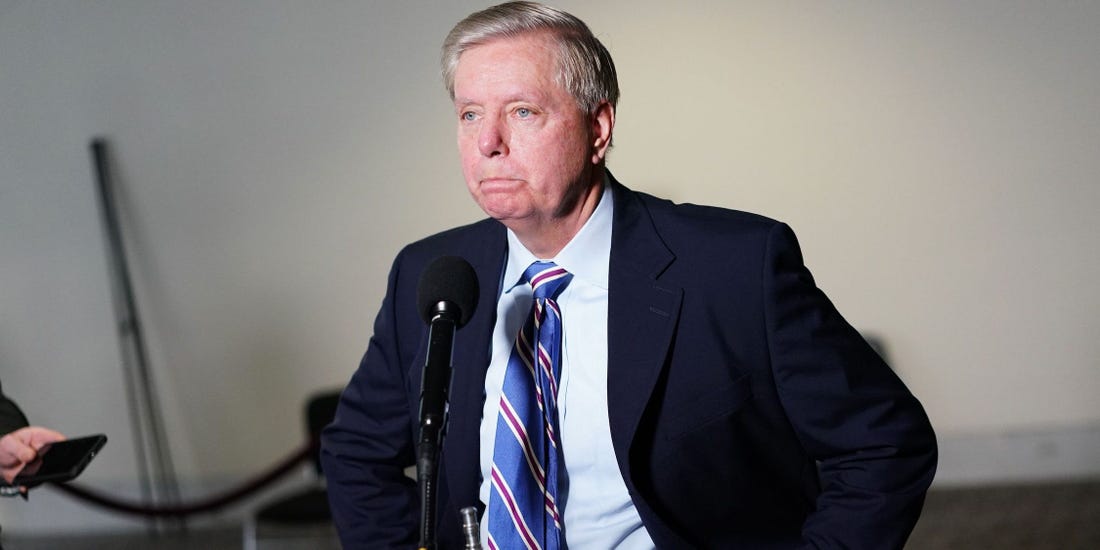 Staring down the fight of his political life, U.S. senator Lindsey Graham of South Carolina sounded an extraordinarily awkward note during an online forum on Friday evening – championing freedom of motion for young blacks in the Palmetto State.

That’s right … young black people can come and go as they please (imagine that).

But … only if they were “conservative.”

Indeed. In fact, Graham’s gaffe reminded us of statements made earlier this year by Democratic presidential nominee Joe Biden – who told internet host Charlamagne Tha God that if black voters didn’t know whether they were supporting his candidacy over president Donald Trump’s, they weren’t black.

“I’ll tell you what, if you have a problem figuring out whether you’re for me or Trump, then you ain’t black,” Biden said – one of many race-related gaffes committed over the course of the campaign by the 77-year-old career politician.

In a true “hold my beer” moment, Graham offered up the following doozy during an attempt to tout his own record on racial issues …

“I care about everybody – if you are a young African-American, an immigrant, you can go anywhere in this state, you just need to be conservative not liberal,” Graham said.

Did he seriously just say that?

Where to even start with this diarrhea of the mouth …

First, let’s address what we believe is the most offensive part of this nonsensical comment – a white politician talking about where black people can and cannot go.

Oh, and the fact that Graham’s opponent – former S.C. Democratic Party (SCDP) chairman Jaime Harrison – is a black man only compounds the idiocy of this remark.

Beyond that, Graham’s expression of such a narrow, ideologically based worldview is (like Biden’s prior remark) utterly preposterous. In fact, it is even more preposterous considering it is Graham purporting to be the arbiter of what constitutes “conservative” or “liberal.”

As if he were some sort of conservative standard-bearer …


Graham’s gaffe was also inopportune from a timing perspective … coming at a moment in this unexpectedly tight affair when it appeared as though Harrison had surrendered some momentum. According to many of Harrison’s Democratic allies, there was intense frustration over his refusal to debate Graham on Friday unless both candidates agreed to be tested for the coronavirus pandemic.

Graham refused to be tested – saying the previously agreed-upon debate rules did not call for such a condition. As a result, the debate was scrapped – replaced by back-to-back candidate interviews.

One prominent Democrat told us Harrison had “overplayed his hand,” calling his decision not to debate Graham a “bitch move.”

We agreed … but then Graham’s asinine race-related comment bailed Harrison out.

The fact we are talking about a competitive U.S. Senate election in South Carolina with less than a month to go is truly amazing, though – and underscores just how unpopular Graham has become in recent years. Democrats have not won a U.S. Senate race in the Palmetto State since 1998 – and they haven’t won a statewide election in fourteen years.

Graham limped out of the GOP primary back in June but was still expected to dispatch Harrison with ease in the November general election. The race has not panned out that way, however, with Graham struggling to rally Republicans to his banner and Harrison wildly exceeding expectations on the fundraising front.

Graham has also failed to win over independents – and (this is critical in our view) his allies haven’t lifted a finger to exploit Harrison’s vulnerability with supporters of U.S. senator Bernie Sanders.

The result? A race the Cook Political Report is now calling a “toss up.”

“This race has earned a more competitive rating – underscoring just how fast the GOP majority is slipping away if they have to defend turf like this,” Cook’s Jessica Taylor wrote earlier this week.

Can he repeat the trick again with his seat on the line?