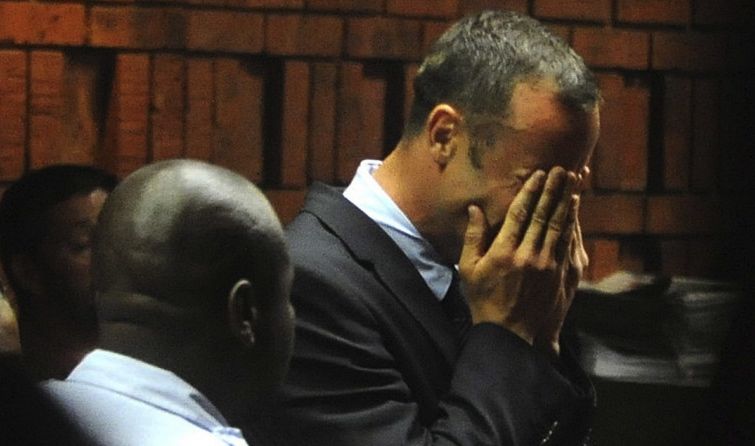 Olympic hero Oscar Pistorius (a.k.a. the “Blade Runner”) claims he did not intend to shoot and kill his supermodel girlfriend, Reeva Steenkamp, on Valentine’s Day. Instead the South Africa sprinter claims he mistook her for a burglar in the bathroom of the couple’s home in a gated community in Pretoria.

“She died in my arms,” Pistorius claimed.

According to Pistorius’ version of events – delivered in the form of an affidavit read by his attorney – the sprinter fired into his bathroom door because he heard noises inside and believed there was an intruder in the home. Only after the fact did he realize Steenkamp was not in their bedroom.

At that point he says he put on his prosthetic legs and kicked in the door to discover her body riddled with bullets.

“It filled me with horror and fear,” he claimed.

Despite Pistorius’ claims South African authorities are moving forward with a premeditated murder charge against the sprinter anyway. They allege he not only killed Steenkamp deliberately – but before doing so took the time to attach his prosthetic legs and walk seven yards from the bedroom to the door of the bathroom (where Steenkamp was reportedly cowering behind a locked door after an argument).

That’s when he fired four times – with three of the bullets striking Steenkamp.

In the wake of the murder charge, Pistorius – who made history in 2012 as the first Olympic sprinter with prosthetic legs – has lost endorsement deals with Nike and Oakley, among others. South Africa has no death penalty, although Pistorius could face life in prison if convicted of the slaying.