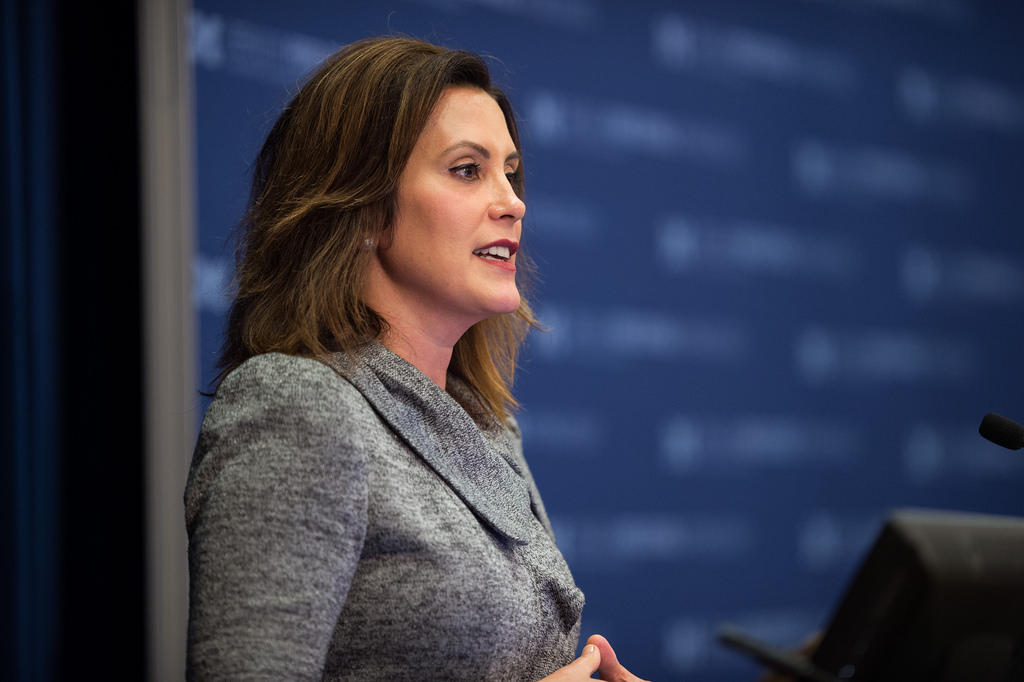 A plot by armed militiamen in Michigan to kidnap the state’s Democratic governor – among other violent acts – has been foiled by the Federal Bureau of Investigation (FBI) with assistance from the Michigan State Police (MSP) and local authorities , state and federal prosecutors announced on Thursday.

According to Michigan attorney general Dana Nessel and U.S. attorney Andrew Birge, thirteen individuals have been charged in connection with the plot to abduct Gretchen Whitmer, the Wolverine State’s über-liberal first term leader.

Six of the would-be domestic terrorists have been charged federally with conspiracy to commit kidnapping, while seven have been charged at the state level. All but one of the accused are residents of Michigan.

Two alleged ringleaders of the plot – Barry Croft and Adam Fox – are alleged to have conspired online in the hopes of organizing up to 200 soldiers for the purpose of staging an attack on the capital building in Lansing, Michigan.

Whitmer and other state leaders were to have been kidnapped in that action. After her kidnapping, Whitmer was to have been transported to Wisconsin where she would have been tried for “treason.”


Separate attacks were allegedly planned against law enforcement officers – including actions targeting officers in their homes. The goal of these coordinated assaults? To overthrow Michigan’s government and instigate a civil war.

The conspirators are alleged to have engaged in firearms drills, combat training and even prepared improvised explosive devices (IEDs) in the weeks leading up to the planned attack – which was to take place prior to November 3, 2020. They are also accused of conducting surveillance outside of the governor’s vacation residence.

The group was exposed with the help of a paid government informant who infiltrated its meetings and secretly recorded group members as they planned for the assaults.

“There has been a disturbing increase in anti-government rhetoric and the re-emergence of groups that embrace extremist ideologies,”  Nessel said at a press conference announced the charges on Thursday. “This is more than just political disagreement or passionate advocacy, some of these groups’ mission is simply to create chaos and inflict harm upon others.”

As with anyone accused of any crime, those implicated in this plot are considered innocent until proven guilty – or until such time as they may wish to enter a plea in connection with any of the charges filed against them.

Whitmer, 49, has been the poster politician for government overreach in the aftermath of the coronavirus pandemic – including the unlawful exercise of emergency executive authority in the Great Lakes State. Just last week, her authority was struck down by the Michigan supreme court.

Nonetheless, we would join all the rational voices out there who are condemning this brazen behavior.

Violence against democratically elected leaders (and against law enforcement) is not the answer … although we can certainly understand the frustration associated with the ongoing assault on liberty in this nation.

Still, that is no excuse for violence … especially violence targeting those in law enforcement who protect life, liberty and property.

Unfortunately, Whitmer wasted little time in politicizing the incident for maximum advantage in this pivotal 2020 swing state – claiming U.S. president Donald Trump was “complicit” in the attempted kidnapping by “giving comfort to those who spread fear and hatred and division.”

The White House did not take kindly to that characterization.

“President Trump has continually condemned white supremacists and all forms of hate,” his spokeswoman Kayleigh McEnany said in a statement provided to The Detroit Free Press. “Governor Whitmer is sowing division by making these outlandish allegations. America stands united against hate and in support of our federal law enforcement who stopped this plot.”

Trump has condemned violent extremism of all stripes dating back to 2017, when he rebuked an outbreak of racial violence in Charlottesville, Virginia.

“Racism is evil,” Trump said following the Charlottesville . “And those who cause violence in its name are criminals and thugs, including the KKK, neo-Nazis, white supremacists, and other hate groups that are repugnant to everything we hold dear as Americans.

Trump has been criticized in recent weeks, however, for failing to denounce a group of alleged neo-fascists known as the Proud Boys during a debate with Democratic presidential nominee Joe Biden.