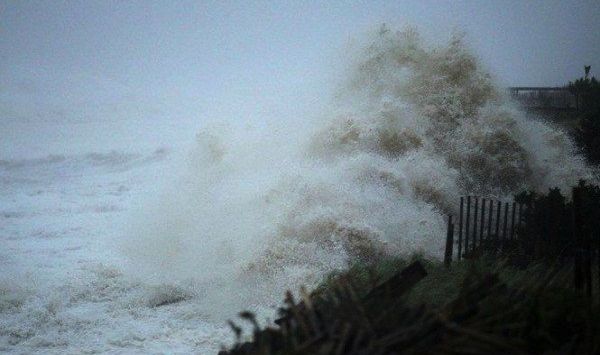 … AND HATIN’ THOSE THIRD PARTIES

Coming in the final week of a hotly contested election, Superstorm Sandy was a major political boost for U.S. President Barack Obama.  While it’s unclear just how much of an electoral edge the storm provided, it clearly afforded Obama an opportunity to be perceived as commander-in-chief while at the same time relegating his “Republican” rival Mitt Romney on the sidelines.

The storm also buried a controversy over the Obama administration’s handling of a terrorist attack on Americans (including an Ambassador) in Libya – a story that we still can’t believe was swept so completely under the rug.

“I’m so glad we had that storm last week because I think the storm was one of those things – no, politically I should say. Not in terms of hurting people. The storm brought in possibilities for good politics,” Matthews said.

Earlier in the evening, Matthews derided Americans who supported third party candidates in the 2012 election as “idiots” and people who “don’t know how the system works.”

Yo B? Where My Jobby Job At?