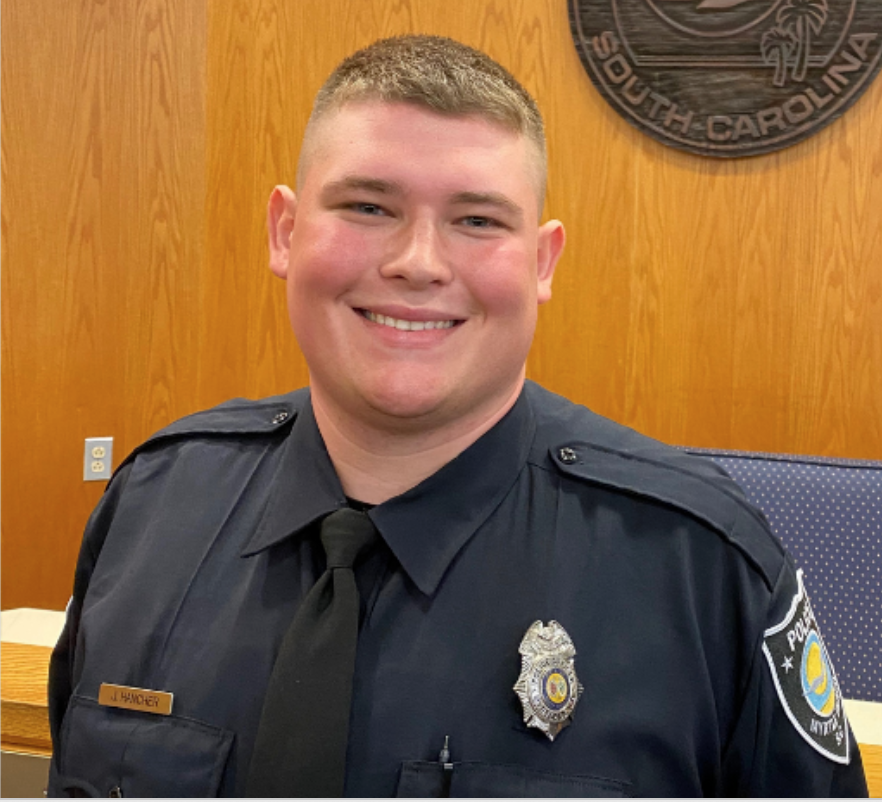 A South Carolina non-profit organization has raised more than $27,000 to support the family of the Myrtle Beach Police officer killed in the line of duty this weekend.

Officer Jacob Hancher died on Saturday while responding to a domestic violence call, according to the Myrtle Beach Police Department.

Hancher served as a community service officer for four years before he became a police officer less than a year ago.

“He was a dedicated public servant who upheld his oath to protect this community and made the ultimate sacrifice,” Myrtle Beach Police Chief Amy Prock said in a press conference Sunday. “Please keep Jacob, his family and his fellow officers in your prayers.”

The deadly incident occurred around 10 p.m. Saturday in the 400 block of 14th Avenue South in Myrtle Beach, according to police.

Police have released few details in the shooting.


According to SLED, shots were exchanged between a male suspect and Myrtle Beach Police officers at some point while they were responding to a domestic violence call.

The suspect and Hancher both died in the incident, according to SLED. Another Myrtle Beach officer was shot and taken to the hospital with non-life-threatening injuries.

100 percent of funds raised will be donated to Hancher’s family.

According to the Serve & Connect site, “Jacob is survived by his mother, Suzanne, his father and step-mother, Jeff and Kathy, his sisters, Cece and Alexis, and step-siblings, Andrew, Jensen, and Hope.”

“Remembered for his ‘pure heart,’ his mother shared, ‘He had a servant’s heart that he demonstrated with the police department, fire department and his church… He was as pure as it came,'” the serve and Connect post said.


Serve & Connect was founded in 2015 by police widow Kassy Alia Ray. The non-profit has raised more than $600,000 for the families of fallen officers and is growing with the mission of “fostering positive change through sustainable police-community partnerships” (read more about this organization here and here).

“If a picture is worth 1,000 words, then this video is worth a million words,” Myrtle Beach police posted.

“Words that cannot describe how we feel, but would describe Jacob perfectly,” the post said. “He had an infectious smile and caring attitude that changed every life he touched.”

This morning, Jacob’s body was escorted from Myrtle Beach to MUSC in Charleston.

Since Friday, there have been three officer-involved shootings in South Carolina.