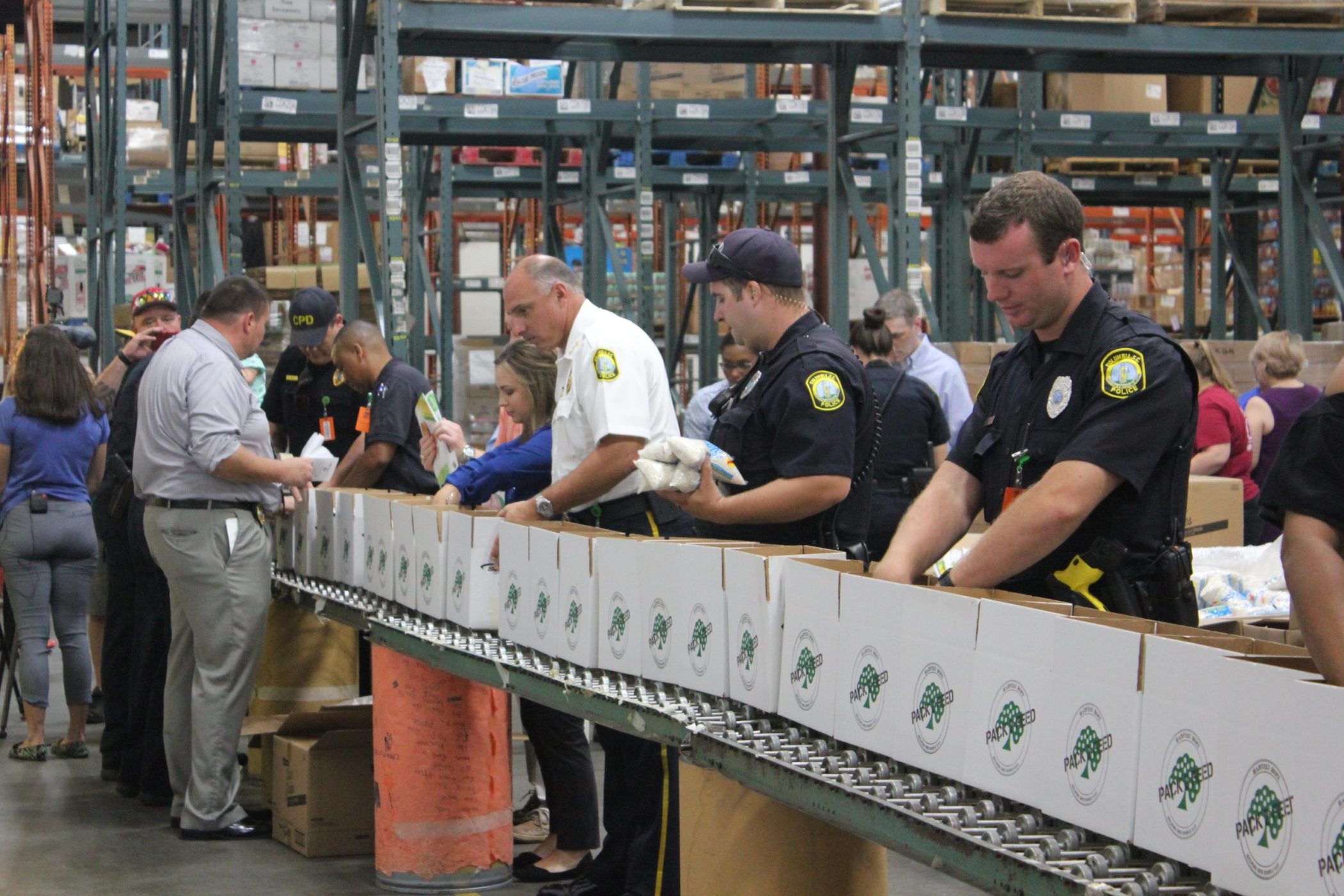 A charitable organization formed with the goal of facilitating better relationships between law enforcement officers and the communities they serve celebrated a key milestone this week. Serve & Connect – which was founded in 2015 by Kassy Alia Ray – marked the third anniversary of a program that helps to provide meals to individuals and families in need.

The program – “Greg’s Groceries” – is named after Alia’s late husband Greg Alia, a Forest Acres, S.C. police officer who was shot and killed in the line of duty on the morning of September 30, 2015 (leaving behind Alia Ray and the couple’s then-six-month-old son, Sal).

In a recent interview with our founding editor Will Folks, Alia Ray shared her motivation for founding this organization.

“I felt deeply called to do something that could make a difference and help bring people together,” she said. “While I believed (and still do) that supporting our police is important, I also recognized that doing so alone wouldn’t bring about real healing and unity between police and communities that are distrustful of police.”

According to Alia Ray, “Greg’s Groceries” – which has delivered more than 45,000 meals over the last three years – helps to “spread small acts of kindness between police and community and enhance police departments’ ability to implement effective community policing practices.”

“(Greg’s Groceries) is an important and impactful community resource readily available to Columbia police officers to use when they identify a family or individual in need of essential non-perishable food items,” said Columbia, S.C. police chief Skip Holbrook. “An equally important outcome part of this program is assisting officers in building trust and relationships with some of the most vulnerable citizens we serve.”

Harvest Hope food bank – which works with Alia Ray’s group to help distribute these meals – said Serve and Connect and the police agencies with which it partners have been “crucial” to its ongoing mission of “reaching our neighbors in need.”

“Greg’s Groceries has been fundamental in helping us reach communities where the need is great through law enforcement officials,” said Wendy Broderick, chief executive officer of Harvest Hope. “We are grateful for this partnership that allows us to continue our mission of building a hunger-free tomorrow.”

This news outlet has always admired the work of Serve and Connect, but it wasn’t until we interviewed Alia Ray earlier this year that we began to truly understand just how vital a role her organization plays in our state – and how inspirational her story truly is.