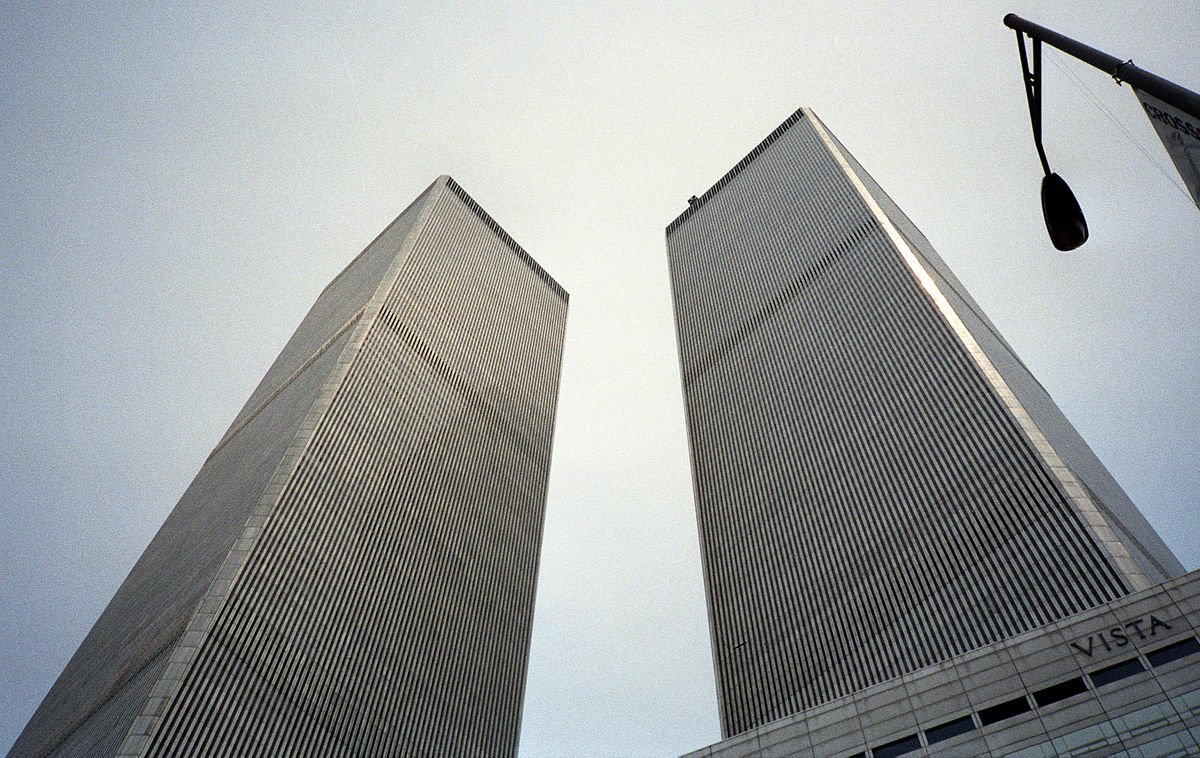 Hard to believe it’s been nineteen years since the September 11, 2001 terrorist attacks – a defining moment in American history that will obviously never be forgotten (even as far too many of its lessons continue to go unheeded). On a gorgeous late summer morning, four commercial airliners were hijacked by suicidal terrorists acting on orders from Osama bin Laden – the leader of the al-Qaeda terror network.

Most of the hijackers were Saudi Arabian nationalists – a thread that remains disturbingly un-pulled.

Two of those planes slammed into the World Trade Center towers in lower Manhattan – forever searing images of unimaginable horror into the consciousness of a nation.

#NeverForget? How could we forget …

A third plane crashed into the Pentagon in Arlington County, Virginia, while a fourth crashed into a field in Shanksville, Pennsylvania after a group of brave Americans stormed the cockpit and challenged the terrorists – sacrificing themselves to save untold lives on the ground.

How did America respond? Ultimately, not very well …

As we noted in a recent anniversary post, “one president fought the ‘wrong war,’ another the ‘right war.'” We tortured some of our suspected enemies. We gave weapons to others … all while the multi-trillion dollar price tag associated with our response kept growing.

We did occasionally get it right, though … targeting specific terrorist leaders and eradicating them.

Meanwhile, on the home front the 9/11 attacks precipitated the rise of an Orwellian spy state in which essential liberties have been shredded in the name of fighting terrorism. This ongoing, unconstitutional intrusion has also come at an escalating price tag.

We rarely find ourselves in agreement with “conservative” bloviator Erick Erickson, but he had a provocative piece up this week that we felt (for the most part) hit the proverbial nail on the head.

“We unite each year with a hashtag that says #NeverForget (but) we have forgotten what it all meant,” Erickson wrote. “We forgot what it meant to be united as a nation that recognizes there are bad guys out there and evil is real.”

“Then unity. Now hell,” Erickson continued. “The terrorists won. The Russians are winning too. They sought to divide us, not steal an election. We are divided.”

Setting aside Erickson’s hyperbolic, hypocritical Russophobia for the moment, his basic point remains a sound one – and it is one we have made repeatedly in recent years (see here and here). It is a point about noise replacing news, cacophony supplanting conversation and mindless screaming shouting down the open-minded discourse we should be having.

The noise and shouting are getting worse, too …

Such judgments have become reflexive, too. Based not on facts, but rather tribe. With the only reliable standard being that both sides are habitually guilty of a double standard.

“We lack the character, courage, and conviction of those who were on Flight 93 and now use their flight and valor shamefully and politically in a never ending cycle of must-win elections when really few things ever change except the level of hate for the other side,” Erickson added. “It always ratchets up.”

How do we fix it? Certainly not with #NeverForget hashtags. Or by relentlessly pursuing new enemies (foreign and domestic).

Perhaps we should start with something simple? Like remembering a day in our nation’s history when we were all truly united? When the law enforcement officers and first responders who risked (and lost) their lives to save others were treated with the respect they deserved?

Maybe that is the real lesson of 9/11 … that unity is possible.