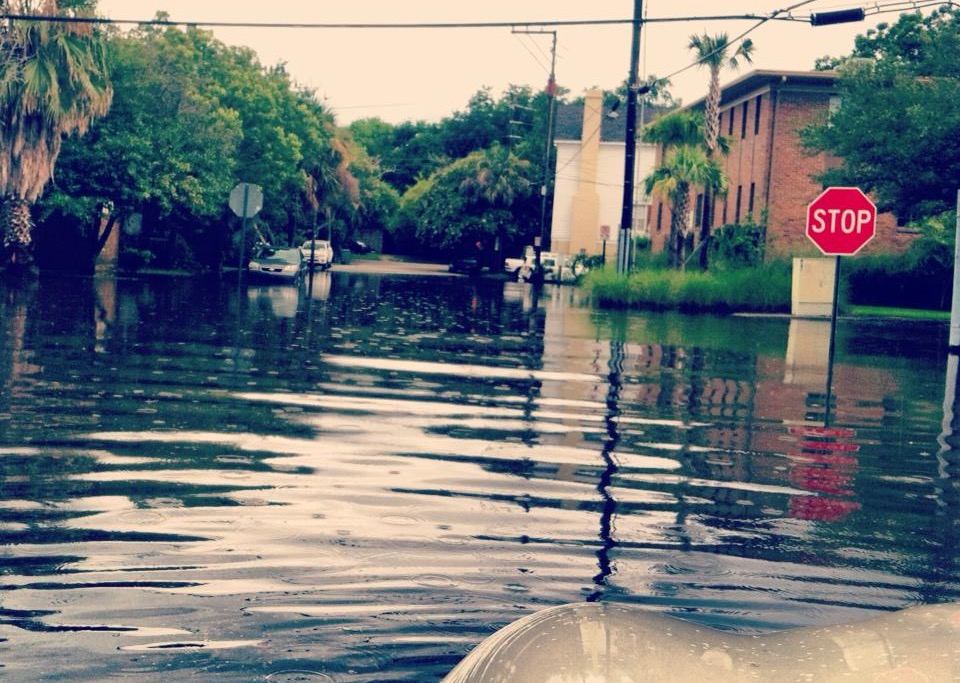 Embattled Charleston, South Carolina mayor John Tecklenburg continued his descent into left-wing madness this week by announcing that the city had entered into an agreement with eco-radical attorneys in California to sue “Big Oil” in the hopes of holding the industry accountable for persistent flooding issues in the Holy City.

Which Tecklenburg and his allies attribute to man-made global warming …

This suit – the first of its kind in the southeast – was filed with assistance from local attorney Joseph Griffith of Mount Pleasant, S.C. It names a host of “fossil fuel” defendants including BP, Chevron, Exxon, Shell and Marathon.

“We are filing a lawsuit today against Big Oil,” Tecklenburg said. “And the reason is they have contributed through an intentional deception to change the story of the impact of the burning of fossil fuels on climate change on this planet.”

If Big Oil has been successful in an “intentional deception,” we haven’t seen any evidence of it.

Nonetheless, Tecklenburg (above) claimed Big Oil has been lying to the public for decades about the impact of its industry on the planet.

“As this lawsuit shows, these companies have known for more than fifty years that their products were going to cause the worst flooding the world has seen since Noah built the ark,” he said. “And instead of warning us, they covered up the truth and turned our flooding problems into their profits. That was wrong, and this lawsuit is all about holding them accountable for that multi-decade campaign of deception.”

It is curious Tecklenburg would reference a “multi-decade campaign of deception.”

We wonder … does he include his own family in that definition?

After all, Tecklenburg’s father – Henry Tecklenburg Jr. – was chairman of Orangeburg, S.C.-based Power Oil company (a local Shell distributorship) beginning in the early 1960s. And Tecklenburg himself ran Southern Oil company – regional “shore-to-ship” oil transfer provider – from 1982 until he sold the company in 1995.

Now he wants to lecture us as to the evils of big oil? And its “decades-long campaign to deceive the public, press, and policy makers?”

Astoundingly, reporter Mikaela Porter of The (Charleston, S.C.) Post and Courier – an outlet which has been “in the tank for Teck” for years – neglected to mention a word about the mayor’s extensive oil connections in her report on the lawsuit.

Anyway, Tecklenburg wants the two dozen defendants named in the action to cover the city’s costs of addressing the flooding – which it has estimated at more than $2 billion. That estimate would include the construction of a $1.75 billion “flood wall” around the city’s historic peninsula.

“It’s not fair for the citizens of Charleston to bear the burden of that cost,” Tecklenburg said. “If we don’t act now, the future of our city is in jeopardy.”


For once, we agree with Tecklenburg. He is absolutely correct when he says that the future of Charleston is in jeopardy … although flooding is just one of the elemental threats it is facing.

A rising tide of violence has targeted Charleston’s historic city center – and Tecklenburg has eagerly accommodated those responsible for it. Not surprisingly, the fallout from this ongoing unrest has sent tourists fleeing and left many local businesses fearful for their future. Meanwhile, Tecklenburg has championed (dishonestly, some say) the erasure of Charleston’s history – which could erode its status as one of America’s top tourism destinations.

Make no mistake: We believe flooding in Charleston is a legitimate public safety issue. The numbers don’t lie. What is causing it, though? And who (if anyone) is to blame? Those questions aren’t likely to be answered by eco-radical ideologues filing gimmicky, opportunistic lawsuits.

What this debate needs is more facts … and less hypocrisy.

Particularly when it comes to the mayor of Charleston …