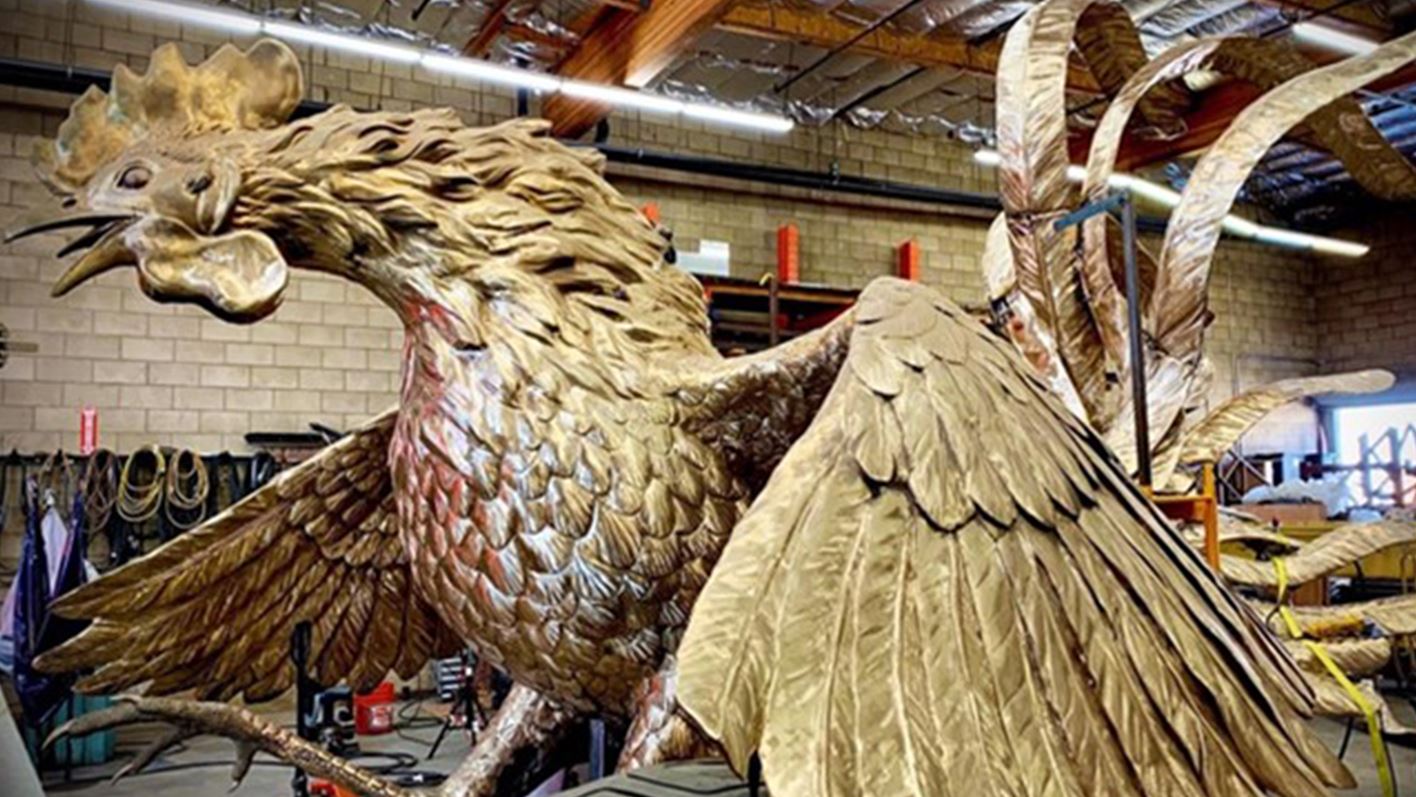 Far fewer football fans will be in attendance at Williams-Brice stadium this fall thanks to the coronavirus pandemic, but the University of South Carolina program is welcoming them to games this fall with an “iconic” new centerpiece.

The school’s athletics department announced on Thursday that it was placing a $1 million bronze sculpture of a fighting Gamecock in the Springs Brooks plaza just outside the northwest corner of the stadium. The big bronze bird – which stands approximately twenty feet tall and twenty feet wide (and weighs upwards of 20,000 pounds) – is currently en route to the Palmetto State from San Diego, California.

Over the next two weeks, the statue will be erected and placed on a pedestal near the corner of Bluff Road and George Rogers Boulevard outside the stadium. That means it should be ready for unveiling by the time head coach Will Muschamp’s Gamecocks open their ten-game, conference-only schedule on September 26 against No. 25 Tennessee.

“We needed something iconic,” said David Seaton, one of the alumni whose contributions financed the project. South Carolina Athletics is ready for a big period in time. This is not just a football team. This is athletics. For decades to come, people are going to want to come and get their picture made in front of the Gamecock. Just knowing that people love our school and support our athletics program, that’s exciting to me.”

South Carolina fans are extremely loyal … although the current direction of the program is clearly testing that loyalty.

Muschamp guided South Carolina to a .500 winning percentage and bowl eligibility in his first year in Columbia in 2016 and continued this upward trajectory the following season – leading the Gamecocks to a 9-4 record capped by a come-from-behind Outback Bowl win over Michigan. Since then, however, South Carolina has posted an 11-14 overall record and an anemic .438 winning percentage in conference games.

Nonetheless, officials are excited about the addition of the new sculpture.

“We are very appreciative of David and Lynette Seaton and Bill Horton and Mary Major, whose donations paid for this statue,” said embattled Gamecock athletics director Ray Tanner. “We have all been patiently waiting for it to arrive here.  Its large size and intricate details make this statue unique.  It will be worth the wait to have this magnificent statue in front of Williams-Brice stadium.”

Williams-Brice has been approved to admit only 20,000 fans per game this year (less than a quarter of its listed capacity of 80,250 fans). School officials are requiring anyone entering the stadium to wear a mask – and have imposed bans on tents surrounding the venue in an attempt to discourage tailgating.

Will the on-field product be worth watching? To read a preview on the upcoming season penned by our own Lee Wardlaw, click here.