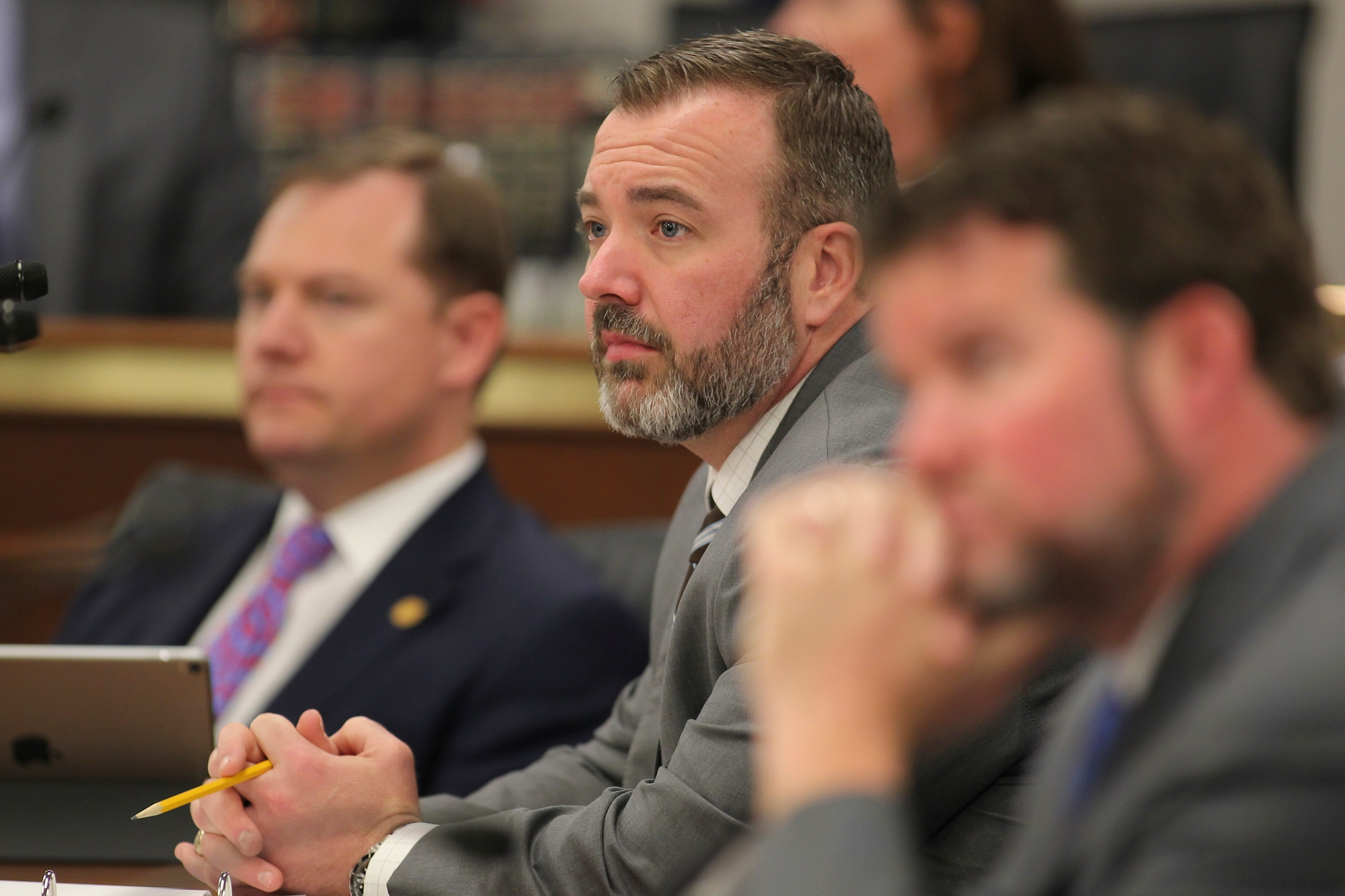 Of all the incumbent “Republican” state senators in South Carolina, Stephen Goldfinch of Murrells Inlet was the most vulnerable heading into the 2020 election cycle. A stiff breeze would have knocked him over in a GOP primary, multiple pollsters familiar with the situation told us.

Goldfinch narrowly won his seat in 2016 – holding off a scandal-scarred past and the “un-dorsement” of his former ally, then-governor Nikki Haley.

Somehow, Goldfinch managed to avoid a primary challenge – and faces only token Democratic opposition in November as he seeks a second four-year term in office representing S.C. Senate District 34 (.pdf).

Secure in his position, the 37-year-old lawmaker is mixing things up at his alma mater – The Citadel. According to a report from Thomas Novelly of The (Charleston, S.C.) Post and Courier, Goldfinch has demanded the resignation of the government-run military college’s board chairman.

Not only that, he has threatened to legislatively remove the chairman – colonel Fred Price – if he declines to step down prior to lawmakers voting on his reappointment later this month.

“Enclosed you will find a piece of legislation that eliminates the service of anyone on the board of visitors who has served more than twelve years,” Goldfinch wrote in a letter obtained by Novelly. “I WILL be filing this legislation and seeking immediate consideration if Fred has not resigned by September 22, 2020.”

Price has been on the Citadel board since 2007 and served as its chairman since 2017.

Board seats at South Carolina’s government-run colleges and universities are selected by House members and senators during a joint session of the S.C. General Assembly. These legislative elections were originally scheduled for May, but the coronavirus pandemic cut the session short.

As of this writing, lawmakers are scheduled to vote on these nominations on Wednesday, September 23, 2020 during their fall session.

Why is Goldfinch so upset? According to his letter, he is livid over changes to the school’s class structure – backed by Price – which are intended to reduce incidences of hazing on campus. Specifically, Goldfinch wants the school to preserve its long-standing tradition of keeping cadets with their companies during the entirety of their four years at the school.

Price and others want to move cadets into new companies after their freshman (or “knob”) year on campus.

Hazing has been an issue for years at the Citadel, and efforts to limit it have been part of a broader culture change on the campus in recent years. For example, The Citadel was an all-male campus until 1995 when it admitted Shannon Faulkner of Powdersville, S.C. after losing a federal lawsuit. Faulkner did not last long at the school, however. The first woman to graduate from the institution? Nancy Mace of Daniel Island, S.C., the Republican nominee for the S.C. first congressional district this fall.

Goldfinch has been trying to get Price ousted for months – including a failed bid aimed at getting him to resign his chairmanship while maintaining his seat on the board. According to Novelly’s report, the freshman senator went so far as to type up a resignation letter for Price to sign back in March.

Price refused. Now Goldfinch is vowing to “bloody” the board chairman – whom he refers to as a “bad apple.”

Meanwhile, the administration of the school is worried Goldfinch’s machinations could result in unwanted scrutiny from accreditors – not unlike the undue influence exerted during the recent selection of Robert L. Caslen as president of The University of South Carolina.


Our take on all of this? Honestly, we do not care how The Citadel chooses to structure its classes. Nor do we care who serves on its board. We believe Goldfinch is behaving like a child, but ultimately his success or failure in attempting to oust Price from this position is of no consequence to us.

What is extremely consequential from our perspective? The ongoing subsidization of higher education by beleaguered South Carolina taxpayers.

As we noted in a post about another controversial college board election, this news outlet does not endorse candidates in elections for university trustee positions. Why not? Because we do not believe higher education is a core function of government – particularly not the way it is done in South Carolina.

Accordingly, picking sides in those battles would be hypocritical of us given that we have repeatedly called for government-run colleges and universities to be “set free to pursue their destinies in the private sector.”

Indeed. And given the extent to which the pandemic has placed additional strain on the U.S. economy, it is imperative government at all levels confine itself to core functions moving forward.

UPDATE || The Goldfinch gambit paid off … Price has resigned.