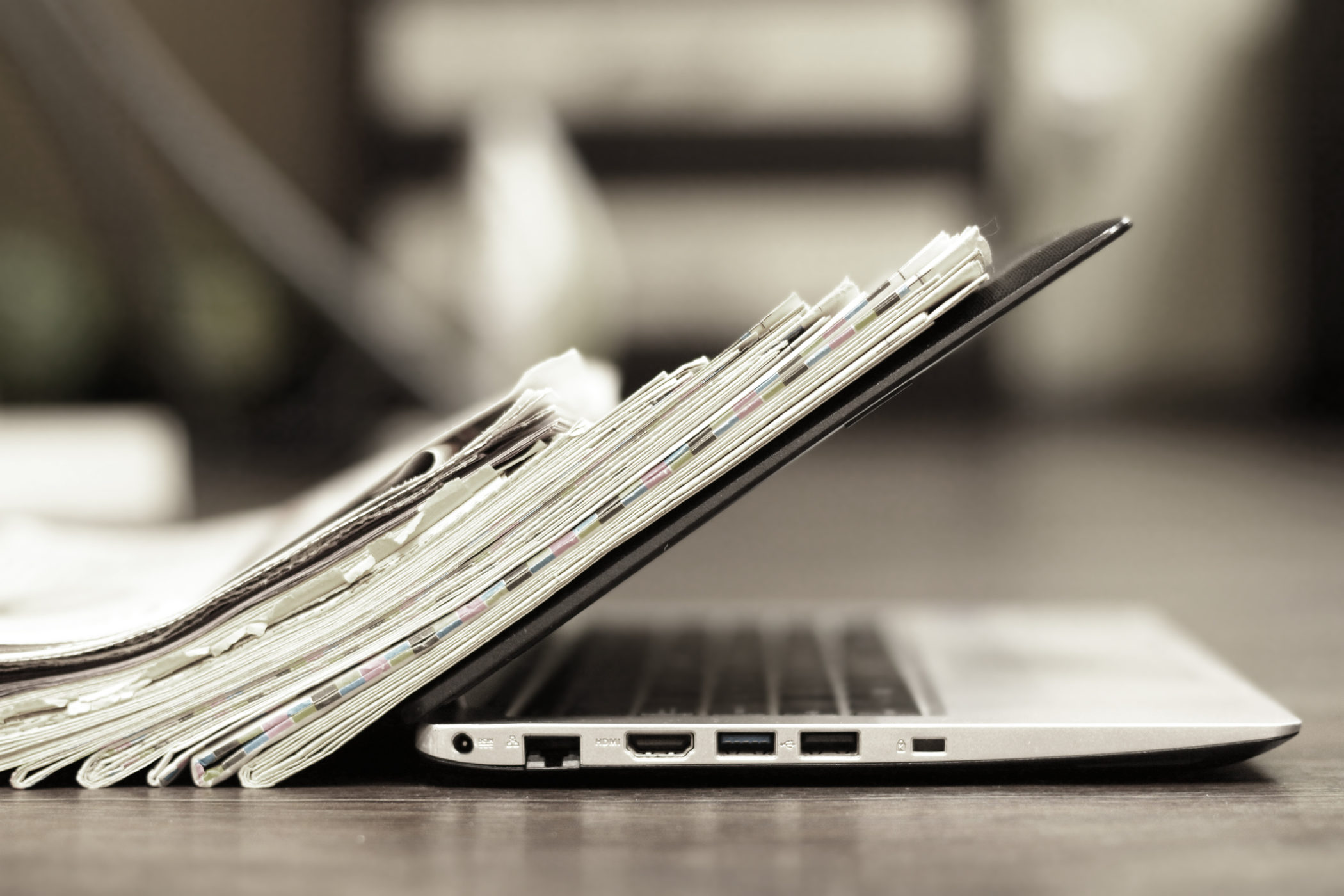 Reporters at a pair of Lowcountry, South Carolina newspapers have initiated an effort to form “the state’s first active newspaper union,” according to a press statement. The reporters – who work at The (Hilton Head, S.C.) Island Packet and The Beaufort Gazette – reportedly “signed cards authorizing union representation” by the Washington-Baltimore News Guild, part of the Communications Workers of America.

“The employees have requested voluntary recognition from management, citing overwhelming support among staff,” the release stated, noting that “more than eighty percent of eligible reporters, photographers and producers at the newspapers” signed their union cards.

Both the Packet and the Gazette are owned by McClatchy –  the nation’s third-largest newspaper publisher and the erstwhile owner of five daily papers in South Carolina including The (Columbia, S.C.) State, The (Myrtle Beach) Sun News, and The (Rock Hill, S.C.) Herald.

The new organization is operating under the name The Packet/ Gazette Guild.


According to the workers, these developments bode poorly for newspaper positions.

“The hedge fund ownership model has cut newsroom and production jobs across the country by prioritizing profits over local news,” their statement noted. “The Packet/ Gazette Guild journalists want a seat at the table when it comes to decisions about their workplace, and believe that unionizing the newspapers will ensure the highest quality journalism for decades to come.”

The Packet and Gazette used to operate as independent outlets, but McClatchy consolidated them into a single paper. According to the workers, there are now only “eleven full-time reporters and visual journalists” serving the region – down from a contingent of forty reporters a few short years ago.

“The journalists in both newsrooms want to restore and preserve these institutions by giving present and future staff a louder voice,” the release stated. “By unionizing, the journalists want to ensure wage equity and fair hiring processes that prioritize diversity, among other goals.”

Sounds a lot like the mainstream media’s “new orthodoxy,” doesn’t it?

To be clear: We do not begrudge rank-and-file journalists for being disgruntled with their McClatchy overlords – many of whom continued to collect fat salaries/ bonuses and draw all manner of perks/ benefits at a time when the company was hemorrhaging jobs.

The workers on the losing end of that equation have legitimate grievances, we are sure. But is a union the best method of addressing them?

Or would it merely exchange one set of corrupt masters for another?

This news outlet has taken a historically dim view of organized labor. Of course we are not fans of crony capitalist corporations either … especially when their success comes at the expense of the broader work force (as it too often does in the Palmetto State).

South Carolina, incidentally, is a right-to-work state. That means unions are welcome to form within its borders – and engage in collective bargaining with management – but individual workers are not required to join such shops (and pay union dues) unless they want to.

Despite recent pushes by organized labor, South Carolina had the lowest percentage of unionized workers in America (2.2 percent) according to data from the U.S. Bureau of Labor Statistics (BLS).

All told, there were 14.6 million unionized workers in the United States last year – representing 10.3 percent of the American workforce, per BLS data. Keeping unions in business? Government. According to the data, 33.6 percent of taxpayer-funded workers were unionized compared to just 6.2 percent of private sector workers.

We will keep an eye on this unionization push as it develops … including whether it spreads to other media outlets across the state.