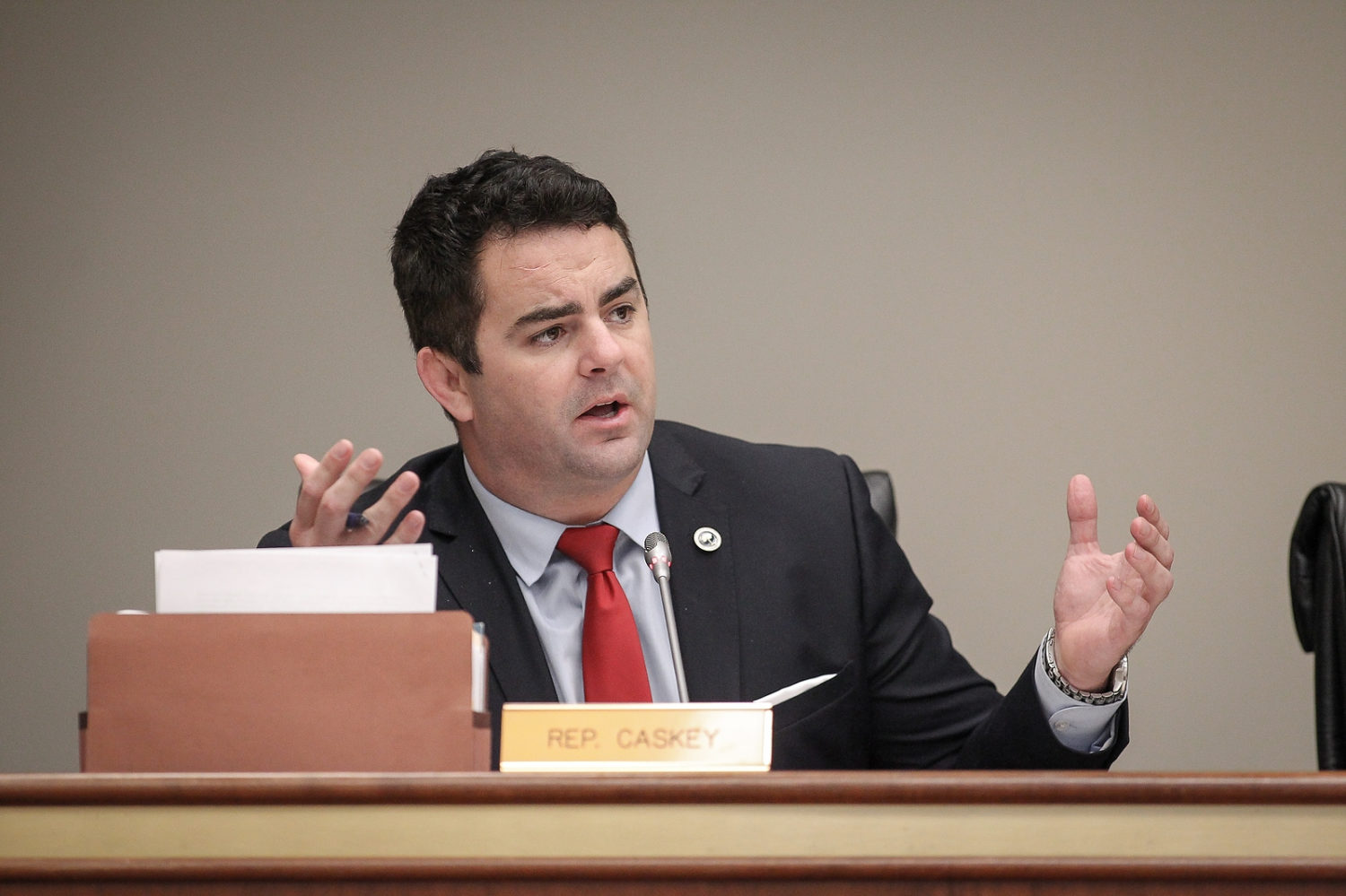 South Carolina state representative Micah Caskey is reportedly contemplating a bid for majority leader of the S.C. House of Representatives – a post which has been held for the past four years by veteran lawmaker Gary Simrill of Rock Hill, S.C.

Caskey – a second-term Republican from West Columbia, S.C. – is a former prosecutor who served two combat tours in Iraq and another in Afghanistan. He was elected to represent the citizens of S.C. House District 89 (.pdf) in November 2016 – and is currently running unopposed in his bid for a third term in this seat.

Caskey is no stranger to leadership positions in the legislature, having been chosen chairman of the House’s bipartisan “freshman caucus” shortly after his election in 2016.

The 39-year-old bachelor did not dismiss the notion of seeking this seat when we reached out to him last week.

“It’s too early to say for sure,” he told us. “There’s a long time between now and the organizational session. I’m ready to help our caucus in whatever way I can be useful.”


House members are scheduled to gather in December 2020 following the November elections to get ready for the reconvening of the legislature in January 2021. During this organizational session, elections would be held for leadership positions within the chamber. During the same session, S.C. speaker of the House Jay Lucas is also scheduled to dole out committee assignments – a process which invariably has an impact on those leadership races.

Simrill, 54, is one of Lucas’ top allies in the House. He is also a vice chairman on the influential House ways and means committee.

In other words, challenging him will be no easy task …

As of this writing there are 78 “Republicans” and 45 Democrats in the S.C. House – with one seat currently vacant (but soon to be filled). As we reported last month, there is also a potential race underway for the position of S.C. minority leader – which has been held for the last seven years by state representative Todd Rutherford of Columbia, S.C.

Stay tuned … we will keep a close eye on this potential GOP leadership race if / when it becomes a reality.